The monument bears the names of all 22,442 who died during the invasion 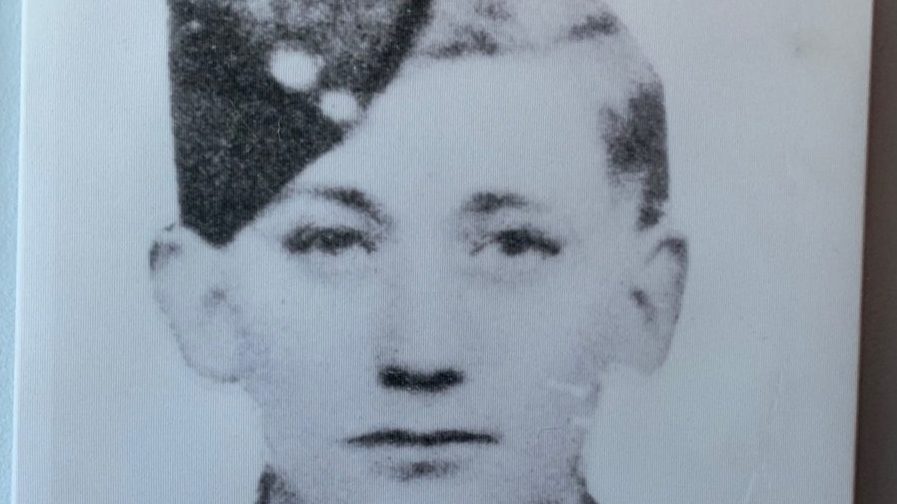 The new Normandy Memorial in France, honouring those who fought in Normandy and at the D-Day landings including Camberwell VC hero Sidney ‘Basher Bates’, was officially opened last weekend by HRH the Prince of Wales.

The memorial was unveiled in Ver-sur-Mer, overlooking Gold Beach, to mark the 77th anniversary of the Normandy landings. 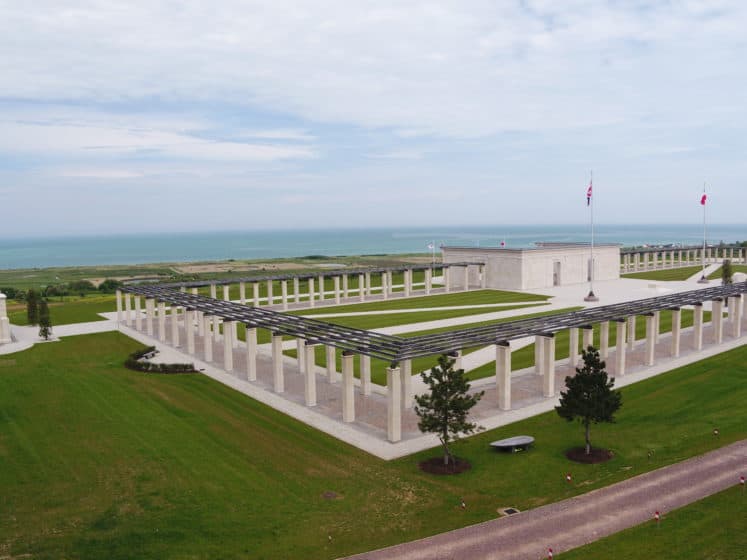 Above: The memorial viewed via drone, and below, Sidney Bates’ inscription. Images courtesy of britishnormandymemorial.org 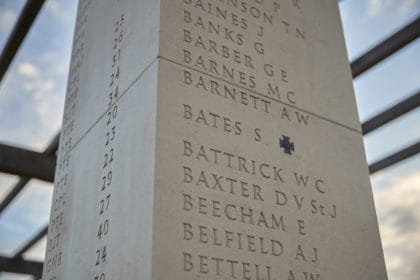 Sidney Bates was posthumously awarded the Victoria Cross, the highest military honour for gallantry, after he sacrificed himself to hold the Perrier Ridge for the Allied Forces against a German Panzer advance.

Shot three times, hit by mortar, and seeing his childhood best friend killed, he carried on charging until he collapsed, eventually wrapping himself around his friend’s machine gun and continuing firing, all while critically injured. His actions helped save his division, and forced the enemy to retreat.

Bates was taken to hospital and died two days later. He was just 23 and had only been in France for two months. Before the war he had been a keen boxer and well-known happy prankster who had joined up after saying goodbye to his family – some of whom still live in Camberwell – with a pint in The Sultan pub.

Maintaining the Allies’ strategic position on the ridge is one of many small victories that ultimately helped turn the tide and win the war. 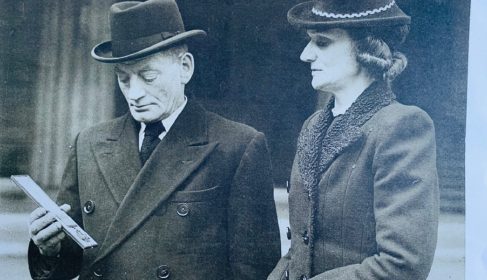 Mr and Mrs Bates at Buckingham Palace, with their son’s Victoria Cross

As his great nephew told us when Bates was nominated for a Southwark blue plaque:  “Even though he was from a very humble background his actions changed the course of many lives and saved many lives.

“It is so important that we continue to remember what sacrifice these young lads made to give us a better world to live in.”

Bates was held in such esteem that when his family home was destroyed during the Blitz, Winston Churchill personally intervened to ensure his parents were financially supported.

As the epitaph on Corporal Sidney Bates VC’s headstone reads: ‘His parents proudly remember him as a true Camberwell boy and a loving son.’ 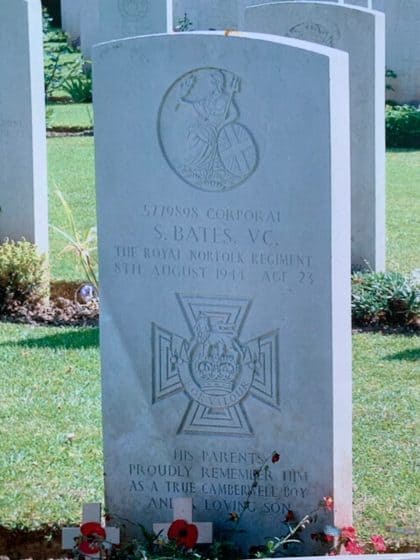