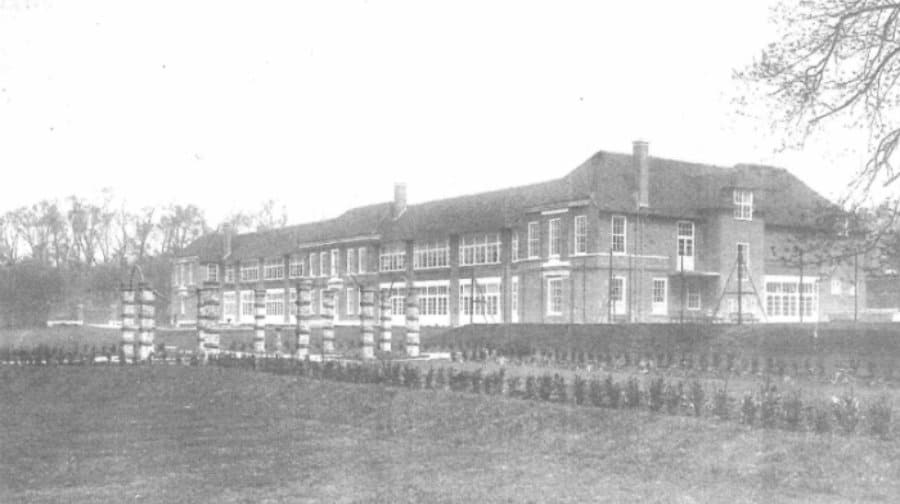 Most children were evacuated out of London during the Second World War but for the ones left behind, the bombsites were their playgrounds.

A recent haul of magazines recovered from what became the South London Emergency School, tells of the everyday walk to war for the girls at Honor Oak School.

Dated 1938 to 1942 the magazines, which recently came into the possession of the Peckham Society, list exam results, university places and form representatives alongside adverts from the Jones and Higgins department store.

The Peckham institution sponsored the magazine and stocked the school’s uniform – a school coat would have set you back 25s and 11d in those days. Editions of the magazine from 1938 told of a procession for the Coronation of King George VI, an inspection from the London County Council (the Ofsted of the day) and a visit to a County Hall to hear the Berlin College of Music singers and an orchestral competition with Mary Datchelor School in Camberwell.

Despite the Second World War looming on the horizon a group of senior girls took a trip to Germany and even visited a Hitler Youth Group where they socialised together at a dance.

In 1939 a deputation of girls also attended a conference of the League of Nations Union in London. In 1940 the whole school was evacuated to Reigate, where the ‘native’ pupils would take lessons Monday to Wednesday and Honor Oak pupils, Thursday to Saturday.

The girls mucked in with the harvesting of the wheat crop as there was then a great shortage in farmers who had gone off to the Front.

In 1942 the magazines document when the building became the South London Emergency School for children who had been displaced by the war or had to stay behind with their families. Blast walls were erected on the outer side of some of the classrooms and some of the cloisters were bricked in to form impromptu air raid shelters.

The girls were sent out on collecting salvage missions, described as ‘the work of national importance for old girls and girls leaving school’. In wartime, scouts and school pupils were often tasked with collecting anything from waste fat to paper and tins.

Audrey Putney (nee Cummings) was a pupil at the South London Emergency School between 1942 and 1946. She recollected in a recent edition of the Peckham Society News how lessons would frequently be interrupted by flying bombs.

“We were quite amused by the different attitudes of individual teachers at the time. One teacher who was very strict and severe would have us all under the desks at the first sound of a doodlebug and we stayed there until after the bang, while another who was much more casual and friendly chose to ignore the whole thing and we carried on as if nothing was happening,” she wrote.

“During the summer holidays the older girls were allowed to go into the school to us the grounds and some of us took full advantage of this and played endless games of tennis. We would play on a court that was next to an outside air raid shelter. When a flying bomb came over we played until the last minute, dived down into the shelter until we heard the explosion and then came out and resumed our game. However one morning when we came in to play tennis we found that the school had been quite badly blasted by bombs during the night with he result that the upstairs classrooms were covered in broken glass. Some of use decided to go through to the upstairs desks and rescue the textbooks. We then placed the books in plies in their different categorises and left them for the teachers to put in cupboards downstairs. That was the end of our summer tennis.”

“At the end of the holidays when we assembled in our damaged and boarded up hall we were told that we would not be able to use the upstairs classrooms as it was too dangerous. Also no one could remember in which cupboard the hymn books had been placed so we had to sing a hymn to which everyone knew the words. We gave a very rousing rendition of Jerusalem and to this day I never hear Jerusalem sung without being taken back to that occasion.”

The Honor Oak School started life as the Peckham Country Secondary School, which opened in 1906 in Sumner Avenue as a grammar school for girls. In 1931 a new school for 450 girls was built on the site of the Priory Farm in Homestall Road, Dulwich and renamed Honor Oak School. In 1978 Honor Oak lost its grammar school status when it merged with the Friern Girls’ Secondary School on Peckham Rye to become Waverley Comprehensive and latterly Harris Academy.

With thanks to the Peckham Society News. 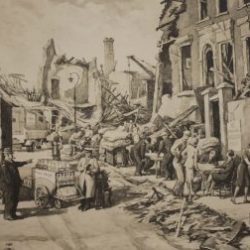