“This murder was a notorious case at the time,” Anna said, “because it sparked such a treasure hunt to find all of the body pieces.” 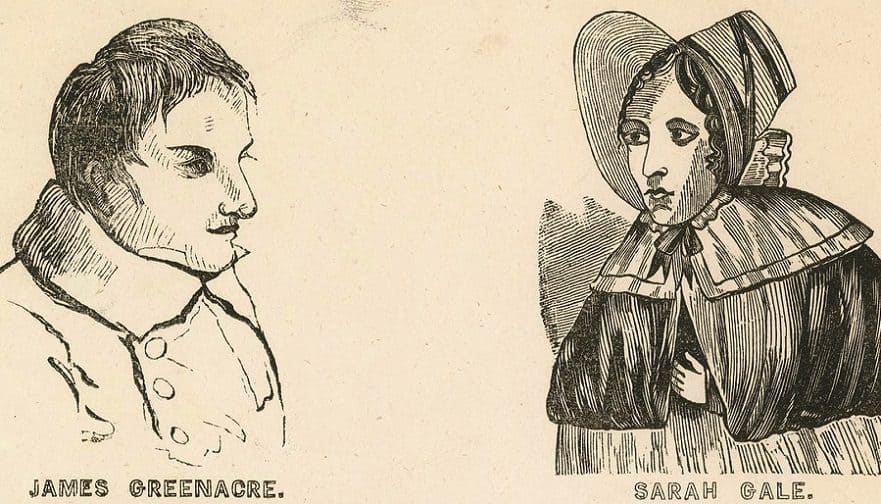 One of nineteenth-century London’s most gruesome murder stories, that put a devious Camberwell couple front and centre in the public’s eye, has been given a new lease of life by a local novelist.

It was three days after Christmas day, 1836, that a woman’s torso was discovered in Edgeware Road.

To the city’s excitement, an inquest’s jury gave the verdict on New Year’s Eve that whoever the torso belonged to must have been killed by “wilful murder against some person or persons unknown”.

The two freak discoveries were linked by the parish surgeon of Edgeware Road, who – using the primitive pathological techniques of the time – judged that the two pieces “fitted together”.

But the mysterious case being reported in London’s newspapers was brought unsettlingly close to home for the people of Camberwell. Walking beside a ditch along Coldharbour Lane, two labourers discovered a pair of legs poking out of a sack, which were also linked to the dead woman.

The victim’s brother identified the body as that of Hannah Brown, a washer woman who had been living with the main suspect, James Greenacre, in a house in Windmill Street (now Wyndham Road).

Mr Greenacre immediately became the centre of the Met Police’s investigation, as did his recently separated partner, Sarah Gale. Ms Gale was linked after fragments of her four-year-old son’s clothing were found in the sack used to dispose of Ms Brown’s legs.

Newgate Prison, where Greenacre was held

A warrant for their arrest was issued on March 24, 1837, and the reunited couple were apprehended at Mr Greenacre’s temporary lodgings in Kennington Road.

On April 10 they were dragged before a court room at the Old Bailey. Mr Greenacre was charged with murder, and Ms Gale with aiding and abetting him.

Without spoiling the story for you too early, one of the suspects was sentenced to death and hanged. The other got off with a punishment that in fact gave them the opportunity to start a new life.

But it is from here that our present-day story teller, Anna Mazzola, 38, from Camberwell, picks up the tale and presents her protagonist: Edmond Fleetwood.

Though given a fictional name, Anna has based Mr Fleetwood on a real character from the story. He was a barrister appointed by the Home Office, after a petition was put to King William IV, to appeal Ms Gale’s conviction.

“My novel begins with Mr Fleetwood being appointed to investigate [Ms Gale’s] petition to the King, because she claimed innocence,” Anna says.

“The lawyer [Mr Fleetwood] was appointed by the home secretary. This happened extremely rarely.

“Ms Gale’s case was widely publicised, partly because there wasn’t a lot of evidence against her, and because a lot of the newspapers supported her. The Times, The Spectator, and The London Herald were all reporting it in great detail.”

King William died on June 20, 1837, meaning one of his last acts on the throne was to nominally grant the Home Office permission for Ms Gale’s case to be investigated.

Anna said she was also fascinated by Mr Greenacre, whom she describes as a carpenter, and who also worked as a green grocer in the Old Kent Road, and had lived in a slum in Bowyer Lane.

Why did he commit such a horrendous murder?

“Ms Brown had been down to marry Mr Greenacre at St Giles Church on Christmas Day, 1836,” three days before her torso was discovered.

Before Greenacre was arrested, he told Met officers that he broke off the marriage on Christmas Eve, and told the jury at the Old Bailey that he hadn’t seen her since that day. “But they didn’t believe him,” Anna said.

“It turned out that Ms Gale had lived with Mr Greenacre before he met Ms Brown.”

Anna’s story follows that Mr Greenacre proposed to Ms Brown, believing that she was wealthy. But it was not long before their marriage, scheduled for Christmas, that he realised this was not the case. So he is believed to have killed her as a means of escape.

“This murder was a notorious case at the time,” Anna said, “because it sparked such a treasure hunt to find all of the body pieces.”

Anna said she came across this story “because it’s mentioned in a book called The Suspicions of Mr Whicher,” which follows the nineteenth century investigations of Camberwell-born detective inspector Jonathan Whicher.

Anna’s novel, ‘The Unseeing’, is based on the true story, and was released on paperback on January 26, with Tinder Press publishers.