The festival was intended to help give the struggling country an economic boost after the devastation of the Second World War, and provide some much-needed optimism for the future 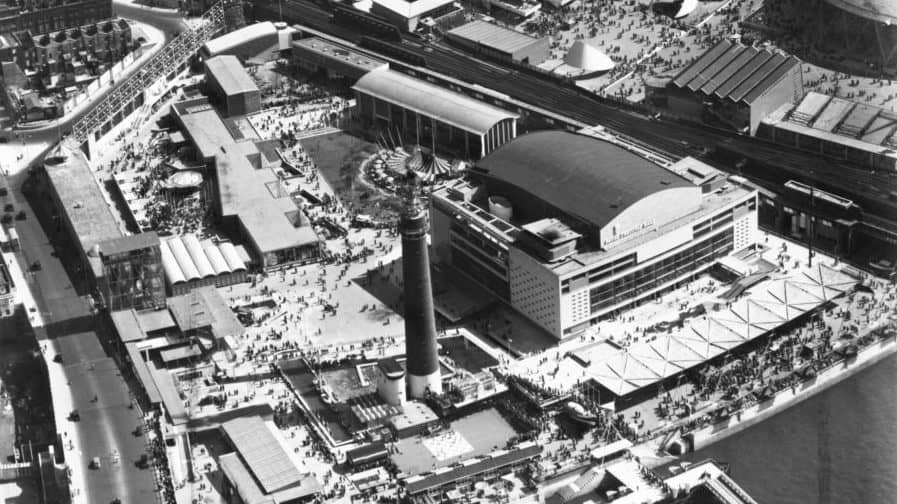 An aerial view of the South Bank in 1951

This summer marks the 70th anniversary of the Festival of Britain, the post-war event that helped revitalise the country and put the South Bank on the map as one of our leading arts and cultural hubs.

The festival ran from May to September, 1951, as a national exhibition and fair promoting British design, science, technology, architecture, industry and the arts. Eight million people visited London during those months, as the country embraced new, modern art and architecture.

The festival was intended to help give the struggling country an economic boost after the devastation of the Second World War, and provide some much-needed optimism for the future.

Events were held on the South Bank, in the newly completed Royal Festival Hall, and at more than 2,000 locations across the country.

One such display was the South Bank’s ‘Dome of Discovery’, which housed displays focusing on Britain’s pre-eminence in exploration, scientific discovery, weather forecasting, biological research, astronomy and outer space.

To mark the anniversary, two of the festival’s sites have been upgraded from Grade II to Grade II* by the Department for Digital, Culture, Media and Sport.

Other protected sites have had their listings upgraded to reflect their role in the festival – such as London’s Royal Festival Hall and Barbara Hepworth’s Contrapuntal Forms sculpture, now in Harlow, Essex.

Royal Festival Hall was designed by the London County Council Architects’ Department as part of their contribution to the Festival of Britain. 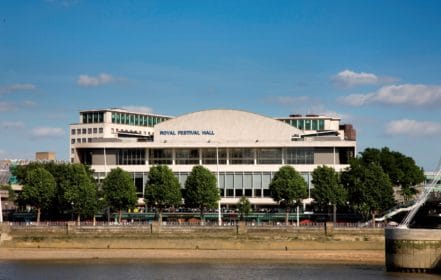 Completed on May 3, 1951, it was ready just in time for the opening, with further additions made during the 1960s. In 1987 it became the first post-war building to become listed at Grade I.

Its ‘egg in a box’ plan was considered a novel and remarkable idea at the time as the multiple foyers not only provided space for audiences to gather, but also helped to shield the concert hall from outside noise.

The interior has hardly been changed since 1951 and the original panelling, stone finishes, internal fittings and fabrics, such as the wooden and bronze handrails in the main foyer and cantilevered red boxes along the auditorium walls, have survived remarkably well, as well as some hangings and sculptures preserved from the festival itself. 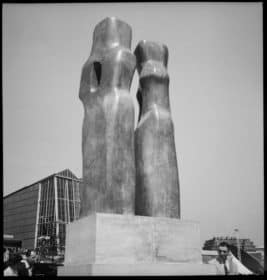 Contrapuntal Forms, by Barbara Hepworth, on display at the South Bank

Barbara Hepworth’s Contrapuntal Forms sculpture was commissioned by the Arts Council for the Festival of Britain. It was designed to symbolise ‘the spirit of discovery’ and stood outside the Dome of Discovery on the South Bank during the festival, before being presented to the new town of Harlow, Essex in 1953.  The semi-abstract figures, made from Irish blue limestone, were listed at Grade II in 1998.

Another key location was The Church of St John, just off Waterloo roundabout in London. Originally built in 1822 it had been struck by a bomb during the war and remained damaged until 1950 when Thomas Ford was contracted to remodel the interior in a neo-Georgian style for the Festival of Britain. The design features brick with sandstone dressings, a Portland stone spire and columns and a double decker pulpit. It hosted concerts and choirs from across the country during the festival and was Grade II* listed in 1951.

Elain Harwood, senior architectural investigator at Historic England said: “The Festival of Britain was the first time most Britons experienced a whole townscape of modern buildings, whether on the South Bank, at the Battersea Pleasure Gardens or at Lansbury – the first bit of London’s East End to be rebuilt after the war.

“The attention to detail in the architecture, planning and landscape was exceptional. The festival was the last great national event before the advent of mass television, so people had to go and see it for themselves, and it is still fondly remembered.”

Duncan Wilson, chief executive of Historic England said: “The Festival of Britain was such an important event in our national calendar, welcoming over eight million people to London during the summer of 1951.

“It raised the spirits of the British people following the austerity of World War II and show-cased Britain’s innovation to the rest of the world.

“The festival had a major influence on design and architecture and its legacy can still be seen today in our buildings and public artworks.

“We are delighted to be able to celebrate the Festival as it reaches its 70th anniversary and we hope that people will continue to appreciate its legacy for years to come.” 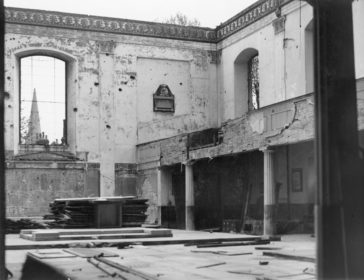 Bomb damage at The Church of St John, in Waterloo

“The post-war cultural moment provided a ‘tonic for the nation’ for millions of people who attended events at the main Festival site on London’s South Bank, and the events held across the UK.

“Our archive preserves thousands of stories from people who have connected with our buildings and artistic programme over the past 70 years and our unique architecture continues to inspire a spirit of creativity, innovation and hope for the future.”