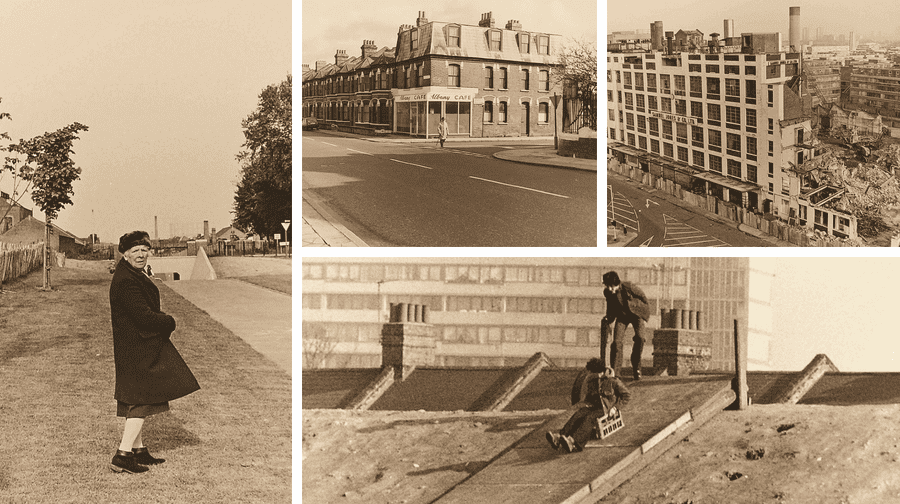 Author and photographer Eddie Brazil, who grew up in Camberwell, had published a book of images illustrating how the area changed around him over the years

An author who grew up photographing Camberwell as it changed around him has released a book of images capturing how the area developed over the years.

Eddie Brazil, now 62, moved to England from Ireland with his parents and five brothers when he was a young child and ended up living in his grandmother’s house in Rainbow Street, Camberwell, after his mother sadly died.

One of his brothers gave him a camera and, having noticed the area was already beginning to change, he began photographing the surroundings and people around him from the early 1970s. “Back in 1973 I could see all the Victorian houses were being demolished to make way for Burgess Park – and eventually the lake and the housing estates – and I thought it was going to be changing and would never be the same again,” said Brazil, who is also a paranormal investigator.

“Most of the houses they demolished were perfectly sound and a lot of people were not very happy to see them demolished and then to see the North Peckham and Gloucester Grove estates built in their place.

“Following the end of the last war that part of London and southeast London suffered a lot of bomb damage so I understand they wanted to make a better life for these hard-pressed people and those North Peckham and Gloucester Grove estates looked good on paper and in model form. “I was lucky because I lived in a house in Rainbow Street but most of my friends moved on to those estates and North Peckham became one of the most violent in Britain.

“The way the flats were structured, they had the bedrooms on the ground floor and the kitchens and on the floor above it and the families had to board up their windows with plywood to stop people breaking in during the day.”

The writer and photographer said what he loved most about growing up in Camberwell was the “community spirit and camaraderie”.

“All my friends lived in the streets around me – we all lived within about two minutes of each other,” he said. “I loved the old canal and St George’s Church and you used to get so many wonderful characters when the barge came up the canal.

“There used to be hundreds of pubs in the area but they all closed; there used to be the Queen public house and it was the only building left in the whole street as the park developed around it.”

Brazil later moved to Buckinghamshire with his wife in 1984 but regularly visited Camberwell when his family and friends still lived there.

“I carried on photographing what was being lost and I was just appalled because the area that meant so much to me as a youngster had just changed,” he said. “If it wasn’t for solitary surviving structures you would not know where you were; all that’s left to remind you there was a canal there is the iron bridge.

“You just can’t imagine what it had once been like.”

Brazil, who has written eight books, also intends to publish a book about the paranormal history of Camberwell this autumn.

Camberwell from Old Photographs, published by Amberley, can be bought online at Amazon or in major book stories in Camberwell for RRP £14.99.