Have you been watching BBC's Poldark? Here's the remarkable local history behind new character Ned Despard 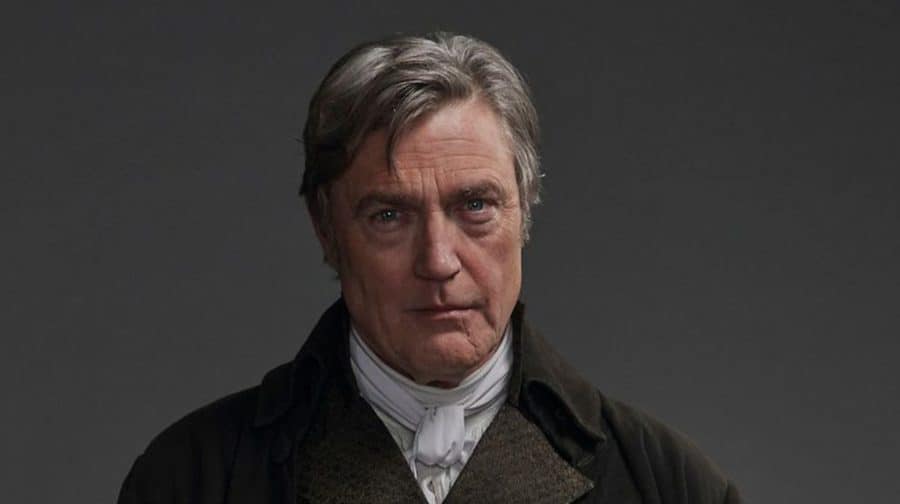 In the early morning of February 21, 1803, huge crowds took to the streets around Horsemonger Lane Gaol, close to present-day Newington Causeway.

The atmosphere was one of profound unrest. This was not lost on Southwark’s police magistrate who reported deep unease with the public mood in the previous days.

It was, in some historians’ view, the largest public gathering seen until the funeral of Lord Nelson after the Battle of Trafalgar. The capital’s militias were on high alert to look out for trouble in the public houses of Southwark.

Calvary took up positions around the goal, and the keeper of the gaol was armed with sky rockets to be launched should there be any disturbance.

Yet the crowds who had taken to the streets ever since the bells of St George’s began ringing at 5am were not revolutionaries – but spectators. They were there to bear witness to the execution of Colonel Edward Marcus Despard. Huge crowds took to the streets to witness the execution at Horsemonger Lane Gaol, near to present-day Newington Causeway, Elephant and Castle

Alongside six co-conspirators, the former army officer was implicated in a plot to assassinate King George III, seize the Bank of England and Tower of London to launch a full-scale uprising.

Such was his popularity among the assembled crowd as he was to be hanged, drawn and quartered for high treason – the last ever in England – his gaolers had been hard-pressed to find workmen to erect the execution scaffold.

Perhaps it was because of the volatile public mood.

Or perhaps it was because of the glowing character reference given by Admiral Lord Nelson, whom Despard had served with in Honduras as part of his twenty-year stint in the Caribbean.

(‘In all that period of time no man could have shown more zealous attachment to his sovereign and to his country than Colonel Despard did,’ Nelson told magistrates at the trial.)

But magistrates waived the taking out and burning of the bowels before the victim’s face before dividing the body into four parts.

The drawing, however, could not be commuted – there had never been a conviction for high treason without dragging the sentenced to the gallows in a carriage without wheels.

So Despard was seated backwards upon some hay bales and bumped along the cobbled courtyard until the ‘drawing’ was deemed complete.

It was a bit of a farcical affair. Despard burst out laughing, despite his impending death, and labelled it ‘nonsensical mummery’. The sentence was not passed again. As the fifty-year-old former Superintendent of what became British Honduras took to the gallows, he was permitted a final statement to the enormous crowd assembled before him.

He was warned, however, that any kind of radical or revolutionary speech would result in the platform being immediately dropped.

Calmly he insisted on his innocence and told the crowd that he was no guiltier than any of those listening to him.

Cautioned by the Sheriff, he finished by called out to his ‘fellow citizens’ his desire for freedom humanity and justice to prevail over tyranny – and was then hanged until he was dead.

How, then, had a man with a dedicated life-long military service to his country been convicted of High Treason – which to his dying breath he vehemently denied?

On November 16, 1802, the authorities swooped on the Oakley Arms pub on what is now Baylis Road in SE1 and arrested a gathering of conspirators, some of whom were carrying illegal political literature.

They were accused of plotting to kill the Monarch. But Despard protested his innocence from the beginning. His wife, also portrayed in the BBC drama, also took up his case with the authorities. Their partnership itself was unusual. Catherine and Edward were a mixed-race couple, having met while the Colonel was serving in the Caribbean.

Despite being uncommon at the time, when they arrived in London in 1790 with their son James, it appears few contemporaries passed comment: perhaps they simply did not want to be the first to pass judgement.

Earlier historians have argued that the doomed treason plot can be explained by Despard’s disordered mental thinking.

This was the case that prosecutors had made at the trial: that deluded Despard had believed the moment to be ripe for full-scale revolution.

But as the historian Mike Jay, author of The Unfortunate Colonel Despard argues, the conspiracy in which Despard was implicated as ringleader was implausible to begin with.

During the 1790s, Despard had committed himself fully to the struggle for radical political reform, partly due to reading Paine’s Rights of Man.

These campaigns worried the British Government considerably. With Britain at war with revolutionary France, moves towards political reform were viewed as steps to revolution.

Widespread protests and petitions were caused by economic hardship as a result of the war with France, too, further stoking the Government’s fears. The alleged High Treason plot was foiled after a raid on a pub in what is now Baylis Road, SE1

This eventually to his arrest:  In 1798, the authorities swooped on the society after one of its members was found carrying plans for an Irish republican uprising to the French.

Despard and others were arrested, and when the Irish Great Rebellion broke out a few months later, imprisoned without trial.

He spent three years in prison before habeas corpus was reinstated and he was freed.

By late 1802, however, Britain and France were no longer at war, Ireland had been incorporated into the union, and Napoleon had sailed to Egypt where his fleet was destroyed by Nelson in the battle of the Nile.

It’s unclear, then, what threat Despard could have posed to the King.

In the end, says Jay, there was no real evidence linking the Colonel to Irish or French revolutionaries in a plot to overthrow King George III.

Being caught in in a pub surrounded by working men and soldiers carrying illegal oaths – coupled with his own radical inclinations – seems was enough to convict him.

Colonel Despard is being portrayed by actor Vincent Regan in the fifth series of BBC One’s Poldark as ‘Ned Despard’. The season finale is due to air on Sunday, August 18 on BBC One at 9pm.

Mike Jay’s book ‘The Unfortunate Colonel Despard and the British revolution that never happened’ was first published by Bantam Press in 2004 and is due to be re-released this month.

Surely ‘Drawing’ was the ‘drawing’ of the intestines prior to burning them and not ‘drawing’ the convict through the streets? That’s why the sentence is described as “hung, drawn and quartered” and not “drawn, hung and quartered”.