Dulwich's historic drinking holes have been frequented by Dickens, Hollywood stars and royalty 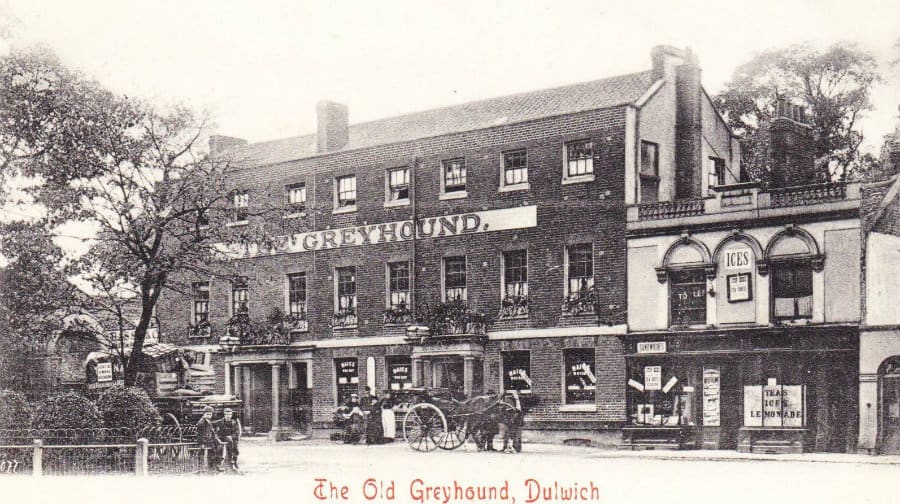 THE STORIES of three of Dulwich and Herne Hill’s most celebrated pubs have been immortalised in a new book published last week.

Dulwich man Ian McInnes, who co-authored the book ‘The Pubs of Dulwich and Herne Hill,’ says one of the most notable boozers mentioned within is the much-talked-about Half Moon, which came into existence in 1660.

The current Grade II* listed incarnation of the Half Moon pub was rebuilt in the 1890s, but it once stood on the banks of the old river Effra, which snaked along Half Moon Lane. The only way to reach the pub was via a picturesque wooden crossing.

The Duke of Gloucester and Edinburgh, Prince William Henry was quoted in 1760 as retelling the story of an extraordinary hunt, where he and his horseman pursued a tireless stag across fifteen miles of rolling Surrey countryside.

They chased the stag from the Epsom Downs, through Lewisham and Bromley, all the way to the pub, where the Duke and his party finished it off in the old Half Moon Pub’s beer garden.

The historian also remarks that the seventeenth and eighteenth centuries were dangerous times to be a pub land lord. “In those days, the land lord at the Half Moon would often face up to burglars and separate big brawls. People were much less civilised back then. Of course no one had to worry about drinking and driving,” says Ian.

Although no name is recorded, Ian says his research brought him to one tale of a Half Moon land lord who was threatened against testifying in court after the pub was ransacked by an established gang of thieves in the 1780s.

The Victorian era was also an incredibly lucrative time to be a pub land lord, so much so that before the Half Moon was rebuilt, it was sold for £64,000, while nearby cottages were only thought to be worth £850.

An 1830 engraving of The Crown

The second prestigious boozer Ian was keen to pick out from the book was The Crown and Greyhound, located in Dulwich Village.

In 1890 it was built to replace two rival dives: The Crown, which dates back to the 1720s, and The Greyhound, which faced each other on opposite sides of the old village high street.

“There was healthy competition between the two,” Ian says, “But they had different crowds. The Greyhound was aimed at wealthier people, or ‘the nobs’ as they were called, while The Crown was always for the workers.

“Charles Dickens and Joseph Paxton, who designed the Crystal Palace, were both known to have stayed at the Greyhound, as it was known as a peaceful, rural retreat for celebrities in the day.”

The original Dulwich Hamlet football club’s players used to make a habit of carrying their goal posts through The Crown’s grounds before matches “usually stopping for a drink before and after,” says Ian.

Lastly in Ian’s list of fascinating list of factoids is that The Crown and Greyhound played host to the millennium anniversary dinner in 1967, 1,000 years on from the first known recorded mention of Dulwich, found in papers from the year 967, even predating the Domesday Book.

The Pubs of Dulwich and Herne Hill was co-authored by Ian, with Laurence Marsh, John Brunton and John Walter, and is available from www.hernehillsociety.org.uk.