Remembering poet John Keats 200 years later – can we claim him as one of our own in Southwark? 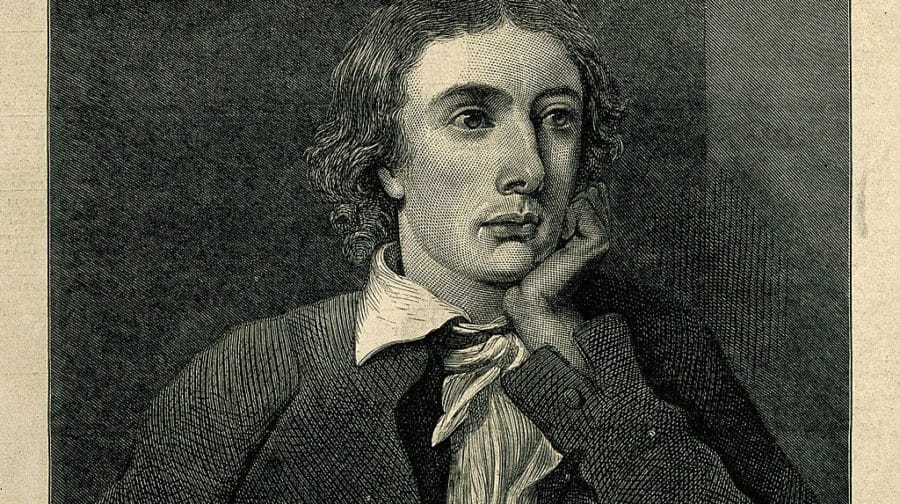 February 23 marked the bicentenary of the death of John Keats, one of Britain’s most famous romantic poets and he has a Southwark connection,  writes Simon Throssell…

The eldest of five children, John was shipped off to John Clarke’s school in Enfield because his parents couldn’t afford the fees for Harrow or Eton.

In 1804, his father was thrown from a horse and tragically died of a fractured skull.

His mother remarried later that year but disappeared for three and a half years, leaving John and his three surviving siblings to live with their grandmother.

At this point, ten-year-old John suffers from chronic anxiety which worsens as his mother eventually dies from tuberculosis.

In 1811, John was taken out of school and apprenticed to Thomas Hammond, an apothecary-surgeon from Edmonton.

It was during the final year of this apprenticeship that he started writing poetry privately from his lodgings at 8 Dean Street, Southwark. A Blue Plaque can be found marking the lodgings on St Thomas Street today. 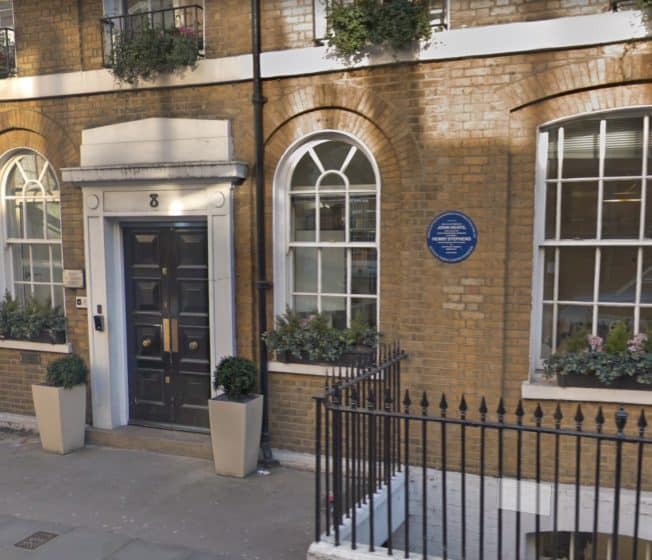 He is introduced to the poet Leigh Hunt who encourages him to publish his first volume simply titled Poems. Much to his publishers’ surprise, the book was a critical failure.

Keats decided to change publishers to people who were enthusiastic about his work; a decision that certainly seemed to pay off.

He eventually abandoned his medical career for good in December 1816 so that he could focus solely on his poetry.

As his work started to receive more praise, Keats’ connections grew alongside a friendship with Charles Armitage Brown.

The pair embarked on a six-week walking tour of England and Scotland in July 1818 but all is not well as Keats’ brother Thomas is ill with tuberculosis.

Assured that his brother will survive the ‘family illness’, Keats finished his first major long poem Endymion. The poem began with the immortal line, “A thing of beauty is a joy forever.”

Sadly, by December 1818, Keats’ beloved brother Thomas fell victim to the ‘family illness’ and died of tuberculosis at the age of nineteen.

After his brother’s death, Keats moved into Wentworth Place in Hampstead with Brown.

This place proved to be fruitful not only for writing poetry but also for meeting his neighbour and future fiance Fanny Brawne.

Keats composed five of his six great odes, his most famous and well-regarded poems, throughout 1819 including ‘Ode on a Grecian Urn’ which contains the line, “Heard melodies are sweet, but those unheard, are sweeter”.

However, as the cold winter nights sweep across London, Keats developed the first symptoms of tuberculosis causing a subsequent battle with depression.

Keats suffered two serious lung haemorrhages in the first few days of February 1820, raising alarm bells that he could pass away at any moment.

He was able to battle through with support from Fanny as the pair now lived at Leigh Hunt’s house.

In the summer of 1820, he published his final volume of poems which received very strong reviews. They are Lamia, Isabella, The Eve of St Agnes and Other Poems.

His doctor told him that his lungs would not survive an English winter so he decided to set sail to Italy with his friend, the painter Joseph Severn. 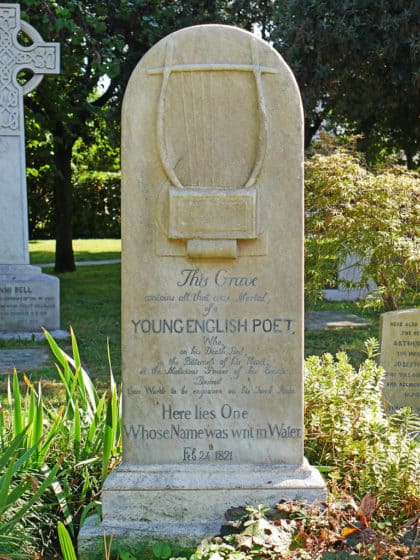 On his arrival in Italy, he was moved into a villa on the Spanish Steps in Rome, today the Keats-Shelley Memorial House museum.

Even with care and support from Severn and his doctor, John Keats died of tuberculosis at the young age of twenty-five.

In remembrance of his life, the Keats-Shelley Memorial House has launched an immersive video tour of the house led by Bob Geldof.

Reading from a selection of letters, Geldof tells the story of Keats’ time in the house and his death.

The tour can be watched on YouTube with a VR headset on a regular screen via https://youtu.be/g7dZmf3KjQg

Southwark NewsHistoryRemembering poet John Keats 200 years later – can we claim him as one of our own in Southwark?