People were not even safe in their own back gardens, as muggers would skulk in the bushes and wait to unburden them of their pocket watches and jewellery 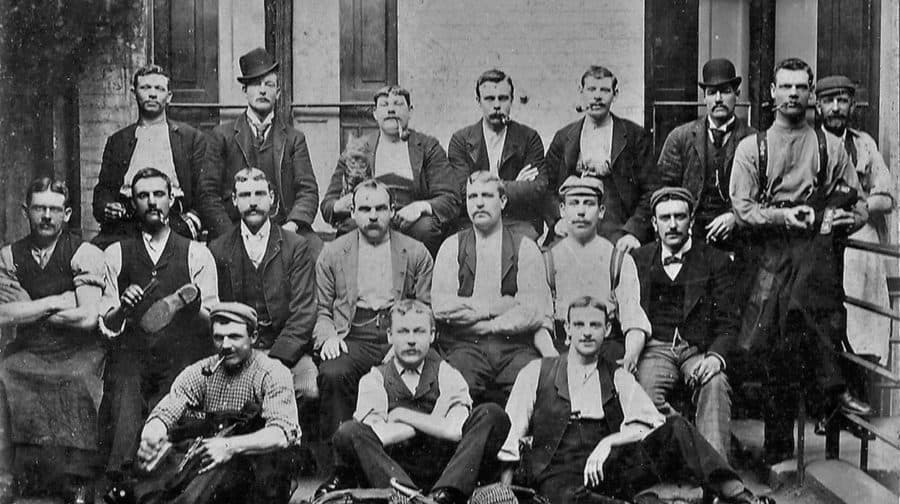 Today, residents have problems with vandals and idiots causing havoc on mopeds, but in the eighteenth century it was far worse.

Highwaymen were attracted to the area as it was en-route to Blackheath, where the rich and dandies of the day would be relieved of their jewels as their coaches trundled across the common.

The robbers would return to Rotherhithe with their booty to sell on to visiting sailors in the pub and coffee-houses.

Pillaging pirates were another problem for the good people of Redriff to contend with.

It was not hard to identify them as most had scars and bits missing after fights aboard captive ships. Just like Long John Silver, some had wooden legs while some sported eye patches.

The more light-fingered shipmates could be identified by their split noses. A favourite pirate punishment was to slit down the nose of any thief on board with a cutlass.

In 1765 local man Mr Fosbrook came face to face with some of these river pirates when they robbed his corn lighter of nine sacks of oats. They cut his boat from its moorings and set it adrift in the Thames. In 1721 a pirate was brought before the Justice of Rotherhithe when one of his previous victims, a ship’s captain, spotted him as he passed a pub. The unlucky captain recognised the man as the pirate who had stolen three of his ships on different occasions. He remembered the incidents well, as on the third time the pirate had threatened to nail the captain’s ears to the mast. During the course of the trial it was revealed that the thief had taken eight other ships. It is unknown what sentence this Jolly Roger was given, but it is likely he would have been hanged at Cuckold’s Point, which was roughly where Columbia Wharf is today.

The threat of the gallows didn’t put off the smugglers who were drawn to the convenient waterside inns along the peninsula.

The Angel pub was built on piles in the river and must have been an attraction to any smugglers on furtive night-time boating trips. They could easily take advantage of the trap doors in the floor to stash their booty.

Rotherhithe also had a whole rabble of robbers, muggers and burglars. In fact, the problem got so bad that the locals set up a vigilante committee. Rotherhithe Police Station now and then below In 1771 six robbers armed with knives and cutlasses jumped out on a married couple who were walking by Fountain Stairs. Four of them held the man up, clenching a large knife to his throat and pushing the barrel of a pistol into his chest. They patted down his pockets for silver and nabbed the glittering buckles from his shoes.

Meanwhile, the other two gang members had bundled the victim’s wife down an alley and tried to assault her, giving up when she fainted. The parish constable was on scene and tried to help, but was told by the ruffians that they would blow his brains out if he intervened.

Further downriver, house owners had their own problems: brass doorknockers would vanish overnight and when it rained it was discovered that the lead had gone from the roof.

People were not even safe in their own back gardens, as muggers would skulk in the bushes and wait to unburden them of their pocket watches and jewellery.

The vigilante committee became a proper neighbourhood watch when residents met at the Ship pub and made plans to capture local villains.

Rewards were put up and intelligence plans laid to watch any stranger arriving in the community.

Unfortunately the committee were not around in 1812, when the Three Compasses was broken into and all of the silver and cash from the till was stolen.

I attended St James primary school between 1959 and 1961 when it shared a building with Riverside school in Frean street near the river Thames. I would like to know if any other of this sites browsers went there at this time and can recall names of any teachers other than Mr Welch the headmaster and Miss Tasker who I think taught the top year before they left to go to secondary school. Here’s hoping!