Running hoops since 1912: A century of croquet in Dulwich

Croquet has a surprisingly controversial history 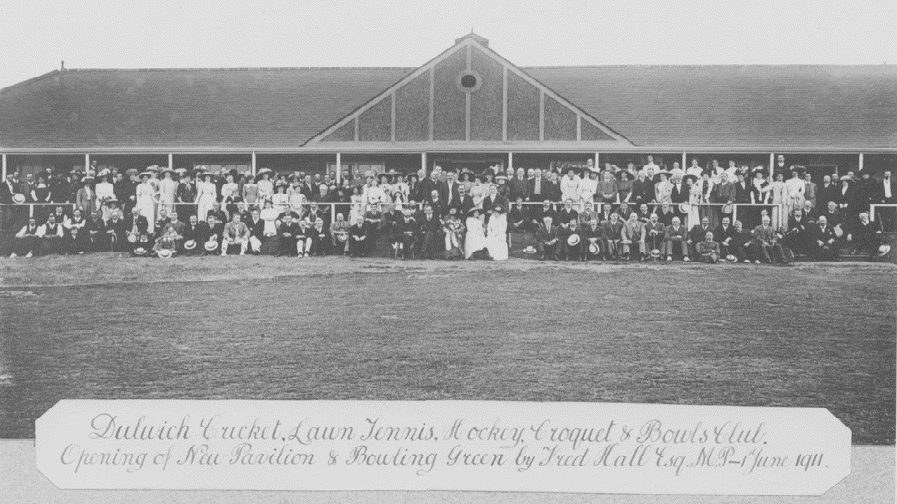 In 1912 Scot reached the South Pole, the republic of China was proclaimed, and the Titanic sank.

The same year, one of the UK’s leading croquet clubs was founded on Dulwich’s Burbage Road by enthusiasts of the then relatively new sport.

Paul Newton, club secretary, tells the News: “When Dulwich Croquet Club was founded, the game was about 60 years old, with the first croquet club formed in Worthing in 1865.

“In the mid-19th century croquet was hugely popular, but in 1874 disaster struck when lawn tennis was introduced and immediately took over most of the lawns hitherto used for croquet.

“A decade later it had discontinued croquet altogether, though later reserving one lawn for the game.

“Fortunately, after the lawn tennis revolution, croquet began a slow come-back having survived on private lawns and some clubs, but it very much remained a niche sport.” Members playing croquet on one of Dulwich’s three lawns

In the USA, however, the ‘croquet craze’ saw the game sweep the nation – and receive something of a bad reputation.

Mr Newton says: “Retailers created a smaller-scale version of the sport, which could be played on rougher turf, using cheaper, lightweight equipment.

“Of the only two surviving photos of Billy the Kid, one from 1878 shows him playing croquet with his gang outside their hideout.

“By the 1890s the Boston clergy was even speaking out against the drinking, gambling and licentious behaviour associated with the game.”

There are now believed to be around 200 clubs with seven to eight thousand players in Britain.

Internationally, croquet is played in 40 countries.

Mr Newton says the misunderstood game is surprisingly active: “Croquet is a sport which is a delight to play and addictive for most of its devotees.

“If one mentions croquet to a non-player, the reflex response is invariably ‘It’s a vicious game, isn’t it’, followed by reference to the vicarage shrubbery.

“This image is fostered by cartoons in Punch magazine of yester-year, and the equally satirical flamingos and hedgehogs in Lewis Carroll’s Alice in Wonderland books.

“The answer is yes, it can be. However, croquet is also a game of skill and tactical awareness where men and women of all ages can compete equally.” The club plays and teaches both versions of the game, association croquet and golf croquet.

Mr Newton explains: “Association is a more cerebral game where a player takes their balls around on their own through a series of connected shots similar to snooker.

“With Golf Croquet, players play alternate strokes (singles or doubles) and can produce great accuracy of shot and extreme power.

“Hoop running is more dynamic, with specialist shots such as a jump or stop shot.”

The club is keen to shake off croquet’s upper crust image, saying the club is always looking for new members and beginners to try what he describes as a ‘surprisingly tactical and physically demanding game’ with free tuition.

He says: “The club has many internal tournaments and plays competitively against both other clubs in the south east croquet federation, and nationally.

“One of the great things about the club is that top players are happy and committed to playing with new members.

Southwark NewsHistoryRunning hoops since 1912: A century of croquet in Dulwich