The secret history of your street 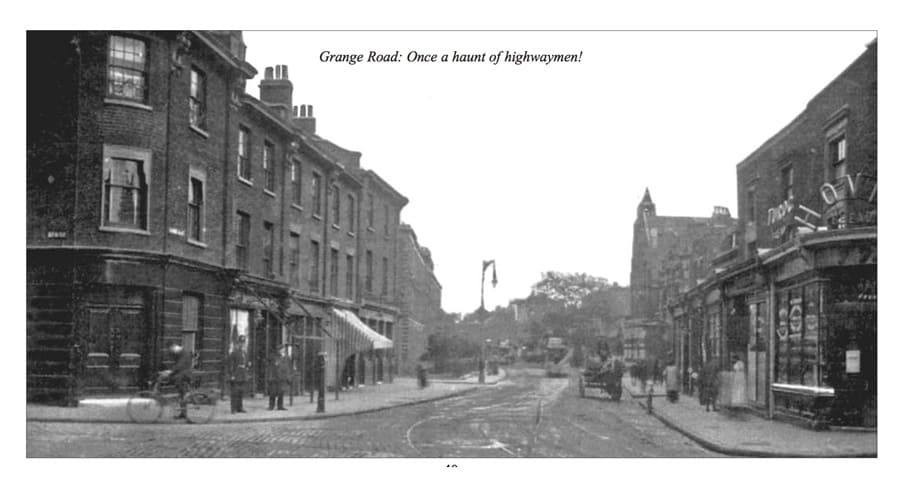 There are those that see the past through lovely little pink tinted glasses and see what they endearingly call ‘The good old days’, conveniently forgetting the lack of Health & Safety in work, no NHS, no protection from a welfare state, freezing homes with outside toilets, and with just a stick and a bit of string to play with in a bombed house.

Others feel that street crime is a 21st century plague, that modern times are awash with evil, so hanker for the days when they believed everything was good in the world. Think on.

Pat Kingwell has just published Once Upon A Street that tells of the dastardly deeds done in your road right back to the 18th century, with all proceeds going to the Help For Heroes charity.

Working alphabetically from Abbey Street to Yalding Road the author has researched newspapers, magazines, books and online archives to put this collection of the mad and the macabre together, the gruesome alongside the good, and all enlivened with old photos and prints, some of which have never been published before.

Poor little Rose Poole, 12, of Grange Walk, was taken from her home while her mother was out, after a woman offered her a good home and plenty of clothes. The police discovered Rose in a caravan in Surrey.

Eleanor Watkins of Anchor Street, ‘a great drunkard and vixen’ who had twice suffered imprisonment for beating and stabbing her husband, was given ‘six months’ hard labour for neglecting her three children, the life of one being endangered.’

In Bermondsey Street Ann Galway was found dead ‘lying with her son on a heap of feathers, which had been strewed over her almost naked person, for neither coverlid, sheet, nor blanket could be found.’

In 1845 two scoundrels were chased from Bermondsey Wall to Spa Road after stealing money and jewellery from The Old Justice.

The landlady, Mrs Wickens, ‘gave chase, exercising her lungs to their fullest extent’, says a newspaper of the incident.

Just behind The Old Justice, Elizabeth Witting set about her two young children with a chopper in Bevington Street. ‘She then went to the police station and reported the murders, and said she should have killed her third child if he had not gone to school.’

Cherry Garden Street appeared to be a dangerous place to live with brothers killing sisters with pokers, and masonry falling from derelict houses, while in Corbett’s Lane Mark Parker threatened to kill his wife and five children with a knife. The magistrate thought the best way to stop this violent behaviour was by fining Parker £40…

In Once Upon A Street you can read about rat attacks, cat attacks, cow attacks, and the inevitable dog attacks; suicides by poison, decapitations by train, riots in Culling Road, dodgy weighing scales in the greengrocer’s, a bomb factory in Debnams Road, fallen women and lots of drunken men letting the drink get the worst of them.

John Fashanu and Norman Wisdom are reported to be on the manor, along with Bermondsey’s own Mr Universe and a ‘facial contortionist’. You will also meet experts ‘in the art of sordid amours’.

But it is not all doom and gloom: ‘Seven regulars at The Hand and Marigold pub in Bermondsey Street, won £400,000 on the football pools in 1987’; ‘In his will Charles Edward Atkinson, J.P. of Eastbourne, left £13,000 worth of shares and bonds in trust for a Girls Shelter in Decima Street, or for other works among the poor in London’; in Catlin Road: ‘March 1941, Nick Murray, 16, a Boy Scout, was awarded a silver cross for consistent bravery when fire-fighting and digging people out of Anderson shelters during bombing raids’.

There was also this report of the ‘touring Australian cricket team visited Crosse and Blackwell’s factory in Crimscott Street. Wicketkeeper Bertie Oldfield was very interested in the latest machine for preparing soup cans, which turned out 365 cans a minute.

He said, “Why, that’s even faster than Don Bradman scores his runs”.’ Once Upon A Street informs and entertains; it shows that Bermondsey has its good and its bad, the moral and immoral existing side by side.

The author covers about 150 local streets with stories of derring-do flanking cowardice, skill in the company of skullduggery, Royalty and the riff-raff, inventions and intrigue.

Who knew that highwaymen hung about Grange Road for likely victims? That the best pears were grown down The Blue? Or that Irishman James Hennessey did not know his wife’s name even after 35 years of marriage. At an inquest into her death he said, ‘It might be Dorah, Norah or Honorah, but the Coroner might call her by what name he liked’!

Odd charges similar to this still crop up in the Southwark News occasionally, which show that people do not change very much.

In the photos you can see some buildings from their past have gone but people will be surprised at how much survived the war and the developers. The book is brilliantly researched and is laid out for easy reading; it is a book you can dip into whenever you like, entertain friends and family with, and can be used for reference.

Pat Kingwell has confirmed that Bermondsey people have been one of the most diverse tribes of London over the years and each member of that tribe will find something they can relate to in the hundred and more pages of this book that will not just entertain but help our war veterans.

£10 plus £3 P&P and all proceeds go to the Help for Heroes charity.

To get a copy you must send a cheque payable to Patrick Kingwell at: 3 Fairoak Drive, London, SE9 2QG Or you can pick a copy up from the Deli Felice in Albion Street, SE16.

So when exactly was the time we want to go back to?

Will buy and read Pat’s book as I lived in Bermondsey. Went to St James primary school and then to Mina road schoo, now Walworth Comprehensive and was in Pat’s class.

I would like to research Marigold Street Bermondsey SE16 as members of my family lived there in the early 1900’s. A Mr Alfred Baker is reported to have owned a Chandlers Shop however the family believe this to be a Confectionery shop on the corner of Pottery Street. Do you know if the Southwark News Archives have any information ?