The social reformer who married a Cadbury chocolate-factory founder

Historian Antony Barlow talks us through the life of Elizabeth Taylor, and tells us what the Quakers did for Peckham 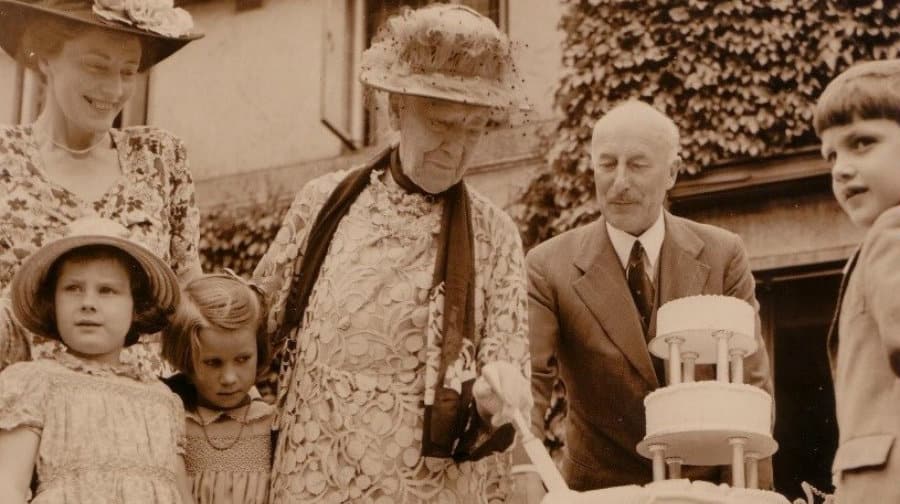 In the mid-nineteenth century, Peckham was a rural village in the Royal Borough of Surrey, and home to a small but influential circle of Quaker families.

Though still a Christian denomination, they stood apart from the Church of England for their strict moral steer and commitment to modest living, while serving to improve the lives of their fellows.

Undoubtedly the most influential Peckham-ite to come from this Quaker contingency was Elizabeth Taylor, who later married one of the founders of Cadbury’s chocolate, George Cadbury.

As a young woman, Elizabeth made it her mission to relieve Peckham of its high levels of illiteracy. She held reading-and-writing groups at the former Quaker Centre, now the Royal Mail delivery office in Highshore Road.

Former Peckham resident, Antony Barlow, 75, is the grandson of one of Elizabeth’s cousins, and to this day can remember meeting her before she died in 1951.

“I went to her 90th birthday. There is a picture in my book from 1949 of her and I in a huge family photo were there’s about 150 of us, all related to each other in one way or another.

“I actually remember finding her frightening when I was a boy. To a seven-year-old, such a respected 90-year-old seemed very impressive and charismatic.

“She spoke four languages, and they even spoke English using ‘thou art’ and ‘thy’. I can still remember my grandmother speaking like that.

“I think Peckham really influenced her at the time, and I think people could tell, even when she was young, how far she would go because she was so bright. She was a determined young lady.”

Elizabeth, who was later made Dame Elizabeth Cadbury, would have been in her twenties when she got to know another influential Quaker of the West Midlands, George Cadbury.

Antony says they would have met through family occasions, and she “would certainly had impressed George,” with her social work.

Though both humble Quakers, George and his brother Richard’s not-so-modest aim was mass produce chocolate as an alternative to the vice of drinking.

George and Richard first based their Cadbury’s chocolate business on the outskirts of Birmingham, by the river Bourne. With the Quaker ethos, they also created a community, with homes, schools and shared amenities for their workers.

“They used the French word for town: ‘ville’ which was located on the river Bourne. That’s where Bourne-Ville comes from,” Antony said, adding: “It was a welfare system before this country had welfare – they were well ahead of their time”.

The chocolate-making Quaker families like Cadbury, Rowntree and Lindt were also extremely competitive, and resorted to spying and espionage to deduce the perfect blends and chocolate recipes.

Elizabeth was George’s second wife. She was quite a lot younger than him, and she lived as a widow for 31 years after George’s death in 1920.

Antony said: “She lived for an incredible amount of time. She was born during the French Revolution, was one of the first women to run for parliament, and she died as we were experimenting with flight.”

Thank you to Antony for the donation of a copy of his book ‘He is our Cousin, Cousin: a Quaker Family History’.