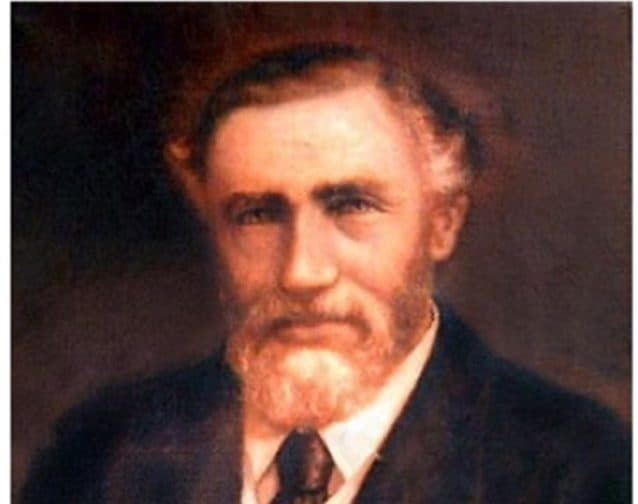 Without nineteenth-century tea merchant and philanthropist Francis Peek, one of Southwark’s largest green spaces might be closed to the public.

Mr Peek is partly responsible for the 76 acres of Dulwich Park becoming public land, thanks to a thirteen-year quest involving huge sums of money, elections, debates and finally a law being passed by Parliament.

He was born in 1833, the son of a tea importer. He was sent to Liverpool and then the Far East to learn his trade, according to Chris Corrin, writing for the Dulwich Society.

Mr Peek, who was a distant relative of the founder of Peek Freans biscuit factory in Bermondsey, took over management of the family tea company in his 20s, and soon became extremely successful. He moved back to London aged 21 or 22, settling in Sydenham with his wife Lydia.

As is often the case for successful business people, Mr Peek’s thoughts turned to improving the lot of people less fortunate than him. He and his cousin Henry were members of the Commons Preservation Society (CPS), which aimed to keep open spaces available to members of the public.

According to the Dulwich Society, in 1872 the CPS wrote to the governors of Dulwich College, who owned the land, to tell them that Mr Peek had offered £7,500 – nearly £870,000 in today’s money – to create a public park on part of the estate. The governors were reportedly reluctant at first, triggering a thirteen-year struggle.

Mr Corrin said that the work “involved a broad array of bodies from local residents to church interests, the Metropolitan Board of Works (MBW), the press, the Charity Commissioners and sub-committees of both Houses of Parliament, among others.” Mr Peek was elected to an organisation that managed the school’s estate and spoke at public meetings in favour of the idea.

Historic England, the organisation that manages listed buildings and sites, said that in 1883 the Dulwich College governors, who were “worried about the rapid expansion of building on the outskirts of London, appointed a committee to consider the possibility of donating a suitable portion of their estate for the purpose of a public park.”

Clearly by this stage, eleven years after Mr Peek and the CPS first approached the school, the governors had been moved to look into the idea. In 1884 they appointed Charles Barry, a surveyor, to draw up plans for a park on the site. And in 1885 the governors presented their plans to the MBW, London’s governing body at the time, on the condition that parliament vote on an act.

The plans were developed, the land was transferred into public ownership and Dulwich Park was opened to the public in 1890. The park is the third-biggest in Southwark, behind Burgess Park at 140 acres and Peckham Rye at about 43.

Mr Peek’s philanthropy did not end with helping establish Dulwich Park. While the struggle for the new park was ongoing he also gave money for four churches to be set up for the people of south London, which was growing fast at the time but had little religious provision, according to Mr Corrin. Emmanuel Church, East Dulwich was built in 1877. Holy Trinity, Upper Norwood was built in 1879. St Saviour’s, Denmark Park opened its doors in 1881 and St Clement’s, East Dulwich in 1885. Later on he also funded the creation of new churches including St Barnabas, Dulwich and St Silas’s, Nunhead.

Mr Peek also wrote books about social causes of the day, like the plight of poor people living in squalor in burgeoning inner cities, campaigned for penal reform and served on the London School Board, which set up more than 400 state schools that educated hundreds of thousands of children. He also gave money to several other charitable causes. His tea company remained successful.

Mr Peek died in 1899 aged 66 in Margate, a then-fashionable seaside resort in Kent. His death was lamented in the press. Although he is not widely discussed today, it is clear that he made a huge and lasting difference to the people of Southwark and London more broadly. His legacy is currently commemorated by the Francis Peek community centre in Dulwich Park, which holds classes and activities for children and adults.

To vote for Francis Peek or any of the nominees for a Southwark Blue Plaque, please email kit@southwarknews.co.uk or admin@southwark.org.uk with the name of the person you want to nominate.