Step inside the Peckham Experiment: a trailblazer for national holistic care

“The Peckham Experiment set out to define – what is health?" 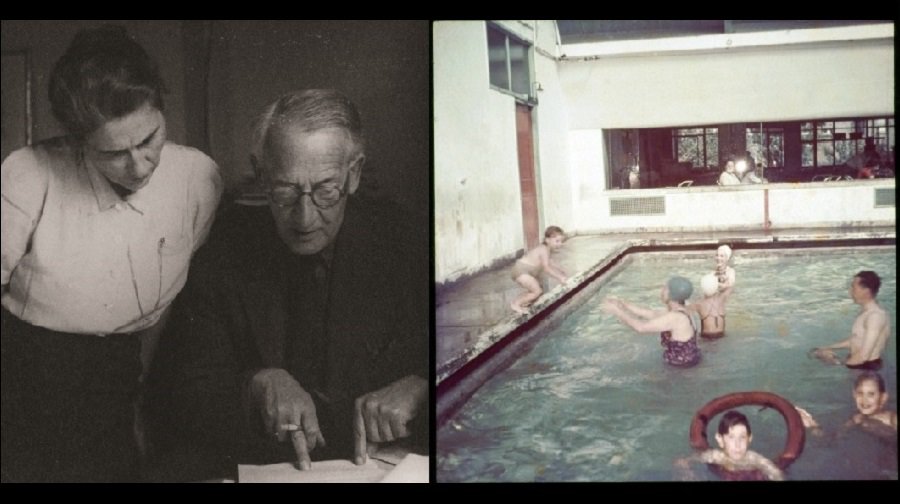 Over the last decade, ‘wellness’ – feeling good, feeling healthy, feeling happy – has taken on increasing importance in people’s lives. Today, we have more options for self-improvement, yoga and nutrition than we can shake a gluten-free loaf at, writes Kirsty Purnell…

This holistic approach to health is not entirely new, though. The Peckham Experiment was already exploring these ideas, back in 1926.

“The Peckham Experiment set out to define – what is health?” explains Jack Czauderna, Chair of the Pioneer Health Foundation – an organization set up to continue the legacy and ideas of the Experiment.

Brainchild of pathologists Dr George Scott Williamson and Dr Innes Hope Pearse, the Experiment sought to move away from the idea of health as an absence of disease and instead, to understand the factors which make a person well.

To answer their question, they set about inviting local families to their facility – which was first based in a small house in Queen’s Road from 1926-1929 and then later, after a hiatus while they sought out extra funding, in the purpose-built Pioneer House on St Mary’s Road in 1935 – to take part in a range of physical, social and cultural activities.

From the outset, Pearse and Williamson believed that family dynamics and social interactions were fundamental to wellness, so they limited their target group to local families – with the eligibility criteria being that the family “must within pram pushing distance of the centre.”

“They chose Peckham because it gave them the opportunity to look at the whole population – there were artisans mixed in with labourers. It was a mix of classes.” said Jack.

When famililes joined, they received an “annual health overhaul” – much like a medical – but this was where the focus on disease ended.

“People were never told – ‘you’ve got to do this’. They were given the findings from the health overhaul, advised to visit a GP if needed but aside from that, they were just told to go and use the facilities. Until the following year, when they’d be looked at again.”

“There was a belief that medical issues and deficiencies needed sorting but family health was about how individuals interact with their society,” said Jack.

Pam Elven, 88, was seven years old when her family joined the project. “It was just magic. The freedom that we had to learn, it was just out of this world,” she said.

She describes how the Centre gave her opportunities she’d never have had otherwise, such as learning to swim in the giant pool, learning to play badminton and access to the gymnasium.

“It changed my life. It gave me self-confidence, something which I didn’t have as a child,” she said.

“It helped you have community. And there was a mixed community there too – white collar workers as well as labourers.”

The Centre temporarily shut during World War 2 but subsequently re-opened in 1946. It was this year that Pam met her future husband at the centre, who she went on to marry in 1950, aged 21.

However, the haven provided by the Peckham Experiment wasn’t to last forever. The launch of the NHS in 1948 made it difficult for the Doctor’s to secure ongoing funding for the Pioneer Centre, essentially because its innovative approach – and focus on holistic health – did not fit well with elements of the NHS. It closed in 1950.

“It was like a death when the notice [of closure] went up,” said Pam. “We thought our new life was going to be forever.”

So what did the doctors learn at the Experiment? “It’s about cultivating health. Once someone is in better health then that affects people in their community. It’s contagious,” said Jack, who’s been a GP for 30 years.

“These days, we talk about the loss of community spirit and cohesion. I don’t necessarily believe that these things have gone but the experiment was a demonstration that improved community links help people.”

“My experience as a GP is that you can give people medication to make them better but you can’t give them health.”

“They [Williamson and Pearse] learned that you can’t tell people what to do. They won’t do it. In the beginning, they tried to set up formalized weight loss and fitness groups and people just didn’t come. Instruction doesn’t work. You have to just let people do what they feel is in their interests,” he said.

The Pioneer Health Foundation has an archive of material relating to the work of the Peckham Experiment. You can find out more at their website www.thephf.org.

Southwark NewsHistoryStep inside the Peckham Experiment: a trailblazer for national holistic care