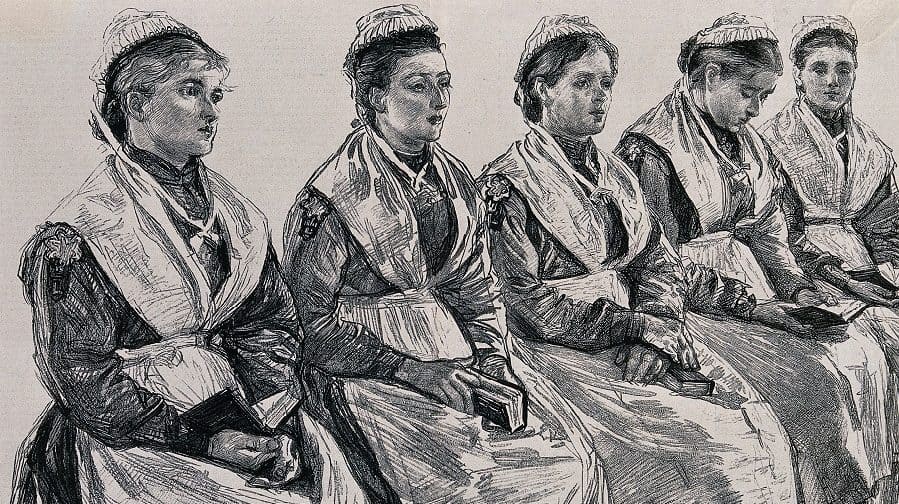 New research tells the tragic history of women accused of killing their new-born children in Victorian London – including a woman from Borough.

Julie Mathias, head of education at London Bridge’s Old Operating Theatre, analysed 662 cases of women accused of murdering new-born babies, or concealing the birth, who were brought to trial at the Old Bailey from 1803 to 1903. A court sitting, at the Old Bailey

Through piecing together witness statements and court proceedings, her research tells the story of the women accused, often in their own words – like those of Sophia Morgan, aged 33.

After her baby was found in a privy – an outdoor toilet with a drop of several feet – she said: “In an attempt to hide one crime she had committed an even greater.”

From the mid-1800s, it was widely reported that infanticide in London was escalating among poor and unmarried new mothers.

But Ms Mathias’ research has found, older and married women were also accused – in one case, a woman’s mother and husband helped her to hide her baby’s body.

Increasingly, medical evidence and expert witnesses were deciding factors in recording a verdict, whether analysing traces of violence and mistreatment, starvation, or the devastating consequences of unassisted birth.

Jane Harrington, from Southwark, brought to trial in 1854, was not a typical suspect, explains Ms Mathias: “She was, according to witnesses – a happily married woman and a good loving mother to her two children.

“But following the birth of her third child, a little girl, Jane’s countenance changes from being described as a ‘kind and humane soul’ to a ‘wild, strange, bewildered person, no longer in her right senses.’”

Jane was accused of killing her three-week-old daughter with laudanum from a chemist on Lant Street, and was jailed in Union Street before her trial – where her husband paid for her defence.

The jury found her not guilty as a post-mortem could not determine the exact cause of her baby’s death. The gallows, at the Old Bailey

Blame was often attributed to the controversial 1834 Poor Law – which decreed fathers did not have to pay maintenance for illegitimate children.

In 1842, an opponent of the legislation wrote in The Times that the man, “escapes all the consequences, and throws them upon her; and in a moment of distraction the deserted mother is tempted to destroy the offspring out of poverty and shame.”

A year later, a women named Eliza Higgins was found guilty of infanticide, but the jury expressed their opinion she should receive mercy, due to her circumstances.

A few years later a judge said: “The man in such cases entirely escapes, while the poor unfortunate woman endures the pain, the misery, the shame, the exposure, and the risk of punishment.”

No women were executed after 1849 for infanticide, but it was not until 1922 that the offence was changed to manslaughter, rather than murder.

As Ms Mathias says: “These women had lives prior to the dreadful event that befell them – and had to carry on after.

“There are multiple reasons why tragedies like these happen.

“All that we have left of the these women is an official paper trail that historians have so often tried to simplify, but we must consider their lives and misfortunes are as disparate and complex as ours are today.”

With thanks to Julie Mathias, and the staff and volunteers at the Old Operating Theatre.

For more information on Old Operating Theatre and its weekly talks, visit: oldoperatingtheatre.com