The Battle for Bermondsey

The by-election in 1983 saw politicians, press and the public shamed after one candidate was vilified and attacked for being gay 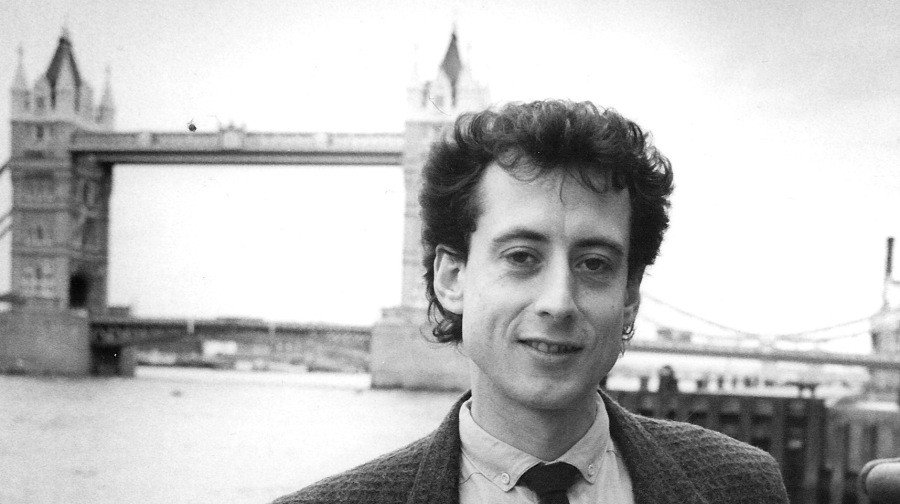 “With little doubt I’d say it was the dirtiest, most violent election in Britain in the 20th century and certainly the most homophobic election ever in British history” – Peter Tatchell.

The ‘Battle for Bermondsey’ in the by-election of 1983 spilt real blood, that of the widely vilified Labour candidate, left-wing Peter Tatchell. The hate campaign against Tatchell came from within his own party, which was bitterly divided at the time, as well as from the red top press and his political opponents. Thirty-two years after that landmark political ‘punch-up’ Tatchell has spoken candidly to Pink News, a gay news website, about what took place on the streets of Southwark when Simon Hughes, the sitting MP ever since, was victorious.

The violence of the campaign was first revealed in Tatchell’s book Battle for Bermondsey and then at a meeting of the Bermondsey and Rotherhithe History Society (BRHS) two years ago Tatchell and Hughes went head to head to recall the mud-slinging and worse of three decades previous, and the political context of the time.

Under Michael Foot, the Labour Party was in the midst of a ‘struggle for its soul’ at the dawn of the ‘80s as a  new Metropolitan left faction battled more traditional party members, like Bob Mellish, who had represented the constituents of North Southwark and Bermondsey since 1946. He had become disenchanted with what he felt was a drift to the left within the party and ultimately resigned in 1982, prompting the by-election on February 24 the following year.

The Bermondsey Labour group was already being run by the new left-wing faction of the party, with Peter Tatchell as their Secretary since 1981. After an article he wrote advocating the Labour party take direct action on political issues like the poll tax (rather than simply debating them within the confines of parliament), Tatchell was officially spurned by Foot, who declared he did not endorse him as a Labour parliamentary candidate. Bermondsey took no notice of the central party command and selected Tatchell as their candidate anyway in January of ’83.

The rift within the local Labour party was made even clearer when John O’Grady, who ran Southwark Council for fourteen years between 1968 and 1982, put his hat in the ring as the ‘real Bermondsey Labour’ candidate with Bob Mellish’s support. This competition split the Labour vote, but the stage soon became filled with a host of other players. The young barrister, Simon Hughes, was named as the candidate for a new alliance between the Liberals and the Social Democratic Party and the Tories put up Robert Hughes, a Greater London Council man from Croydon. Twelve other candidates stood, including Screaming Lord Sutch, appearing for the first time under the Official Monster Raving Loony Party label, and the out and out racist – Dowager Lady Birdwood.

The battleground was set with Tatchell representing far more than his party or his potential constituents – he symbolised a movement, the ‘radical’ left and the swords were drawn from all quarters. Tatchell stood for ideas which have since become mainstream, like the minimum wage and equal rights for all, but at the time were considered revolutionary and a threat to the economy. “I stood on policies I still stand by today, which are now the mainstream but I was vilified at the time as an extremist for advocating them,” said Tatchell as he addressed the BRHS.

Tatchell says he got under the skin of big business and big newspapers when he opposed the redevelopment of huge swathes of Riverside ward. The large office spaces for national and multi-national companies would only serve to force local residents out and create a borough of two halves, according to Tatchell, an argument which is still prevalent in Southwark today.

“I was very clear that we must defend local working class communities, against big business interests looking to buy properties along the river for luxury flat developments,” said Tatchell. “It’s no coincidence that much of the venom against me in the media was by newspapers who had a vested interest in property developments along the riverside.”

Press photographers were posted outside Tatchell’s flat 24 hours a day with long lens cameras and he even found reporters in his building’s rubbish chute looking for anything incriminating or embarrassing they could get their hands on, as well as sending young boys to his door to try to get him in a compromising picture. After his home address in Elephant and Castle, where he still lives today, was made public, the attacks on his flat began. He received at least 500 hate letters, including 30 death threats and warnings his flat would be firebombed. A bullet was also posted through his letterbox in the middle of the night as part of a total of 30 attacks on his home. “I had to board up my flat because of these attacks,” said Tatchell. “Every night I went to bed in fear of attack.”

Out on the street it was even worse. To start with some of his political opponents daubed offensive slogans in three-foot high white paint letters all

communist p**f’ and ‘Tatchell is a n**ger-lover’. “Virtually every subway hoarding, railway arch and bridge had these slogans painted on them, said Tatchell. “When out canvassing I was physically and violently attacked over a hundred times. On the doorsteps I was spat at, punched, kicked and abused… I had some of my teeth chipped and cracked and plenty of split lips and other minor injuries… I was very afraid I’ve got to say. I’ve no shame in admitting when I went out canvassing I was terrified, but I kept going canvassing and kept getting attacked,” he said.

The papers and Tatchell’s political opponents used the fact that he was openly gay to take advantage of widespread homophobic views at the time. Leaflets for Simon Hughes, who had not come out as bisexual at that point, used phrases like: “This election is A STRAIGHT CHOICE” and Tatchell has since been told by members of a secret dirty tricks unit within the Liberals that they were responsible for thousands of anonymous leaflets circulated with a picture of the Queen next to a picture of Tatchell with the question ‘Which Queen will you vote for?’ Simon Hughes has since apologised to Tatchell, both publicly and privately, for his treatment by members of the Liberal party, though he says he knew nothing of it at the time.

Simon Hughes said: “I hope that there will never be that sort of campaign again. I have never been comfortable about the whole of that campaign, as Peter knows, and I said that to him in the past.. Where there were things that were inappropriate or wrong, I apologise for that.”

“For me personally that period was like living through a low level civil war,” said Tatchell, who conceded that he lost the battle in the end – and the left lost the war. “Its true that I became a symbol of the struggle between left and right. My defeat was a symbolic defeat for the left in general,” he said.

Tatchell ended his speech to the BRHS on a positive note, saying that thanks to the ordeal he went through and the subsequent public revulsion at his treatment, homophobia in politics and the press was not tolerated in this country to the same extent ever again.