The exile and death of ‘King Freddie’ – Was King Edward Muteesa II murdered in Rotherhithe? 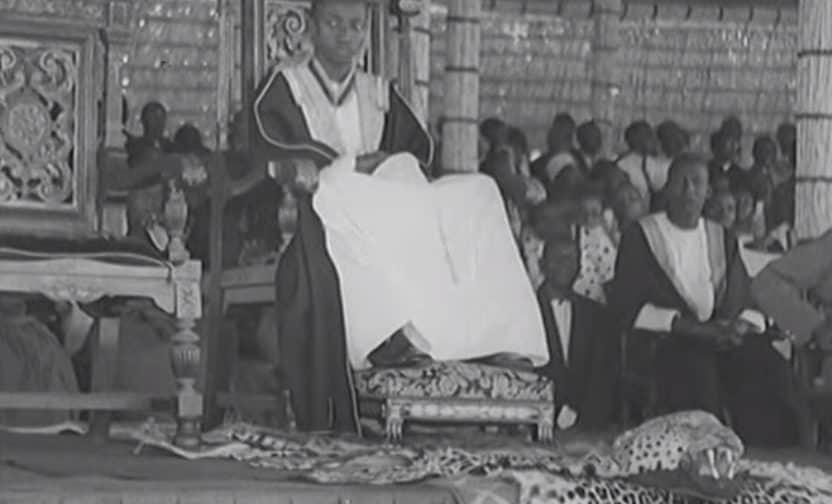 On November 21, 1969, the now veteran BBC journalist John Simpson sat down for an interview in a small flat in Lower Road, Rotherhithe.

Unknown to Simpson, this was the last interview the 45-year-old was to give: for only hours later, he was found dead on the floor of his bedroom by his bodyguard.

An autopsy revealed extreme levels of alcohol in his blood.

The inquest reportedly found there were no suspicious circumstances – saying Muteesa II was an alcoholic.

“I interviewed him a few hours before his death, supposedly from alcoholic poisoning,” said Simpson on social media last week.

“He was charming, articulate and entirely sober. I’ve always suspected he was murdered.”

This suspicion was and is shared by others, including family friends of King Freddie.

By the time of his death, he had become almost teetotal, they have said. Some have even alleged that he was force-fed vodka by agents of the home regime.

As a prominent exiled critic of the ruling President Milton Obote regime in Uganda, threats were not unheard of.

“We got warning, people used to write and say somebody has been sent, be aware, take care,” one family friend, another Ugandan exile living in the capital, told the BBC in 2009, four decades after Muteesa II’s death.

If the manner of King Freddie’s death was dramatic, the backstory was no less so. At the time of his death, Muteesa II had been living in exile for three years and six months.

He had been the ‘Kabaka’ or king, of Buganda, the largest of Uganda’s four historic Kingdoms, and was the then-Prime Minister Milton Obote’s choice for President of the newly independent Uganda.

But in 1966, Obote made moves to promote himself to the Presidency, and to abolish the historic kingdoms.

He ordered soldiers led by Colonel Idi Amin – later to infamously seize power for himself in a coup – to storm the Mengo Palace, the traditional home of the Kabaka.

The following year, a new constitution abolished the traditional kingdoms, including Buganda. (Buganda was later reinstated by President Museveni in 1993).

Educated at Cambridge, Sir Edward was commissioned as a Lieutenant Colonel in the Grenadier Guards in 1947 before taking on his presidential duties in Uganda.

Following the palace siege, Muteesa II sneaked out of Uganda under a pseudonym, arriving in Burundi in June 1966. From there he boarded a cargo plane to Brussels, on its way to Gatwick.

Arriving in the capital, he was by many accounts both financially strapped and lost. In his 1969 interview, King Freddie told Simpson that he received no support from the Ugandan government – despite being an exiled king and president – and relied on the generosity of friends.

Work, too, was complicated: by virtue of his status as former Kabaka of Buganda and president, he took pains not to be seen to profiteer or cash-in from his position.

For safety reasons, he also could not take a job which required leaving the house at the same time every day. He eventually ended up in social work, he told Simpson.

The generosity of friends extended to the use of the Rotherhithe flat in Orchard House, which belonged to a long-standing acquaintance from the British Army.

But it was not always a happy place – at least not for his daughter, Princess Dorothy, who was in an English boarding school during his exile.

“The Bermondsey flat, it was really sad for me to be inside that flat,” she is quoted as saying.

“It wasn’t a happy place. It was a bit depressing. We used to make light of things, as if it was just a temporary thing. He was always hopeful.” For two years, Muteesa II’s body remained in the capital, where it was temporarily buried. Obote petitioned the Wilson government to repatriate his body back to Uganda for burial.

The move was resisted amid fears that Sir Edward would not be given a traditional burial as befitting a Kabaka of Buganda and former President.

In February, Amin assembled a ministerial group to organise the return of Sir Edward’s body to Uganda for burial.

Preparations complete, Muteesa II’s body was exhumed from its resting place in March that year and flown on a plane belonging to a London businessman to Uganda. Amin – who had led the siege on the Mengo Palace – arranged a state burial for Sir Edward.

His body was flown to various locations for public viewing, before being taken to the Kasubi tombs – the royal resting place of several Kabakas in the capital, Kampala.

Finally in April Sir Edward’s body was buried in the Kasubi tombs, in a traditional ceremony involving bark cloth being placed upon the coffin.

It remains to this day at the UNESCO World Heritage site, despite some of the site’s major traditional buildings being gutted by a blaze in 2010. The cause of the fire has not been determined.

On Friday, July 26, 2019 a blue plaque was unveiled by the Buganda Heritage Association to commemorate where Sir Edward lived and died at 28 Orchard House in Rotherhithe.

It was funded with the efforts of the three ward councillors for the area, Cllrs Bill Williams, Kath Whittam and Stephanie Cryan.