The Gandolfis – the Peckham brothers who captured our past 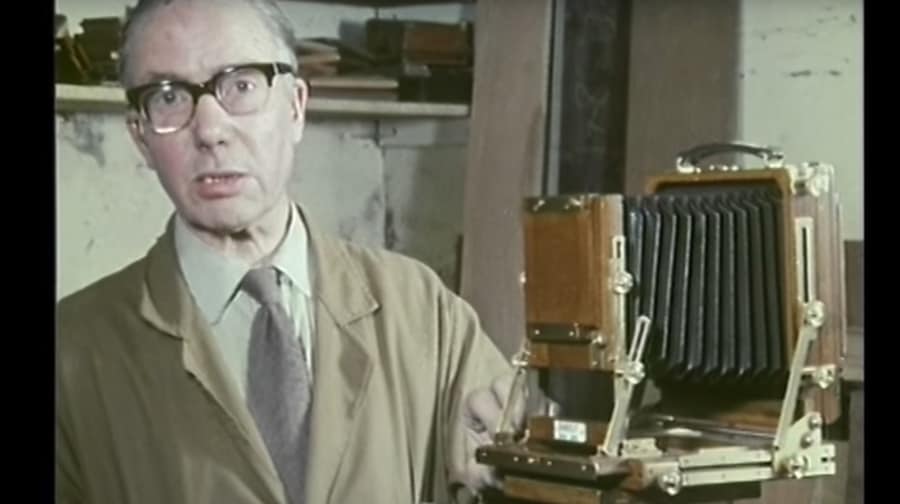 Fred Gandolfi staring in a documentary in 1974

There are some moments in history that will stay in our collective consciousness for generations because they were captured on film, writes Jennifer Creery…

Images of Captain Scott and his team, who bravely ventured to the South Pole before dying on their return journey, may have been taken on Peckham cameras.

In 1910, photographer Herbert Ponting climbed aboard the Terra Nova as he joined the British Antarctic Expedition as its official ‘camera artist’. Ponting was a customer of the Peckham –based Gandolfi Brothers, who handcrafted world-renowned glass plate cameras – all hand polished solid wood with brass fittings. The Gandolfi camera was considered to be among the finest on offer in the late 1800s and early 1900s and is likely to be one of several cameras used by Ponting to capture that extraordinary mission which will live on in our nation’s history.

The family business started out in Westminster in 1885, where Louis Gandolfi used his experience as a cabinetmaker to create beautifully crafter wooden cameras. In 1913, he moved his business to Peckham Rye, where he soon established himself as one of the finest camera-makers in south London, before settling in to a factory unit in Borland Road in 1928.

Louis and his three sons Tom, Fred and Arthur were commissioned by the Colonial Office, to create a camera that could be used in the humid climates of India and Burma and the Royal Naval Air Service, ordered the first ever aerial cameras to be used in combat from Louis. It is said that George Herbert, fifth Earl of Carnarvon, used one of the Gandolfi’s earliest cameras in the discovery of Tutankhamun’s tomb in 1907 and in 1924 Gandolfi cameras were used by Country Life Studios to photograph the interior of Queen Mary’s doll house. Each photo required a special lens and three hours of exposure. Louis handed the business over to his sons in 1938 just as the Second World War was bringing new financial opportunities.

An advert from the firm

The brothers began to receive contracts from the government, asking to supply 1,000 cameras to the various military departments. With only a handful of staff and a relatively small output, the brothers realised that could not meet the demands of such a large contract. They would not compromise the standard of their cameras even if it meant giving away the contract to a rival business. ‘Watson & Sons’, who employed more workers, took over the contract and the Gandolfis business suffered temporarily as a result. By 1970, ‘Gandolfi & Sons’ were the last business to still be hand-making wooden cameras. The raw material they used was becoming scarce.

Since 1931 Britain had stopped all import of cuban mahogany and by 1973 the Gandolfi’s workshop contained only twenty planks left. The business began to struggle. The waiting list for a Gandolfi ‘Precision’ camera was three years by 1976. The addition of Tom’s son to the team in 1976 improved the rate of production, but the brothers still struggled to keep up with growing demand. As Arthur and Fred reached their eighties, it became apparent that they could not continue the business anymore. They handed over the company in 1982 to Brian Gould and Sir Kenneth Corfield and Terry Herbert, a pupil of the brothers, continued to make Gandolfi cameras the traditional way. Fred and Arthur were given honorary life membership to The British Institute of Professional Photographers and The Royal Photographic Society in 1985.

The South Kensington Science Museum marked a century of Gandolfi work on November 1980, with an exhibition of Gandolfi cameras and pictures. The physical Gandolfi cameras will be around for some time yet as photographic history fanatics collect relics of a bygone era. But long after they are lost, the images captured on them of our global history, will live on.

Southwark News
thank you for this

Southwark NewsHistoryThe Gandolfis – the Peckham brothers who captured our past