'I remember realising I was wet through, and whatever happened I must not breathe, for I was under water' 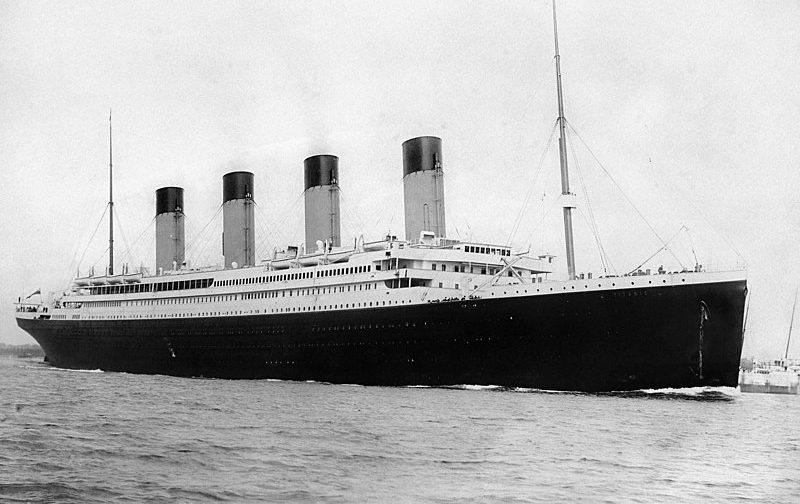 The testimony of a wireless operator from Nunhead who survived the sinking of the Titanic is back in the spotlight as debate rages over whether to rescue his radio system from the rapidly deteriorating shipwreck.

Titanic crew member and wireless operator Harold Sydney Bride made headlines around the world with his first-hand account of the disaster to the New York Times.

As he swam for his life, Bride had watched the so-called ‘unsinkable’ ship go down on her maiden voyage in the early hours of April 15, 1912. What remains of the radio equipment he used to send out Titanic’s distress calls is now the source of an impending legal challenge and battle over the future of the disintegrating wreck.

In May, a US district judge gave the go-ahead to a salvage firm to rescue the radio equipment, even though salvagers would have to cut open the ship’s decaying hull to do so.

The decision has now been challenged by the federal government – with an appeal expected in the court later this year.

The Nunhead-born operator, then aged 22, was one of the last to use the machine and his messages are credited with helping launch the rescue mission.

Bride, a Marconi International Marine Communication Company employee, was part of a team including senior operator Jack Phillips responsible for receiving and transmitting messages to and from other ships, using then state-of-the-art radiotelegraphy.

Much of their work involved transmitting messages between first-class passengers and their friends and loved ones back home, as well as monitoring weather reports and iceberg warnings.

“Hello Boy,” said one one of the happier messages recorded. “Dining with you tonight in spirit, heart with you always. Best love, Girl.”

That night the Titanic’s fate was sealed when it hit an iceberg south of the Newfoundland coast, at around 11.40pm, sustaining 300-metres of damage as the ice raked its starboard side.

The first Bride knew of the impending disaster was when he reported for duty up to relieve Phillips on the night shift, and the incredulous captain told him: “We’ve struck an iceberg and I’m having an inspection made to tell what it has done for us.” In the hours following the operators sent out increasingly frantic calls as the ship’s compartments filled with water.

The first few read: “Come at once. We have struck a berg. It’s a CQD, old man,’  to ‘we have struck an iceberg and sinking by the head’.

“Every few minutes Phillips would send me to the captain with little messages,” Bride recalled. “They were merely telling how the Carpathia was coming our way and gave her speed.

“I noticed as I came back from one trip that they were putting off women and children in lifeboats.  I noticed that the list forward was increasing.

“Phillips told me the wireless was growing weaker.  The captain came and told us our engine rooms were taking water and that the dynamos might not last much longer.”

It took two hours and forty minutes for Titanic to sink.

The water had finally reached their deck and was swirling into the operating room when the captain released Bride and Phillips from duty, telling the crew: “You can do no more. Abandon your cabin. Now it’s every man for himself.”

Bride recounted how Philips ignored the captain’s advice and went down with the ship, desperately trying to send out information to their rescuers.

By now passengers were frantically trying to launch the final lifeboats before they were all sucked under.

Bride managed to jump onto an upside down one just as a huge wave swept it out into the open water, finding himself trapped inside.

“I remember realising I was wet through, and whatever happened I must not breathe, for I was under water,” he said.“I knew I had to fight for it and I did.

“How I got out from under the boat I do not know, but I felt a breath of air at last.

“There were men all around me – hundreds of them.  The sea was dotted with them.”

He said the shop looked like ‘a duck that goes down for a dive’ as she sank. He swam with all his might.

Eventually a hand pulled him out the water and into him into a lifeboat. He was one of the lucky few.

When The Carpathia arrived two hours later most of those in the water had already drowned or frozen to death. It is estimated more than 1,500 perished.

Despite injuries including frostbite, Bride continued his work as an operator aboard the Carpathia’s three day journey to New York, relaying messages from panicked relatives.

Bride was reportedly paid $1,000 for his scoop and was regarded as a hero. During his life, he was uncomfortable with his celebrity.

He carried on working as a maritime wireless operator during the First World War, and in 1920 married in Glasgow, later having two children. He died in 1956.

Two haunting images from the disaster would stay with him: his friend and colleague going to his death trying to man the wireless, and the musicians who played into the cold night.

“The way the band kept playing was a noble thing,” he said.

“I heard it first while we were still working wireless, when there was a ragtime tune for us, and the last I saw of the band, when I was floating out in the sea with my lift belt on, it was still on deck, playing ‘Autumn’.

“How they ever did it, I cannot imagine.”