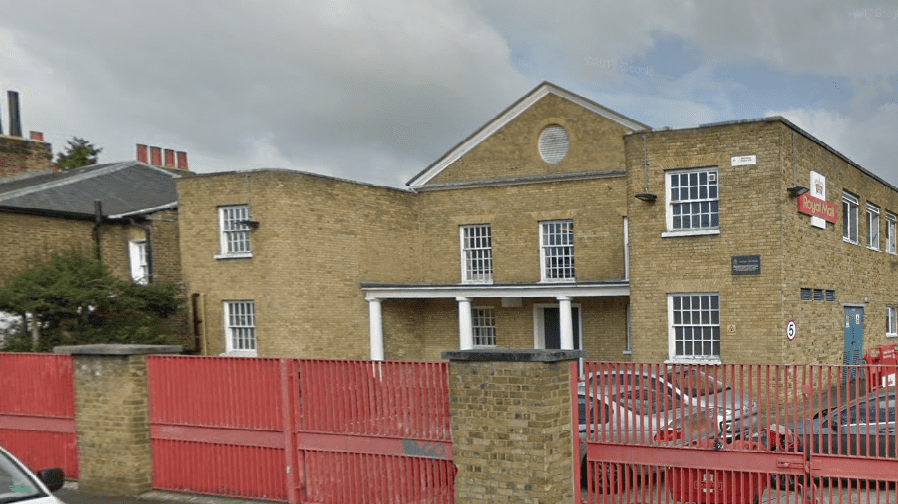 The former Friends Meeting House, as it stands today

The Museum of the Docklands at West India Quay has a permanent gallery, London Sugar and Slavery, which opened in 2007.

In a section on women campaigners there is a pamphlet printed for the Peckham Ladies African and Anti-Slavery Association, a little-known group of women who, as consumers, used their purchasing power to boycott slave-grown West Indies sugar.

The two main boycott campaigns came in 1791-1792, and 1825-1899. In 1791, abolitionist campaigner William Fox published his anti-sugar pamphlet, and the same year, the first abolition bill, was rejected in parliament.

The pamphlet sold 70,000 copies within just four months, and the following year sugar sales had dropped by a third as an estimated 400,000 people boycotted sugar – with women’s campaigning groups at the vanguard. Without the vote, they had to take direct action to influence politicians.

In 1807, the slave trade was abolished throughout British Colonies. But the practice had continued in the West Indies, and so in the 1820s a new campaign gathered momentum.

As before, it was primarily supported by female anti-slavery associations. The Free Sugar Ladies of Peckham were one such group. And they were ridiculed in the press for their campaign.

In 1829, an article by an anonymous author appeared in the Leicester Journal, describing the inaugural meeting of the new Peckham Ladies African and Anti-Slavery Association.

It said: “Where Peckham exactly is situated, we cannot take upon ourselves to say, but we have reason to believe that it lies somewhere between Deptford and Camberwell; and we must say, the female natives appear to be on an uncommonly amiable turn of mind…”

The author publishes their names, “for the honour of the ladies, for the gratification of their husbands, and for the edification of the empire of Peckhamia” – presumably in an attempt to embarrass them – and then makes a series of cheap jokes about their names before mocking their fundraising efforts.

He then encourages them to “devote themselves to the respective duties of their own lives, to attend to the wants of their poor neighbours, of whose necessities and claims they may fairly judge; to look after their own little household affairs… and leave the regulation of great national questions to the Government…”

Many of the names listed were Quakers who met at Friends Meeting House on Highshore Road, then Hanover Street, now used as a sorting office.

Peckham was home to several prominent Quaker families, including Elizabeth Taylor, who went on to marry George Cadbury and establish Bournville Village in Birmingham.

Those involved in the anti-slavery society included Elizabeth Pettipher Cash (1794-1894), and the daughter of William Naish (1785-1860), the author of the pamphlet Reasons for Using East India Sugar; Mary Naish.

But despite this groundswell of support for abolition, it would take until 1833 until slavery was finally abolished throughout the British Empire.

With thanks to the Peckham Society for its help with this article. A version of this piece originally appeared in the society’s newsletter.