'The part performed by the male in the reproduction of the species consists in exciting the organism of the female, and depositing semen in the vagina' 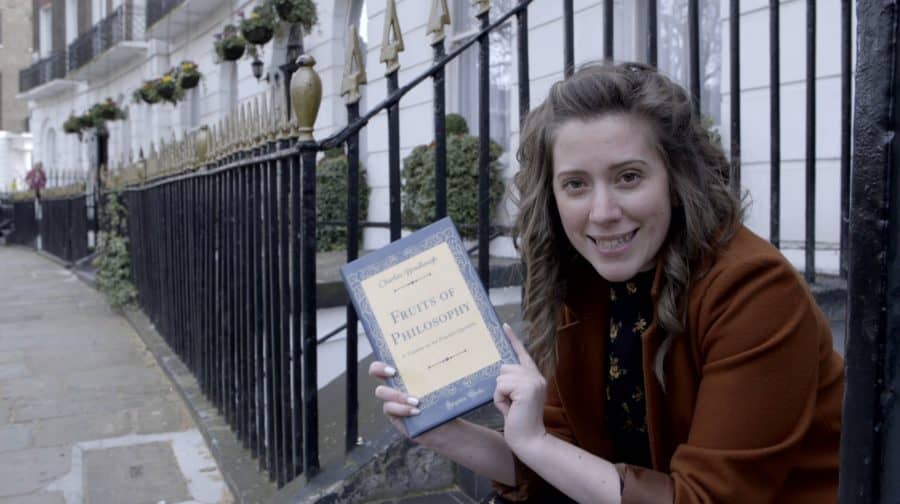 Dr Riddell with The Fruits of Philosophy

A new BBC Four documentary tells the story of the biggest scandal in Victorian publishing – when a social reformer who lived in Dulwich was taken to court after printing a sex and contraception guide for ordinary people.

In A Victorian Scandal: The Rudest Book In Britain, broadcast last week, Dr Fern Riddell argues instead of reinforcing the Victorian’s image for buttoned-up, sexual regressive prudishness, the infamous 1877 obscenity trial shows a different side to the Victorian public who were clamouring for information about sex.

Although the ruling classes were worried so-called ‘obscene’ publications would corrupt the masses, normal people were increasingly benefiting from new ideas disseminated by a rapidly industrialised printing press.

But despite advances in physiological understanding of the human body, many people still lacked access to basic information about the mechanics of sex and contraception.

Annie Besant was a social reformer, most remembered for her role in the London match girls’ strike of 1888.

She believed access to contraception would help control a rapidly expanding population, and help families move out of poverty and live better lives.

In 1876, she teamed up with Charles Bradlaugh, with whom she had co-founded the National Secular Society, to enable ordinary people further their understanding of birth control.

Fruits of Philosophy, written by Charles Knowlton, explained the anatomy of men and women and the role of frequent orgasms in physical and mental health.

Although its information wasn’t always particularly accurate, some of its advice has indeed stood the test of time.

On conception and pregnancy, the book’s author explains:  “The part performed by the male in the reproduction of the species consists in exciting the organism of the female, and depositing semen in the vagina.”

The author also advises that the ‘reproductive urge’ doesn’t cease when pregnancy begins but can, in fact, increase.

Knowlton also explains how sex is useful for quelling otherwise disruptive desires:  “If this passion, being once roused, could not by some means or other be calmed, it would command by far too great a portion of our thoughts, and with many constitutions the individuals, whether male or female, could not conduct themselves with due decorum.”

But at this time, what could and couldn’t be published was governed according to obscenity laws which didn’t just target pornography. Anything deemed explicit – even medical writings – could potentially be viewed as obscene. 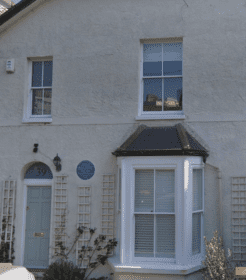 Fruits of Philosophy had been sold on a small scale in England in the 1870s and caused a stir– one bookseller was even given two years’ hard labour as a result.

But when Bradlaugh and Besant took over as publishers, they sold the cheapest ever edition – costing a sixpence – making it widely available for the first time to the average working man or woman.

After 500 copies flew off the shelves on the first day alone, the pair were arrested and charged for breaching the 1857 Obscene Publications Act.  A trial, at the Old Bailey, started in June 1877.

Prosecutors believed Fruits of Philosophy was problematic on two levels. Not only did the prosecutors think it was indecent, many people still believed contraception in marriage was sinful.

This was a view even taken by scientific pioneers like Darwin, who had done much to challenge traditional religious thinking, who believed contraception got in the way of natural selection, and the survival of the fittest.

Taking to the stand, Besant and Bradlaugh defended themselves with Besant arguing sex can help men and women stay healthy, and birth control can help tackle poverty.

In court, it was branded ‘a dirty and filthy book’ and, the prosecution explained, no decent husband would allow his wife to read it.

But as Dr Riddell’s research shows, although that was the official story, and a view many news-papers backed, the public voted with their wallets.

During the highly publicised trial, Fruits of Philosophy became an overnight bestseller.

The pair were found guilty but eventually managed to overturn the judgement on a technicality.

Besant continued campaigning for birth control, even writing her own pamphlet on the subject, The Law of Population.

It took until 1930 for the Church of England to publicly support the use of birth control within marriage, and until 1974 for the NHS to fully provide contraception ‘irrespective of age or marital status’.

In a time when access to abortion and reproductive rights are still debated, and in some countries being rolled back, as Dr Riddell says, Besant helped start a debate – 140 years ago – that is yet to be concluded. 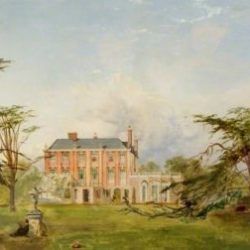 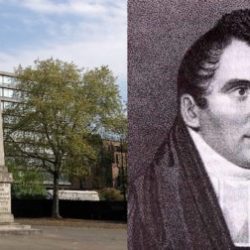 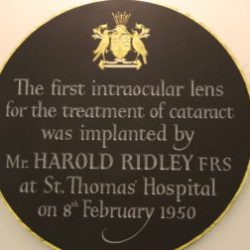