The mysterious disappearance of two boys on their way to Sunday School, which gripped pre-war Bermondsey 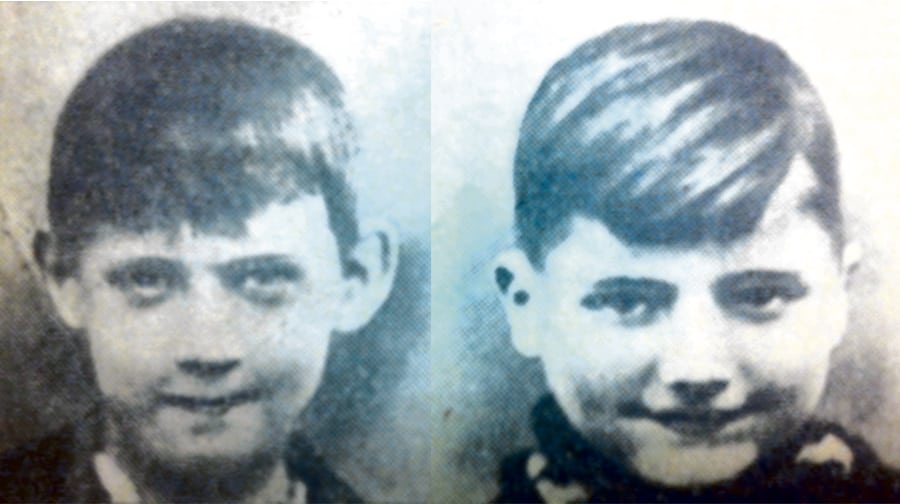 In 1939, months before the start of the Second World War, Bermondsey was gripped by the mysterious disappearance of two school boys, aged seven and eight, who went missing on their way to Sunday School.

Dressed in their best, Kenneth Bridger and Willie Ellis went to call on Ken’s grandma, Evelyn Chambers, in Grange Road on Sunday February 12. Kenneth wanted to show off his new suit to her and tell her what he and his pal Willie had been up to. “He had everything new and he wanted me to see it,” said Mrs Chambers after the boys’ disappearance.

“He told me that Billy Ellis and he had gone fishing for tiddlers the day before and I said ‘you are very naughty boys. You will have the policemen after you.’” They left her place at 3.30pm and said they were going to Sunday school, but they were never seen again. The pair both lived in the Guinness Buildings in Pages Walk and the neighbours were soon out looking for them. Friends and relatives in their hundreds combed every inch of Bermondsey in the week after the boys vanished. “It seems as if a hole in the earth has swallowed them up,” Willie’s mother, Mrs Ellis told the Herald as she busied herself preparing dinner for her eight other children.

“It’s driving me mad,” added Kenneth’s mother Mrs Bridger, who had no other children. Even though the boys sometimes went off together for the day, they always returned and on this occasion they were not wearing hats or coats and they did not have a “penny between them,” according to Kenneth’s father, Mr Bridger. When the boys had been missing for two weeks, Mr Bridger grew frustrated with the police investigation and spent his entire week’s docker’s wages on hiring a car so he could search for his only son himself. On the strength of a sighting of two boys answering the description of Kenneth and Willie in Clapton a week earlier, Mr Bridger drove the 140-mile length of the Thames looking for his boy.

“I’m not a detective but I shall continue to search for the boys while I have a penny left for bus fare,” said the desperate man. A railway man had said he had seen two boys in a tram car in Clapton at 5am the previous Saturday and when he asked them where they were going at that hour, they said fishing. But hopes were dashed when the tram conductor on that journey said the two boys in question were wearing school caps, which Kenneth and Willie were not.

A radio van helps in the search

In the days that followed, hundreds of calls were made to the police, who were doing their best to follow up on dozens of clues every day. A description of the two boys was circulated within 150 mile radius and every empty and derelict building in South East London was searched along with every empty railway container in the whole country. Van-owner, Robert Adams, volunteered his vehicle with a loudspeaker to tour London raising awareness of the boys’ disappearance.

On March 1, a jumper and a pair of brown boots which could fit an eight-year-old were found in a bungalow at Shoreham in Sussex. Kenneth had been wearing brown boots which had been blackened and Willie was wearing a red jumper when they went missing. Sightings of the boys came in from all over London as well as hoax letters sent to the parents as if they were from their lost boys. Mrs Bridger received an unstamped letter purporting to be from the boys in an envelope marked Romford. Inside, written in pencil on a half-torn piece of paper, it said: ‘Dear mummy, we are having a very nice time.’ It was signed ‘From Kenny and Billy’. She handed it over to police but she was suspicious it was not from her son as he always wrote in block capitals and this letter was written in childish handwriting.

“I am inclined to think if the letter is from my son it has been dictated to him by someone who may be holding the two boys as prisoners against their will,” Mrs Bridger told the newspapers. Another letter, posted from Stockwell, was sent to Mrs Ellis, saying: “Dear Mammy – Don’t worry about us. We are both all right and happy. Just having a little fling on our own. We shall soon turn up again like a bad penny. Cheerio Mam, until we meet again, Love from Billy.’ Mrs Ellis was on her way to the police with this letter at the very moment her son’s body was discovered in the Grand Surrey Canal on March 2 about a mile away from his home. At the subsequent inquest the Coroner Mr Douglas Cowburn remarked on the letters: “I cannot imagine a more wicked and abominable thing than to cause such a poignant distress and anguish to these mothers. It will I feel sure excite the indignation of every right-minded man and woman who may read of these proceedings.”

He added that these were just two examples of numerous letters sent to the parents giving them false hope at a time of great suffering, provoking a jury member to stand up and shout: “It is a scandal for anyone calling himself British.” The search for Kenneth continued but at dusk that day he had still not been found. “I am hoping and praying as hard as I can but I am afraid Ken will be found in the same place,” said Mrs Bridger that evening. A devastated Mrs Ellis, who had learnt of her son’s dreadful fate said: “I can’t think what sent Willie to the canal. He was never an adventurous child – rather frail and delicate. Quite a mother’s boy.”

The following day Kenneth’s body was discovered in the canal just before 11am, a few yards downstream from where Willie was found. It was seen floating by a passer-by. The inquest gave the cause of death as drowning and the post-mortem suggested Kenneth had fallen into the canal and Willie had gone in to save him. There was no evidence of foul play. The funeral procession for the two boys was jam-packed with people from the local area who had hoped beyond hope for nearly three weeks that Bermondsey’s two lost sons would be found safe and well.