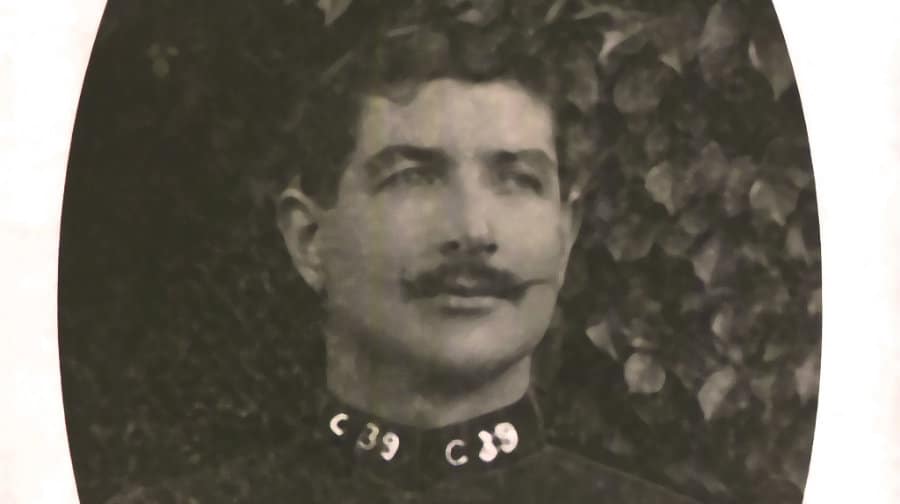 This year it will be one hundred and five years since a Walworth bobby was shot dead in a bungled burglary which shocked the nation.

It was Sergeant Robert Bentley’s wedding anniversary and his wife was heavily pregnant with their first son, who would never get to meet his dad. Robert and Louisa lived on the corner of Villa Street and Aylesbury Road when he went on duty as a City of London police officer and was gunned down in what became known as The Houndsditch Murders.

On December 16, 1910, the Gardstein gang of Latvian revolutionaries tried to rob a jeweller’s shop in Houndsditch to raise funds for propaganda and help their fellow activists back home. The job had been planned meticulously, with the anarchists renting rooms in the building behind the shop. They used a 60-foot rubber gas hose to use gas from their building to burn through the jeweller’s safe. What the bandits hadn’t banked on was it being the Sabbath in a largely Jewish area. In the quiet the unusual noises alerted the neighbours, who called the police.

Unarmed, 36-year-old Robert Bentley, was the first to enter the building the burglars were using as a hideout and he was the first to be shot dead. Fighting their way out of the building, the robbers then killed Robert’s comrades Sergeant Charles Tucker, 46, and PC Walter Charles Choat, 34. Two officers were also injured in what is still considered the worst incident for British police in peacetime.

One of the burglars, George Gardstein, was accidentally shot by his friends in the confusion and died from his wounds the next day. The other two of the gang members escaped and hid out in Stepney, leading to the famous Sidney Street Siege of January 1911.

There was a great deal of public anger as the offenders were categorised as ‘aliens’ and inhuman ‘foreigners’. An informant tipped off the police that the two remaining robbers were hiding out at 100 Sidney Street and a small army of two hundred officers and a detachment of soldiers were dispatched to the scene, where they were joined by then Home Secretary, Winston Churchill. The surrounding homes were evacuated at dawn and a crowd of thousands of spectators massed outside. The two Latvians were heavily outgunned but they held their own in that East London tenement for seven hours. The siege only ended when the house caught on fire and the two men were trapped inside.

The fire brigade was already on the scene when the building burst into flames, but Winston Churchill ordered them not to extinguish the blaze. The fire gutted the building and as the roof caved in, firefighters struggled to prevent damage to the surrounding buildings. A wall collapsed and buried five people, one of whom, a firefighter, died the next day in hospital. The bodies of the two Latvians were discovered inside the house, one on the first floor where he had been shot, and the other on the ground floor where he had been overcome by smoke.

The cause of the fire was never discovered. The siege was a media sensation of its time. Newsreel cameras were rolling throughout, and the first films were showing in West End cinemas that same evening. As for Walworth’s own Sergeant Bentley, who had served in the Boer War, he was buried with the highest honours after a service at St Paul’s Cathedral – the first time it had been used for the funeral of someone with the rank of civil police. Robert’s son was born the day after the shooting and named after his father – Robert Eric Alfred Bentley. A year later the Daily Mirror went to visit Louise and baby Robert on his first birthday when he was described as “a fair haired, chubby-faced, brown-eyed baby boy now and not at all shy.”

But sadly, baby Bobby didn’t make it to his fourth birthday, as he died from diphtheria in Stockwell hospital, aged just three-years-old. Huge crowds gathered outside the family home in Villa Street when baby Bobby’s body was brought from the hospital in a hearse for the funeral.