'When love is suppressed, hate takes its place' 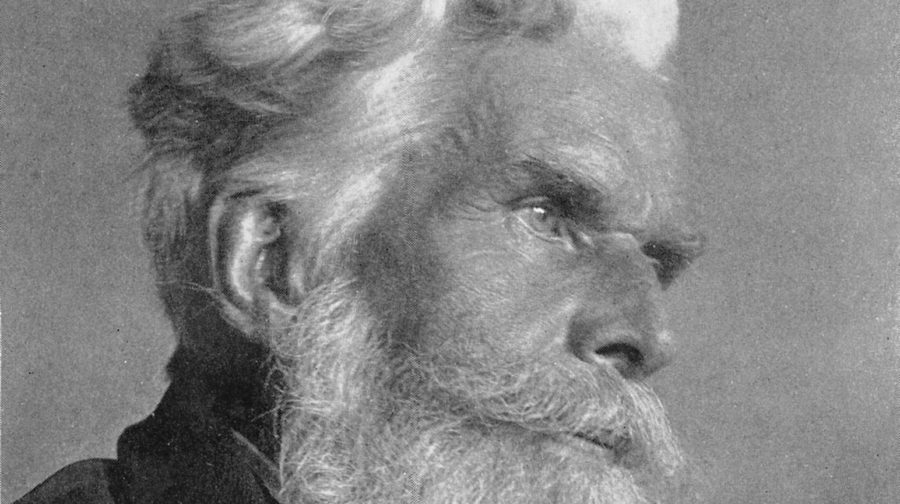 One of the first people to study sex and sexual behaviour – and publicly declare homosexuality was both natural and normal – was a south Londoner and St Thomas’ medical student.

Havelock Ellis (1859-1939) was born in Croydon, educated in south London, and became a pioneer in the nascent field of sexology.

After teaching for several years in Australia, he enrolled in St Thomas Hospital in 1879 to study medicine.

During his time at the prestigious hospital, Ellis joined a coterie of leading academics and creatives, including George Bernard Shaw and Arthur Symonds, through the Fellowship of New Life, which later became the Fabian Society.

Living in Brixton’s Dover Mansions, Ellis was an editor with interests ranging from seventeenth dramas to contemporary science journals, who also began his own research, including the seminal Studies in the Psychology of Sex, written in six parts from 1897 to 1928. The first volume, Sexual Inversion, was the first academic study of homosexuality ever published in the UK, profiling gay men and women Ellis knew well and written at a time when homosexuality was illegal.

It featured five years’ worth of case studies and data, collected while at King’s College London, and argued gay sex should not be a crime.

Rather than presenting it as a mental or physical sickness that should be ‘cured’, as was attempted by the physicians of the day, Ellis showed homosexuality as a common and natural difference occurring throughout history and across all societies and cultures.

Ellis used the term ‘Eonism’ for what we would now describe as ‘trans’ behaviour – encompassing cross-gender, or the belief a person is non-binary, or born the ‘wrong’ gender.  He called homosexuality ‘inversion’, and described lesbians and gay men as ‘inverts’ – whose desires are ‘inverted’ and channelled onto the same gender.

Although to today’s reader his work is out-dated, sexist, and his terminology superseded, he did much to develop the early study of psychology, and sexology and many of his ideas were taken up by world-famous psychologists including his arch-rival Sigmund Freud.

As with many other writers and thinkers so ahead of his time, Ellis found his work on trial with obscenity charges, with one judge describing his work’s scientific value as just ‘a pretence, adopted for the purpose of selling a filthy publication’.

Despite this setback, Ellis continued to write and publish his work and gained high-profile support from other forward thinkers.

He even wrote about his own particular fetish, urolagnia, whereby sexual satisfaction is found in urination, which he described as ‘within the normal limits of variation of sexual emotion’, and an impulse felt by both men and women including those of ‘high intellectual distinction’.

Ellis believed in women’s rights, sex education, and contraception at a time when these ideas were hugely radical. Some of his beliefs are now unpalatable, including his staunch support of eugenics.

He was, however, ground-breaking in his determined, but highly controversial, belief that all kinds of consensual sex are natural and healthy.

Ellis wrote that ‘when love is suppressed, hate takes its place’. His work sought to understand sexual difficulties experienced by men and women and to help them overcome feelings of shame.

Speculation about Ellis’ own love-life somewhat overshadowed his work, with his revelations about his own sexual proclivities, and long-term impotence, fuelling gossip.

In 1891 at the age of 32, and still a virgin, he married writer and women’s rights campaign Edith Lees.

The pair had an ‘open relationship’, with Lees openly lesbian, and lived separately.

After her death, he had another long-term relationship, where he found greater sexual satisfaction.

Ellis is one of many Victorian and Edwardians who put themselves at considerable risk to help create a more tolerant and understanding society.

Although he struggled to achieve satisfaction himself, in his own words: “Sex lies at the root of life, and we can never learn to reverence life until we know how to understand sex.”