Tower Tandoori is still a hot favourite after 40 years 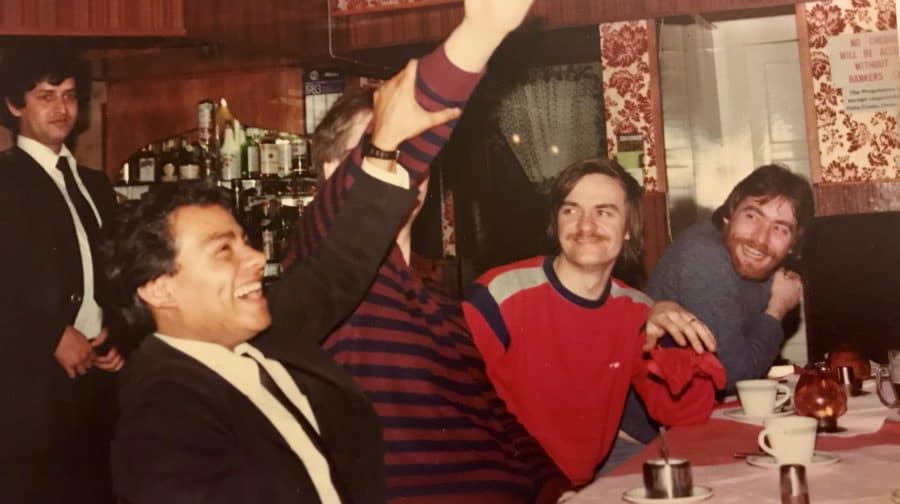 The restaurant, which was one of the first in south-east London, is still going strong after 40 years

The restaurant was one of the first Indian curry houses in south east London – and it’s still going strong four decades later.

Suhel, who has followed in the footsteps of his dad and grandad to run the business, said: “In the beginning it was probably the only Indian restaurant in the whole of south east London.

“It was definitely the only tandoori restaurant.

The restaurant started trading as the Tower Tandoori, although previous businesses known as the Dreamland Tandoori and Star of India had been in the premises before. The restaurant first started trading as the Tower Tandoori in 1978 – and is now run by Shab’s (pictured) son, Suhel

“There’s probably been an Indian restaurant there for the last sixty years.”

Although there has been a well-loved Indian on the spot for over a half a century, the business has had to battle the difficulties facing the industry.

Suhel, 31, said: “Indian restaurants have been closing down like flies.

“They’ve been going very quickly because people who can cook have been retiring, young people haven’t been joining – there’s an industry wide problem. What then, is the secret to the businesses’ longevity, apart from its very tasty curries?

Suhel attributes it to “always innovating and trying something different”, as well as the loyalty of its staff in the family-owned business.

The restaurant has embraced tech, while having a strong family focus helps with making sure there’s always someone around to keep things ticking over.

He said: “We’ve had a lot of family members who given a lot in the business, a lot of people had given their sweat blood and tears.”

The “young blood” in the business helped keep things fresh, Suhel says – while loyal staff become almost like a second family. (One waiter has been there for ten years, a rarity in the industry.)

The Tower Tandoori is fiercely local and proud, too. The business won’t open until the pavement outside has been swept clean, a tradition Suhel said he has inherited from his father and grandfather.

Suhel said: “I went to Grange Primary around the corner, I went to Guy’s hospital, and everything I’ve ever done has been in this area.

“If I don’t come to the restaurant even on my day off I feel uncomfortable, it’s just a thing.

“I feel like I have to breathe the air on Tower Bridge Road, it’s such a clichéd thing to say but I just feel not right otherwise.”

Being rooted in the area for such a long time has given the Tower Tandoori a vantage point to watch how much Bermondsey has changed – even down to the people popping in for a curry.

Director Suhel, who took over the business ten years ago, explained: “The customer has changed. We were very old Bermondsey to start off.

“When I started in the business we used to get customers who came after the pub and it was a very different type of customer than what we’ve got today.

“People used to come to the restaurant just to say hello to Dad or me and my brother. Yes, they came for the food but they saw us as family.

“The whole demographic of the area has changed. The Old Bermondsey has moved to Bexley and Sidcup and Bromley, whereas the yuppie crowd who can afford to buy a two bed flat for £500,000 has moved in.” He added: “We’ve had to adapt to a new clientele – we’ve gone from being a neighbourhood restaurant to a tourist-friendly restaurant.”

In the early days, dad Shab was reluctant to have the big open-front windows which now characterise the restaurant because he thought they would be smashed too quickly.

Now they are more likely to see coach loads of tourists passing by their windows. Menus are printed in several languages to adapt to their customers from all over the world.

Despite the forty years of serving tandoori to Old Bermondsey and New Bermondsey alike, the business has no plans to stop any time soon.

“This is stuff my ancestors, my dad and grandfather really worked hard on. It’s not about money it’s a sentimental thing, it’s about legacy,” said Suhel.

“I’d like to see the business go onto another forty years, maybe even a hundred years.”

Southwark NewsHistoryTower Tandoori is still a hot favourite after 40 years