Winnie was known for her sense of humour and infectious laugh 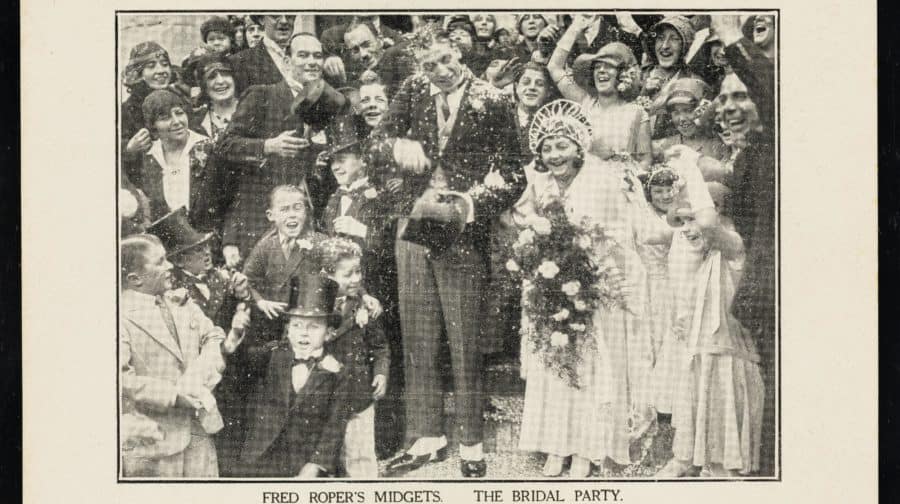 We are used to seeing the nuptials of famous celebrities being splashed across the media, whether it be Posh and Becks, Harry and Meghan or Kim Kardashian and Kanye West, yet this is nothing new in Walworth, writes Southwark historian Neil Crossfield…

On a wet Wednesday afternoon on 6 August 1930, a crowd estimated to be thousands strong crowded into Liverpool Grove, eagerly wanting to catch a glimpse of the newlyweds leaving St. Peter’s church.  Such was the excitement, police officers had to force a way through the horde of people so that the wedding cars could move along the road.

This however was no usual couple, as both bride and groom were well known figures on the British Variety scene and were obviously adored by the many who had turned out and braved the rain.  The 24-year-old bride, a Miss Winnifred ‘Winnie’ Yelland, had lived in the Walworth area since childhood.  The groom was a well-known Scottish comedian, James Campbell McCleod, also known as ‘Jimmy Mac’.  Whilst a wedding between two entertainers was nothing new, what made this union remarkable was that Winnie Yelland stood at only 3ft 7in high, whilst her husband was reported as being 6ft tall! 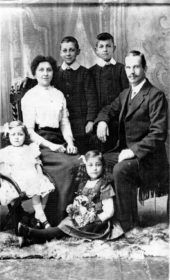 Winnie as a child with her family, image courtesy of Derek Yelland

The marriage registers at St. Peters reveal that at the time of the wedding, both bride and groom were residing at 357 Walworth Road, just around the corner from the church.  Winnie was born in Exeter, Devon, in August 1906 but by 1911, the family had moved to London and lived in Meadow Row, just off the New Kent Road.  This was just across the road from the old Elephant and Castle Theatre (later the Coronet cinema) and perhaps it was after watching shows there that she developed her passion for performing?

Studies of census records around this time reveals that several music hall artists and musicians lived in this part of Walworth, perhaps due to its proximity to the West End and the multitude of theatres and music halls in south London.  Winnie had begun her stage career at the age of fifteen and soon became an accomplished singer and dancer, performing all over the UK.

Newspaper reports of the time note that the romantic bond between the couple had been cemented when Jimmy Mac had saved Winnie from drowning after she fell into a tank of water while they were performing together at Blackpool.  After this, Winnie learnt to swim herself and in turn, rescued a fellow performer from drowning whilst they were on tour in Guernsey.  The stage name of this girl was ‘Little Lady Godiva’, who stood at 2ft 10inches tall and was once reported as the ‘smallest English Lady in the world’.  They must have remained friends, as she was the chief bridesmaid at the wedding.

Using language which would rightly not be accepted today, newspapers reported this as a ‘midgets’ marriage’ and that the wedding was attended by many fellow little persons.  Performers from both ‘Fred Ropers Tiny Town Follies’ and ‘Charles Dudley’s Midget Gladiators’ companies formed a guard of honour as the couple left the church.  Though it seems strange in these more progressive times, ‘midget shows’ were still hugely popular in theatres and music halls in Britain, Europe, South Africa and the United States in the interwar period.  These types of acts had their roots in the Victorian freak show, sadly demonstrating that attitudes to small people were still largely unenlightened in the early 20th century.

Many of the performers would no doubt have been hugely talented, yet attitudes towards their disability during this period may have meant that opportunities of finding employment in regular theatrical troupes might have been restricted and so they found themselves limited to performing in one of these troupes.  Historians have suggested that these perpetuated the myth that happy communities of short people were a naturally occurring phenomena rather than being the invention of exploitative impresarios and managers.

In 1925 ‘Ropers Midget’s’ spent the season in residence at the Dreamland Amusement Park in Margate, a much-loved destination for many a Londoner.  These troupes included singers like Winnie but also acrobats, cyclists, comedians, and orchestras. Roper went on to take over the management of a famous American act, ‘Morris Gest’s Midgets’ who had occupied ‘Little Miracle Town’ at the 1939 Worlds Fair at Flushing Meadows New York.

The bride had worn a dress of ivory satin designed by the wardrobe mistress of the theatrical company and around her neck she wore ‘a massive necklace of mummies heads, with a scarab taken from the sarcophagus of an Egyptian King, thousands of years old’.  Whether or not this piece of jewellery had received a pharaoh’s curse is not known but the 1939 Register indicates that Winnie was now divorced from Jimmy Mac, so perhaps it was not so lucky for her.

After the marriage ceremony in the packed church, the wedding party retired to the nearby South London Palace Theatre in London Road where the wedding cake was reported as being as tall as Winnie, with photographs showing her standing on a table to cut it.  It would seem that much of the spectacle around the wedding was purposely designed to generate publicity for Fred Roper, a showman of the highest order.

Theatrical reviews show that Winnie continued to perform well into the 1950s now performing with ‘Burton Lester’s Midgets’. She was good friends and worked with Jimmie Clitheroe who was another well-known entertainer of short stature. Eventually moving back to south London, she lived in Lewisham for many years. Family members fondly remember her telling funny stories and having an infectious laugh. She passed away in November 1983.

Jimmy Mac also remained in show business both as a comedian and manager until at least the 1970s.  He died in 1984 in north London. Winnie may have only been short in stature but the affection in which she was held by her fans was huge. 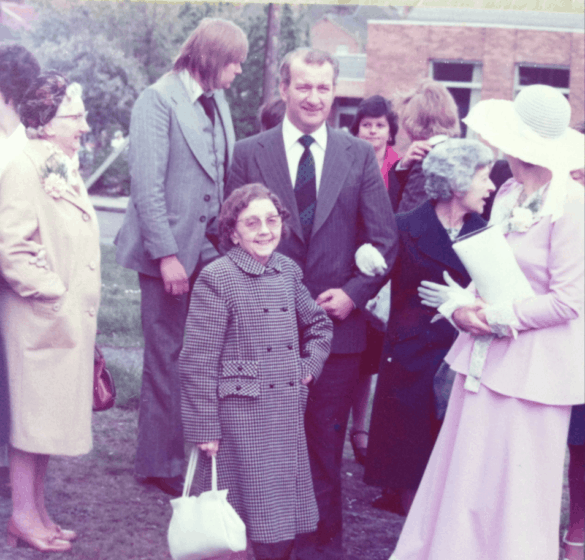