The reality of life in one of London’s most overcrowded, and poorest areas, soon hit with full force 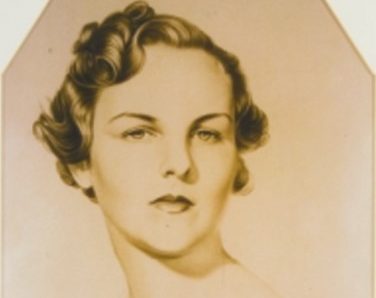 It may seem like an unlikely London home for a member of one of England’s most famous aristocratic families, but in the 1930s the so-called ‘Red Sheep’ of the Mitford sisters found herself slumming it by the docks of Rotherhithe. 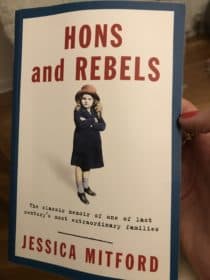 Among her siblings were celebrated novelist Nancy of Love in a Cold Climate fame and notorious Nazi sympathiser Diana; the wife of Oswold Mosley.

Another sibling, Unity, also counted herself a friend of Hitler’s and was so distraught at the outbreak of war between Britain and Germany that she shot herself.

Cut from a different cloth to her traditional, Conservative family, and completely at odds with those who were out-and-out fascists, Jessica showed her strength of character at just nineteen when she caused a scandal by eloping to Spain with her cousin, Esmond Romilly.

Esmond was a nephew of Winston Churchill, who had joined the socialist cause in the Spanish Civil War, like scores of young idealists who volunteered to fight in the 1930s.

Esmond saw action defending Madrid from the fascist forces with the Communists’ International Brigade, but after suffering ill health he returned to the UK to recuperate – and there met Jessica, who informed him she also longed to join the cause. This time Esmond was a bystander, covering events as a news reporter, with Jessica working as his assistant.

Esmond had honed his journalistic skills while a student at Wellington College where, at just fifteen, he began writing and publishing the magazine Out of Bounds: Public Schools’ Journal Against Fascism, Militarism and Reaction – causing quite the stir with his support for communism, socialism and critiques of the public school system.

Eventually, under mounting family and financial pressure, the now-famous couple returned to London, and took up residence in Rotherhithe Street.

Although a supporter of workers’ rights and the redistribution of wealth, having grown up in a country estate with servants Jessica had little idea how to clean and cook, let alone manage a household and similarly financially naive husband.

Her memoir Hons and Rebels, details her early trials with washing up – “I couldn’t get the hang of it” –  and a diet that mostly consisted of fish and chips.

Desperate for money, they tried to turn the house into a gambling den but “somehow even being ‘the house’, didn’t work for us,” she lamented.

Rotherhithe at that time was a hotbed for left wing politics in London, and had attracted its share of artists, writers and champagne socialists.

Esmond in particular began to develop an increasingly fraught relationship with the Communist Party, and instead turned toward the Labour movement. Jessica describes the local party as ‘much more to our liking’, despite the regular meetings in its ‘shabby hall’.

“Vigorous discussions would take place on the important political events of the day,” she wrote. “Tired, white-faced dockers and their wives would join in singing The Red Flag.”

She describes the local branch as ‘considerably more militant’ than the central party – claiming school children lined up to boo the royals when visiting local orphanages. 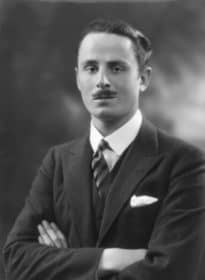 Jessica was also witness to the Battle of Bermondsey, in 1937, when Bermondsey men fought off an attack from the fascist Blackshirts, led by her own brother-in-law Oswald Mosley, on May Day. Two of Jessica’s own sisters were also in the Blackshirts’ crowd – both flying Swastikas.  Only the fact Jessica was by now pregnant kept her away from the fight.

The couple hoped their daughter would have a very different life to their own, growing up ‘among the rough children’ of Rotherhithe, ‘born to freedom and May Day parades, without the irksome restraints of nanny, governess, daily walks and dull dances…”

The reality of life in one of London’s most overcrowded, and poorest areas, soon hit with full force.

While visiting one of the free health clinics set up by the Labour Party for weekly weighing-in and cod liver oil supplements, the nurses assured Jessica her breast-fed baby, Julia, would be immune to measles and at no risk.

“Perhaps they did not know that immunity can only be conferred by a mother who has had the disease; or perhaps, in that teeming part of London, it had never occurred to them that a person might reach maturity without having had all the usual childhood illnesses at some time or another,” Jessica wrote. “In any case, they were tragically wrong.”

At four months the baby came down with the disease and soon succumbed to pneumonia.

The couple, still grieving, moved to America in 1938, and stayed there until the outbreak of World War Two, where Esmond joined the RAF as a navigator.

He died November 30, 1941, after his aircraft went missing over the North Sea, after returning from a raid in Hamburg.

After the war Jessica stayed in America, remarried and went on to have three more children.

Despite falling out of love with communism, she maintained a commitment to leftwing politics, becoming a leading civil rights campaigner and acclaimed writer and investigative journalist.

Her sister Unity had, miraculously, not died instantly from her attempted suicide but instead survived, severely damaged, until 1948. Diana, who was imprisoned with Mosley throughout the conflict and spent much of her life as a social pariah in France, died unrepentant and still estranged from Jessica, who maintained a sometimes rocky but still close relationship with the rest of the family.

There is some debate about whether her and Esmond’s Rotherhithe home, 41 Rotherhithe Street, was part of an 80s redevelopment and is now part Bermondsey Wall East, or if once stood near the old Braithwaite and Dean building, now in Fulford Street, and one of the few surviving monuments from Rotherhithe’s interwar, politically turbulent past.

Southwark NewsHistoryWhen a Mitford sister slummed it in Rotherhithe