Will we remember our men of conscience, those who refused to fight in the First World War?

Over 200 local men refused to be conscripted 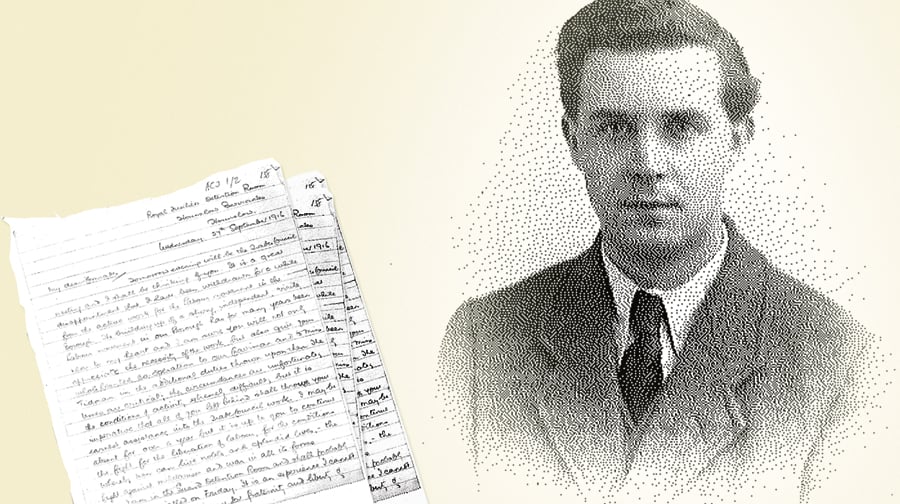 But what of the men and women who stood up and said they would not fight, those who went to prison for their beliefs and those who died from their mistreatment at the hands of a spiteful state? Will we also remember them?

Fifteen months into the war, as Southwark’s men were taken to the battlefield by the truckload, Britain’s propaganda machine began to churn out stories of Germans roasting children over fires and trampling babies underfoot.

A bloody stalemate on the Western front led the government to introduce conscription, initially for single men between eighteen and 41.

Local trade union and labour organisations stood alongside Christians, pacifists and Quakers to say conscription was un-British because it compelled one human being to kill another despite his own feelings on the matter.

Despite national opposition the Military Service Bill became law by the end of January. Conscription took immediate effect and all single men were to be enlisted.

The No-Conscription Fellowship (NCF) organised opposition on a national level and locally, objectors looked to Bermondsey stalwarts Alfred and Ada Salter, who were vocal in their opposition to conscription.

The NCF set up local branches with one directly under Dr Salter’s nose in Bermondsey and another in Dulwich led by the secretary of Camberwell Trades and Labour Council, Arthur ‘Creech’ Jones.

A bookish civil service clerk, Jones was just 25 years old in 1916 when he was faced with conscription while living with his aunty and uncle in Keston Road, Goose Green. Jones was first arrested and taken to Hounslow Barracks in September 1916 where he composed a four page letter to the Camberwell Council describing his situation.

“Dear comrades,” he begins…. “I am in the guard detention room and shall probably be court martialled on Friday. It is an experience I cannot regret. Our quiet testimony for fraternity and liberty of conscience is worthwhile.

“The first night of my arrival in the barrack room was a wretched experience but since then my treatment has been good. In this bare, white-walled, iron-barred room we spend 23 out of the 24 hours…The types you meet in here are astonishing. Men of all social and moral grades come in, men who have done their bit and been wounded, men who have been released from military detention prison.

“You begin to understand after talking to these men what war and militarism mean. In many cases bitterness has eaten into their souls. You feint comprehend the tragedy of war and of army life. Cruelty and inhumanity you hear about which make your heart ache. The men are mere numbers, just so much lumber and no better than dogs in the eyes of the authorities.

“From the men who have seen the horror and tragedy of the battlefield you get the greatest response to our ideals. They tell you frankly they appreciate and admire the stand we Conscientious objectors are making. They admire our pluck to standout……Every soldier you meet will express his utter detestation of the army and his desire for peace.

“Apart from the constitutional objections to granting votes to the soldiers, the politicians know the solders realise the ghastliness, costliness, and folly of waging the war and they know they soldiers would vote for peace tomorrow. If you listen to the soldiers at work you will frequently hear them humming the ‘Red Flag’. Every evening the twilight (for we have no artificial light) we sing our Labour sings out into the night.”

Eddy Jope and William Boxall pictured at the government labour camp in Aberdeen in 1916.

Jones was a man of his words. He refused to stand to attention when forced to parade at Hounslow Barracks and in his notes he says he told the court at his court martial he viewed war as a “…stupid, costly and obsolete method of attempting to settle the differences of diplomatists, in which the common people always pay with their blood, vitality and wealth.”

The court was not persuaded and sentenced him to six months’ hard labour, which he served in Wormwood Scrubs, the first of four jail terms stretching into April 1919, long after the war itself had ended. In order to clear some of the prison cells of conscientious objectors some were sent instead to civilian labour camps under what was known as the Home Office scheme.

The first of these opened in Dyce quarry, Aberdeen in August 1916. Housed in bell-tents, 250 under-nourished men were put to work for ten hours a day breaking granite. Within a fortnight one man was dead from pneumonia.

Peckham’s own Eddy Jope, 36, and Bermondsey’s William Boxall, 31, helped to set up a committee from within the camp with the support of the NCF in London and got the whole place shut down by October of that year.

Nationally some 16,000 men took a stand by refusing military service on grounds of conscience. Among them were around twenty from the old borough of Southwark, 47 from Bermondsey and Rotherhithe and 145 from Camberwell.

With thanks to local amateur historian John Taylor for sharing his research.

Southwark NewsHistoryWill we remember our men of conscience, those who refused to fight in the First World War?