He overcame a childhood blighted by illness, suffering from tuberculosis, meningitis, peritonitis and tubercular disease of the lower jaw 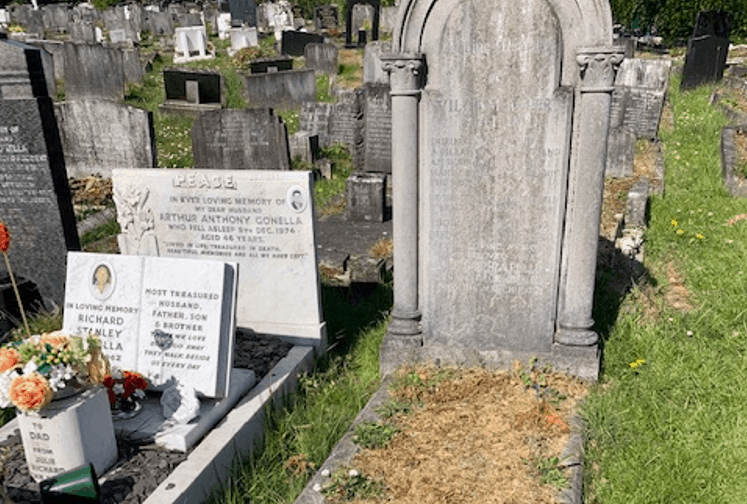 Ask the average person to name a famous weight trainer and they are most likely to say Charles Atlas or Arnold Schwarzenegger, yet although he is now little known outside the world of bodybuilding, Southwark had its own remarkable weightlifting pioneer, writes Neil Crossfield, Southwark historian… 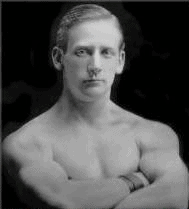 William Albert Pullum was born in Camberwell on April 8, 1887.  His childhood had been blighted by illness and his family doctor recorded that he had suffered pulmonary tuberculosis, meningitis, peritonitis and tubercular disease of the lower jaw.  In his 1926 book, Weightlifting Made Easy and Interesting, Pullum said that “medical opinion was far from hopeful of a cure – there seemed nothing left for me to contemplate but a consumptive’s early grave”.  He only weighed around seven stone at the time and even at his peak only weighed around nine.

However, the sickly teenager would have a transformative experience in 1904 when he visited the Camberwell Palace of Varieties for the first time.  On the bill that evening was the renowned strongman act, the ‘Arthur Saxon Trio’, three German brothers who astounded people with terrific feats of strength.  Part of their act involved getting audience members to compete for cash prizes.  On the night he was watching, a local strongman called William Slade won the competition.

Around this time, his family moved out of London and William Pullum, who had recently become an apprentice frame maker, was forced to find digs.  By total coincidence, he found a room in the house where Slade and his brothers were living.  Seeing the young man’s pitiful state of health, William Slade devised a training programme for him.  This became increasingly demanding but through hard work and perseverance, Pullum began to become physically more robust.

Such was the improvement, that Pullum now began to regularly appear on stage with another troupe of strongmen, the ‘Anglo Saxons’.  While watching from the wings he noticed these more traditional strongmen could lift heavy weights, but their technique was flawed and could be improved.  Therefore, in his late teens, Pullum dedicated himself to becoming what he called a ‘scientific weightlifter’.  In the late nineteenth and early twentieth century, the physical culture movement had become widespread in both Europe and the United States, and many health enthusiasts saw the benefits of training with weights.  Using himself as a guinea pig, Pullum trained relentlessly and in 1906, demonstrated the value of his programme by breaking the ‘two hands anyhow’ world record by lifting 204lbs over his head.

Considering he was only eight stone himself, lifting fourteen-and-a-half stone in this manner is impressive.  Buoyed by success, Pullum, still only nineteen years old, was confident enough to open a school of physical culture in Camberwell named the Lothian Club.  By 1907, Pullum had now moved his gym to number 5 Church Street Camberwell.  Initially this club was known as the Saxon Club in honour of the Saxon Trio, but it soon became known as the Camberwell Weightlifting Club.  This address would become legendary in the history of weightlifting.   Starting in the basement, Pullum’s Physical Culture Institute would eventually occupy all four floors.  The building still stands but no trace of the gym remains. It is unlikely that Pullum would approve of its later use, as in recent years it has been both a fried chicken and a takeaway pizza shop.

At his new premises, Pullum’s gym became a mecca for aspiring weight trainers from around the country.  He was instrumental in the setting up of the British Amateur Weight Lifting Association in 1910 which helped codify the rules and standardise the lifts which are still recognised today.  The pre-war years were busy for Pullum as apart from becoming a centre for excellence he also became a famous weightlifter in his own right.  Between the years 1911 and 1915, he won 192 British and world weightlifting records, fifteen British championships and 53 gold medals.  Such was his fame that he was signed up to advertise Horlicks Malted Milk in 1912, saying that he had “found it of invaluable assistance in both my own and my pupils’ training for record breaking”.  Pullum not only revolutionised the way people lifted weights but also was an early adopter of nutritional supplements, a worldwide industry now worth billions of pounds.

In 1920, Pullum even patented a new design for barbells.  While he took his competitive weightlifting seriously, he was not above performing more theatrical displays of strength. One famous stunt involved him supporting nine men sitting on a wooden plank and three more seated on a barbell. He was under nine stone at the time and was supporting over 2000lbs!

During the First World War, Pullum’s request to enlist was refused but rather he was employed as a physical training instructor, tasked with bringing those who failed the physical tests up to the required standard.  Even throughout the war, he continued to break records but saw no active military service.  After hostilities ended, the Pullum’s gym continued to flourish and attracted many weightlifters, boxers, wrestlers, and the occasional millionaire, all eager to be trained by him. It is alleged that the world’s richest man, John Paul Getty was once trained by him.

He had married Alice Sophia Howe in 1910 and went on to have one son, William Stanley Pullum who went on to be a professional boxer, trainer and promoter.  In 1926, Pullum published Weightlifting Made Easy and Interesting which is still considered somewhat of a weightlifting bible nearly a 100 years later.  Although Pullum officially retired from competitive weightlifting in 1928, he continued to be a major figure in the sport, coaching the 1948 British Olympic Team.

William Pullum died on August 29, 1960 at the age of 73 and was buried at Camberwell New Cemetery. The inscription on his gravestone reads ‘During his lifetime a pillar of strength and an inspiration to his many friends throughout the world’.  W.A. ‘Pop’ Pullum may have been largely forgotten today but he was truly a pioneer in the world of weightlifting and bodybuilding.