The woman who helped children living in Bermondsey’s slums 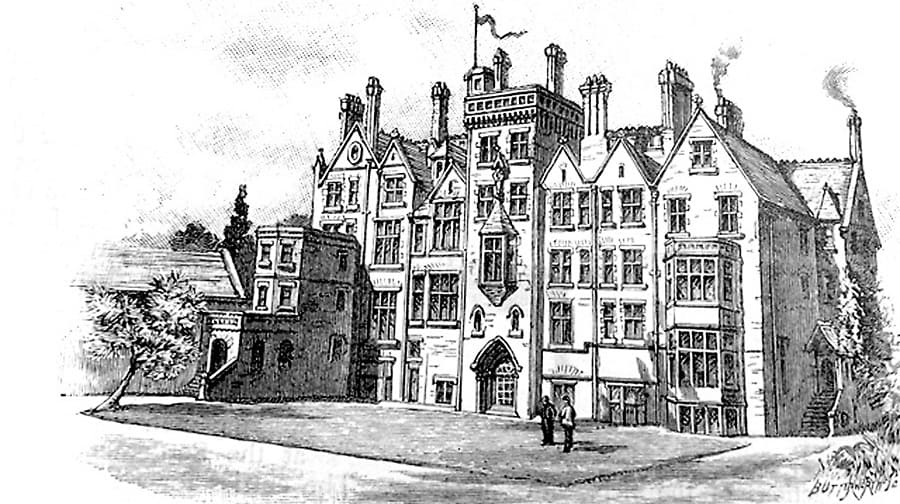 The pioneering work of Dame Grace Kimmins, who helped transform the lives of children living in Bermondsey’s slums, has been documented in a new book.

Dame Grace is probably best known for Chailey Heritage – a special school set up in Sussex in 1903 for physically disabled children.

But a large part of her early work was spent at the Bermondsey Settlement, run by the Reverend John Scott Lidgett, which changed the lives of many living in the area’s slums in the late 1800s and early 1900s.

Dame Grace, born in Sussex in 1870, first worked for the West London Mission as a Sister of the People before moving on to work at the settlement in 1895.

It is there she met political and social activist Ada Salter (who went on to become one of the first women councillors in London, the first Labour councillor in Bermondsey, and the mayor of Bermondsey in 1922), with whom she later shared a flat in Cherry Gardens Street, off Jamaica Road.

“Ada was more politically minded but they shared an interest in open spaces and beautifying the environment,” she said.

“Grace’s interest was in children and play; she felt every child had the right to play, especially the girls in the slums who had a hard life because they were doing women’s work before they even reached puberty.

“She set up the Guild of the Brave Poor Things for the disabled and the Guild of Play so girls had the chance to do more traditional songs and dances – and they had big pageants in Bermondsey.”

Black, who lives just a few miles from Chailey Heritage, said the Bermondsey Settlement was for “educated people with a social conscience” who wanted to put something back into the community.

The main Bermondsey Settlement house was located in Farncombe Street.

“In the late 1800s, if you were disabled you weren’t able to contribute to the family income and therefore were a burden and regarded as a bit of an outcast,” said the 63-year-old, who used to run a special needs housing association.

“The Bermondsey Settlement provided a lot of educational opportunities and people were encouraged to come in and even work towards taking exams and bettering themselves.

“It had a women’s section and the women like Grace were effectively doing social work before social workers were invented, as well as district nursing.”

Dame Grace’s motto was for people to be happy with their lot.

“Grace’s great philosophy that she instilled in the children and disabled was that they needed to be happy in their lot,” Black explained.

“She wasn’t giving them sympathy, she was encouraging them to make the most of what they could do.

“She said ‘other charities will provide the crutches, but we are not a charity, we provide people with a reason to use those crutches’.

“The Guild of the Brave Poor Things taught children handicrafts and held literary societies and showed people how to better themselves despite their disability.”

Dame Grace set up Chailey Heritage as a “prep school for crippled boys” in 1903.

The first boys and girls to attend the school were from Bermondsey. There were health facilities and subsequently fully-equipped hospitals.

Grace Kimmins and her Chailey Heritage by Ros Black will be published on October 12.

To order a copy, visit www.rosblackcreative.com

All proceeds will go to the Chailey Heritage Foundation