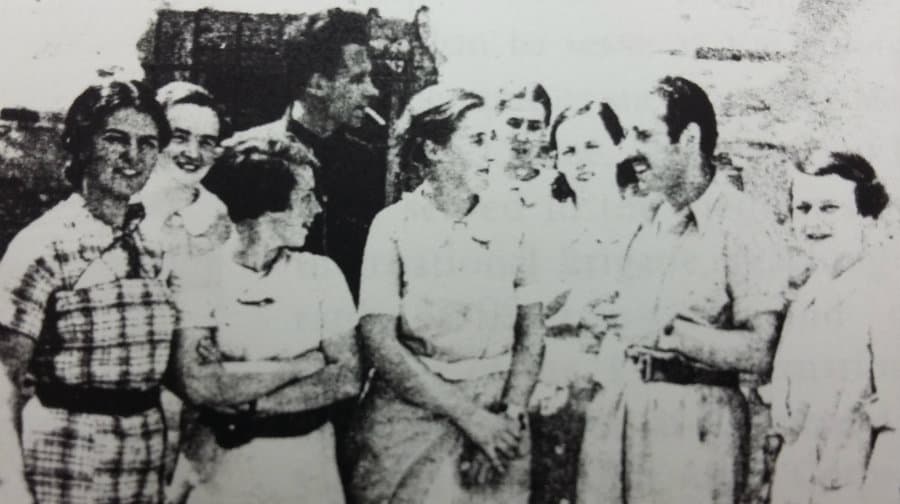 This Sunday our country will again fall silent in time-honoured tradition to pay tribute to our generations of war dead.

World wars one and two will deservedly occupy the public consciousness in this time.

But 80 years since its conclusion, now could also be the time to pay respect to those who gave their lives for democracy in the Spanish Civil War.

It was July 17, 1936 when José Sanjurjo led a military coup against the elected, leftist government of the Second Spanish Republic.

Though the British and French governments took a laissez-faire approach, there were over 300 Brits who volunteered and set sail, as did volunteers from many other countries.

Eighteen International Brigade volunteers who at some point resided in our borough have been commemorated with a plaque bearing their names in the John Harvard Library, first donated to Southwark Council in 1986.

One of those who made it back was Margaret Powell, who was also present for the 1986 unveiling. Powell was one of the UK’s first nurses to join a trade union, and was made Dame of the Order of Loyalty of the Spanish Republic for her “faith, self-sacrifice and devotion to our wounded and to our war victims”.

Douglas Eggar (centre) surrounded by his friends on his 90th birthday

Douglas Eggar was captured by the Spanish fascists as a prison of war, and was the oldest recorded Brit to be kept in the Palencia concentration camps.

Despite being tortured and shot during his capture, Franco’s men were unable to break his spirits, which an archived copy of the International Bridge Memorial Trust newsletter put down to “his convictions – political and religious – and because of the solidarity of the prisoners”. Eggar died in April 1992, and was buried at St Luke’s Church in Peckham.

There was Jack Jones MBE, who was seriously wounded at the Battle of the Ebro in 1938, but lived until April 2009 while living in Peckham.

Following the war he became chair of the Transport and General Workers Union, and later president of the Nation Pensioners’ Convention.

“In the 1970s the right-wing press thought [Jones] was holding the country to ransom,” said Richard Baxell, current chair of the International Brigade Memorial Trust.

Len Crome (right) supervising the arrival of bedding for the wounded

The most recent of the plaque’s veterans to pass away was Lou Kenton in 2012, originally from Stepney in east London.

An obituary to Kenton written by the Daily Telegraph depicted his life as an ambulance driver during the war.

He served for two years, retrieving the wounded and distributing supplies to Spanish hospitals, and evacuating children from the Basque region to Britain.

When the war was finally over, Britain agreed to return to the Basque country any refugee children whose parents were still alive. Kenton was tasked with driving the first bus load to the Spanish border.

“I shall never forget it as long as I live,” he said. “Across the bridge for the first time I saw the fascist police in their three-cornered hats.

“All the children were in tears and all of them were hanging on to me as we checked each one and handed them over.”

Speaking at the re-unveiling of the plaque on October 25 of this year, historian and author Mr Baxell, told the News: “These were unemployed, working-class people who got up and left their homes, people who had never left the country, and they went to fight knowing they might not come back. In fact one-fifth of them didn’t.”