Tower Tandoori Prepares For The Next Forty Years

There was an underlying sweetness that lifted it up into the realms of total bliss. 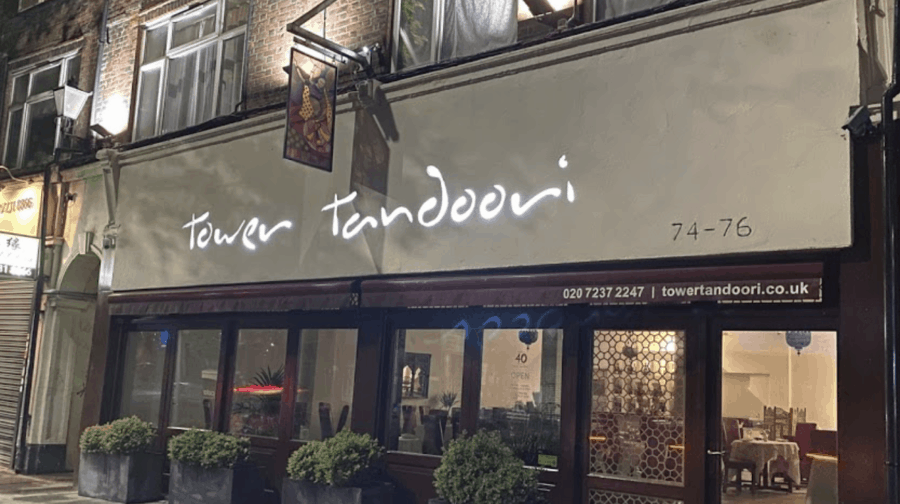 Over four decades of experience has got to mean something in the restaurant trade and in Tower Tandoori the forty three years since it opened shines through in every little detail, from the cooking and presentation of the food to the superb service by gentleman waiters, writes Michael Holland.

From 1978 to the present day, the same family has served the local community and beyond in this Indian restaurant. Long-term customers will remember Mr Ali, a young entrepreneur who came to Bermondsey to start this business, while others may recall Burhan and Shab, the sons that took over. These days it is the third generation of grandsons who continue the values and ethos set at the outset.

And it was a smiling Suhel who greeted myself and Fiona, and instantly began telling us of the changes in decor and the fruition of a five-year plan that involves new flooring, new toilets, and a new bar area that will create a modern feel without losing the little touches that add intimacy and keep customers in touch with the restaurant’s roots. ‘I have an antique door coming from the Punjab,’ he says excitedly. 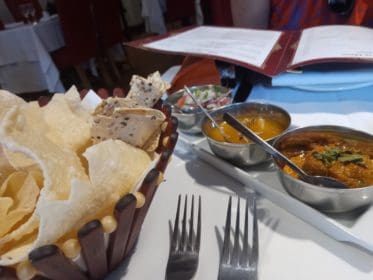 I sipped on a cold Cobra as Suhel explained the problems of this government’s constant opening and closing of restaurants, leading to a lot of wasted food and drink and now a reduced menu, which I thought would be easier to choose from. In fact, I did not have to choose as Suhel asked what I liked and, switching from the Bermondsey accent that he was born and bred with to a language from the sub-continent, instructed the waiter. That meant I was going to be surprised. Nice, I like surprises. He then did the same with Fiona. We did, though, choose our own starters.

Popadoms, pickles and chutneys were set before us just as Suhel began showing us images of the designer’s plans, but while we looked at them our first course arrived! So now we had a small table crammed with delicious appetisers and didn’t know where to start.

We got over that minor problem and enjoyed Tandoori King Prawns and Onion Bhajis, along with the popadoms, but as soon as our cutlery was put down Suhel was back to reminisce and show photos of his grandfather and his children and generally be the perfect host. However, before long the servers were hovering, not wanting to interrupt the Boss when he was in full flow but with dinners to serve. Suhel took the hint and left us to savour our surprise delights.

Fiona was presented with a Vegetable Tikka Mussala, which was not on the menu but a bespoke dish, while I was extremely pleased to discover a Mughlai Lamb Shank heading my way.

I had told Suhel that I like tender lamb and this lamb, ‘cultured overnight in spices’, could have been eaten with a spoon. With just the thought of it again I’m swooning as I write.

When Saag Aloo, Pilau Rice, two types of Nan arrived, plus an Argentinean Malbec for me, the table was once again filled and our main course was there before us in all its glory. And what a sight it was.

Everything had its own distinct flavour created from a multitude of spices blended together in different ways, and although my lamb dish was absolutely delicious, I found the sauce in Fiona’s vegetable dish rather exquisite. There was an underlying sweetness that lifted it up into the realms of total bliss. 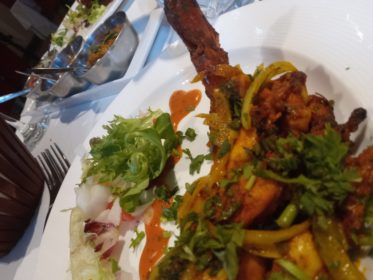 We both agreed that it was a fantastic meal – with the added bonus of Suhel’s brilliant company – and we left knowing that Tower Tandoori is ready to serve Bermondsey for another forty years.

When I got home I could still taste the creamy, dreamy sauces, and that is the sign of a good Indian feast.

Southwark NewsLifestyleTower Tandoori Prepares For The Next Forty Years