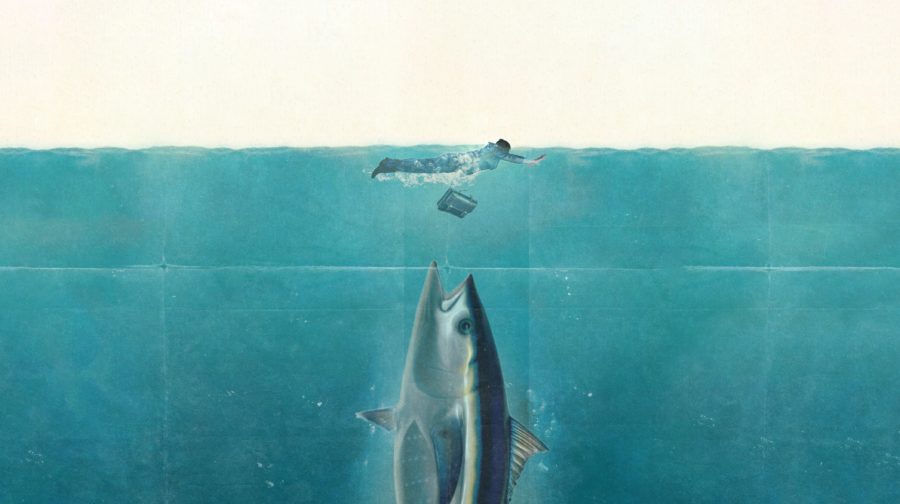 In a committee room on Capitol Hill, three senators question a man on suspicion of illegally trading rare marine commodities. He swears he abandoned the black market years ago, but his interrogators aren’t so sure. Yellowfin is a dazzling study of power and how far people will go to defend it.

Set in a world that is adapting to a ‘new normal’ of its own, this production offers a timely insight into our sense of citizenship and responsibility to the planet. Horn’s play combines the epic scope of an ecological parable with the detail of four finely-drawn character studies to take a hard but playful look at the world around us and the people who govern it. Yellowfin explores the limits of science and the power of myths, and asks: why must we always search for answers?

Writer Marek Horn comments, I wrote Yellowfin several years ago. Whereas once it seemed like an outlandish dystopian satire, it has since morphed into something more closely resembling documentary theatre. It is a play that director Ed Madden and I have long wanted to see on stage, so I’m delighted that it has found its moment. I know that along with the talented team of designers that he’s assembled, Ed is sure to do justice to a play that is very dear to my heart. I simply can’t wait for people to see what they do with it.

Director Ed Madden adds, Yellowfin is a major achievement by a singular writer; richly surprising and with a style all its own, it is exactly the kind of theatrical challenge that made me want to become a director. Having been postponed from dates last autumn, I am hugely grateful to the producers and Southwark Playhouse for their continued commitment to the production, and can’t wait to get into the rehearsal room.