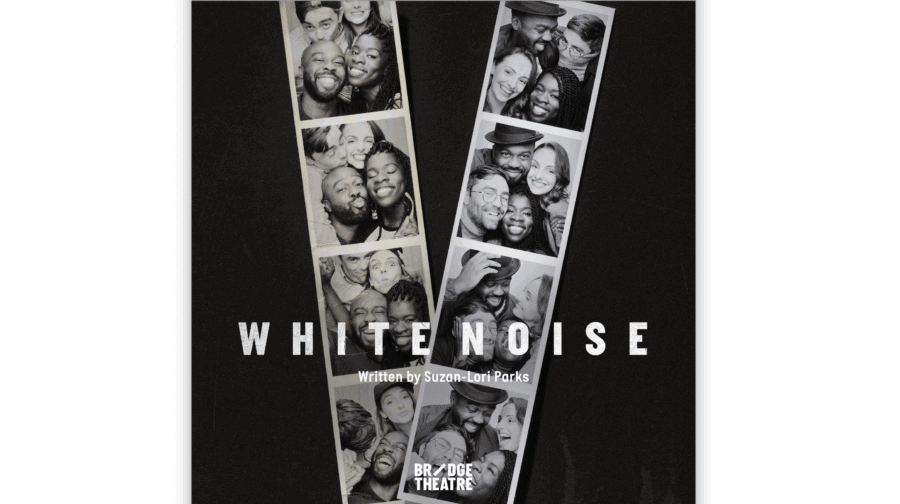 Thirty-somethings Leo, Misha, Ralph and Dawn have been inseparable since college.  Making their way together in the big city, they are liberal, open-minded and socially aware.  Misha is producing the hit online show ‘Ask A Black’; Ralph is waiting for tenure at his university, and as a lawyer, Dawn spends her days fighting for social justice.  Leo would be a talented visual artist – if only he could sleep.  As best friends and lovers, confident in their woke-ness, their connection with each other is stronger than anything else – until, that is, Leo is assaulted by the police in a racially motivated incident.  Shaken to the core, he brings to the group an extreme proposition.  White Noise takes an unflinching look at race in the 21st century from both a black and white perspective.

James Corrigan’s theatre credits include King Lear at Duke of York’s Theatre, Julius Caesar, Coriolanus, Antony & Cleopatra, Two Noble Kinsmen, The 7 Acts of Mercy, Wendy and Peter Pan, Othello, The Merchant of Venice, Shakespeare Birthday all for the Royal Shakespeare Company, Hay Fever for Kay & Mclean Australia and Bath Theatre Royal and The Big Meal also for Bath Theatre Royal. His television credits include Manhunt, The Tempest, Temple, and This Is Going To Hurt. His film credits include This Nan’s Life and School’s Out Forever.

Ken Nwosu’s theatre credits include An Octoroon, Three Sisters and As You Like It all for the National Theatre, The Alchemist, Othello and The Merchant of Venice all for the Royal Shakespeare Company and Ghosts for Home Manchester. On film his credits include The Witches, Christopher Robin and Look the Other Way and Run. On television his credits include Sticks and Stones, Killing Eve, The Letter for the King, Upstart Crow and Catastrophe.

Faith Omole’s theatre credits include A Midsummer Night’s Dream for Shakespeare’s Globe, Standing at the Sky’s Edge for Sheffield Theatres, An Ideal Husband at the Vaudeville Theatre, Bushmeat for High Tide, Twelfth Night for the Royal Exchange, The Rolling Stone for the Orange Tree and the Royal Exchange Theatre, Custody for Faith Drama Productions and Talawa Theatre Company and Walk in the Light for the National Theatre.  On television her credits include We are Lady Parts and Endeavour and on film Love Type D.

Helena Wilson’s theatre credits include The Deep Blue Sea for Chichester Festival Theatre, Measure for Measure, The Prime of Miss Jean Brodie and The Lady from the Sea all for The Donmar Warehouse, Love Me Now at Tristan Bates Theatre, Rosencrantz and Guildenstern Are Dead at The Old Vic, Flog for the Oxford Playhouse and Cambridge Junction and Romeo and Juliet on the Thelma Holt International Tour.

Suzan-Lori Parks is a multi-award-winning American playwright and the first African-American woman to receive the Pulitzer Prize in Drama for her Broadway hit Topdog/Underdog.  Parks’ adaptation of The Gershwins’ Porgy and Bess won the 2012 Tony Award for Best Revival of a Musical.  Her other works include The Book of Grace, Unchain My Heart: The Ray Charles Musical, In the Blood, The Death of the Last Black Man in the Whole Entire World, The America Play and Fucking A.  Her project 365 Days/365 Plays – where she wrote a play a day for an entire year – was produced in over 700 theatres worldwide, creating one of the largest grassroots collaborations in theatre history.  Parks is a MacArthur “Genius” Fellow.  Her novel Getting Mother’s Body is published by Random House.  She also works extensively in film and television, most recently, as the screenwriter for The United States vs Billie Holiday and, also premiering earlier this year, as showrunner/executive producer/head writer for Genius: Aretha.  In her spare time she writes songs and fronts her band Sula & The Noise.

Polly Findlay returns to The Bridge where she previously directed Caryl Churchill’s A Number.  Her other recent directing credits include The Prime of Miss Jean Brodie and Limehouse for the Donmar Warehouse, The Alchemist and The Merchant of Venice for the Royal Shakespeare Company and Rutherford and Son, Beginning and As You Like It for the National Theatre.

White Noise received its world premiere at the Public Theater in New York in March 2019 and was the winner of the 2019 Outer Critics Circle Award for Outstanding New Off-Broadway Play.