What Larks in Rotherhithe

I thought the flash of lightning and boom of thunder was most impressive until I realised there actually was a storm raging beyond the action before our eyes. 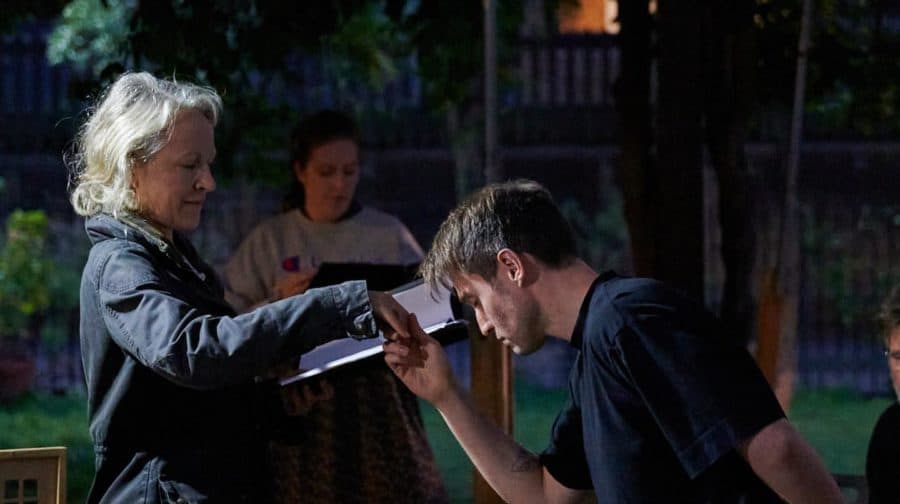 In a small Rotherhithe graveyard connected to the mortuary where mist off the Thames crept between the tilting gravestones, a ship’s bell tolled and a distant foghorn warned of worse to come. Or it might have done 200 years ago, but tonight the small Rotherhithe graveyard connected to the former mortuary is the setting and stage for Phil Willmott’s version of Dickens’ Great Expectations, writes Michael Holland.

And what a perfect setting it is because most of the surrounding buildings were here when Dickens wrote of Bill Sikes coming to a grisly end just up the road. The gravestones are a little harder to read these days and the stench of rotting bodies has been swapped for the fresh air of community spirit in the HQ of Time & Talents, one of the area’s best-loved charities. 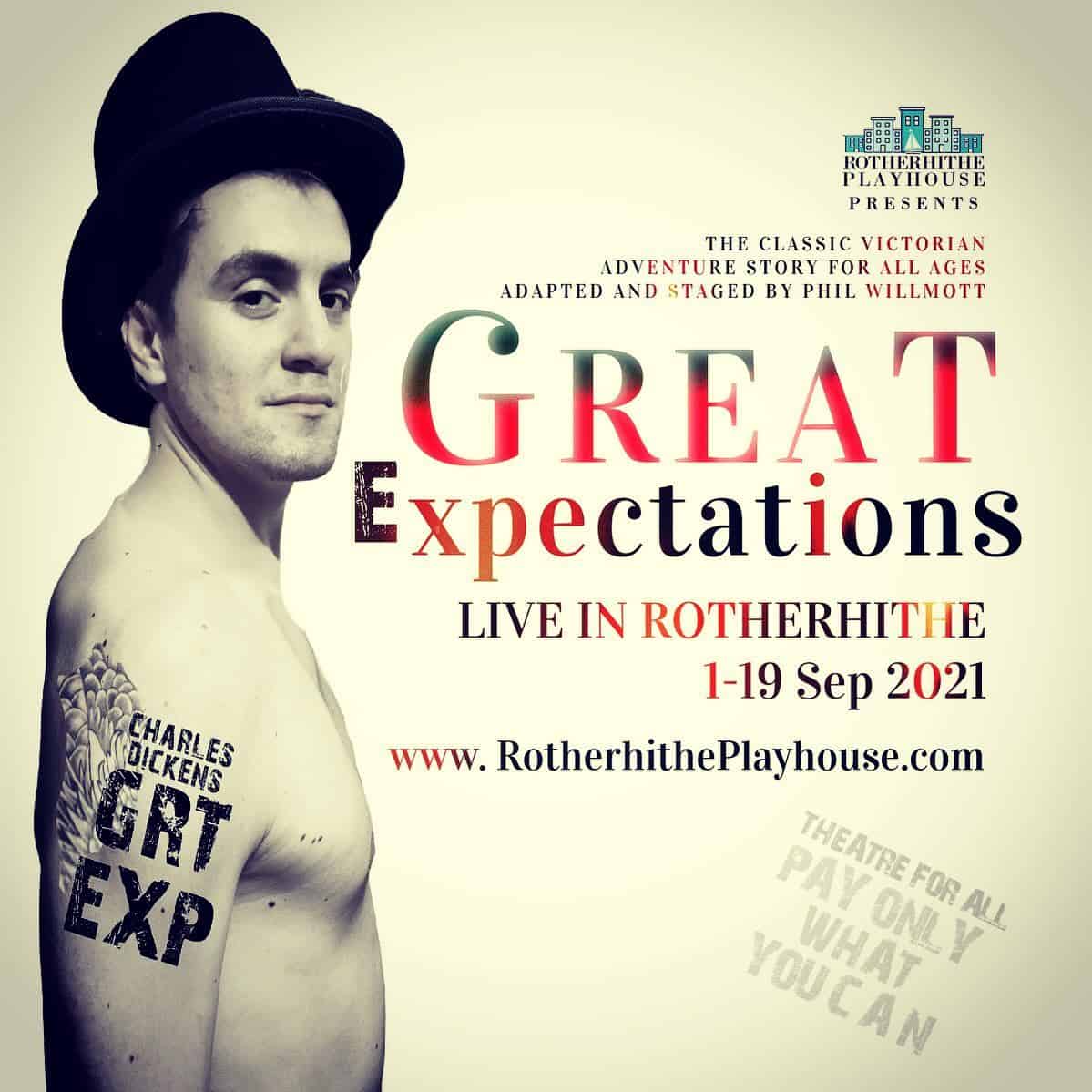 The saga of Pip Gargery is played out with gusto on a traverse stage beneath a gazebo by an energetic troupe, starting with a 7-year-old Pip confronted by Magwitch on the marshes as the remaining players become the howling wind and other noises of the night. In fact, the sound effects were excellent throughout the evening: the blacksmith hammering away at his anvil, the clump, clump of boots up stairs, the glug, glug gurgling of brandy poured, and the chinking of glasses for genial toasts all created behind the gazebo wall by anyone who wasn’t required on stage. I thought the flash of lightning and boom of thunder was most impressive until I realised there actually was a storm raging beyond the action before our eyes.

Yes, it is a potted, whistle-stop tour of Pip’s life from orphan child to gentleman by means of a secret benefactor funding his education in London, but nothing is missed out. We feel the nastiness of his sister who complains, ‘I’ve never had this apron off since Ma died’, when husband Joe Gargery gives Pip a half-day holiday; the twisted heart of tragic Miss Haversham is bared for all to see as she has Estella entice Pip into their wicked world. Orlick, ‘the shiftiest looking rogue’, snivels his way in and out of the story, and the imperious Jaggers, the Puppet Master of people’s lives for his own gain, casts his dark shadow over all. Every time he spoke he sent shivers up spines – actors and audience.

Great Expectations is a complex story replete with many plots and twists but the arching narrative is that ordinary working-class people are much better people than the rich who look down their noses at them;  being a ‘gentleman’ takes more than money, it is in the way you treat others.

Every one in the ensemble was perfect and it would be too difficult to pick anyone out for more praise than another. So, in alphabetical order, I praise you all for a wonderful evening of excellent entertainment: Will Forester, Gabriels Haastrup, Megan Henson, Danny Hetherington, Jan Olivia Hewitt, Mohit Mathur, Eddy Payne, Jan Shepherd, Robert Vernon, Beatrice Vincent, I salute you.

Phil Wilmott has pretty much dedicated his life to ensuring theatre survives the Covid pandemic in Rotherhithe by putting on great plays for free or pay what you can, so I implore locals to go along and support his mission. You will not be disappointed. In the words of Joe Gargery, ‘What larks!’