There was a good mix of rum enthusiasts, sailors and marines all listening intently to the guest speakers 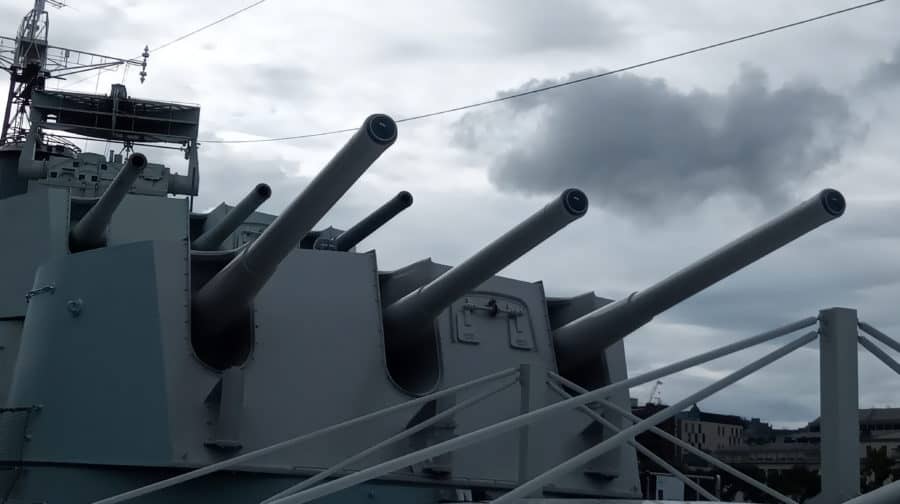 It was all systems go now that HMS Belfast is again open for visitors to explore its nine decks of history and valour under gunfire while bolstered by grog, writes Michael Holland.

Not long after she was launched we were at war with Germany, and only 2 months into the conflict the Belfast struck a mine and was in danger of being scrapped. Extensive repairs, however, saw her return to action while escorting convoys in the north Atlantic, when party to the sinking of the Scharnhorst, playing a big role in the Normandy landings and, if one war wasn’t enough, the Belfast saw more action in the Korean War.

All these battles can be relived as you journey through the ship. You can look up the barrel of the big guns, see the cramped conditions the seamen lived in, and imagine yourself in the midst of battle as war raged all around.

Alas, all the honours and awards the Belfast accumulated for her valiant endeavours were almost not enough to save her from the scrapheap in the 1960s. That was until a joint effort by the Imperial War Museum, the Ministry of Defence and the National Maritime Museum rescued her from such an undignified ending. Which is why she now floats majestically on the Bermondsey riverside as one of the country’s top visitor attractions. 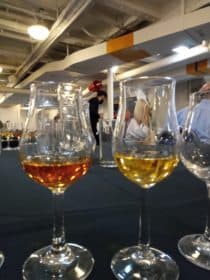 The Belfast also holds special events and on the day I visited it was a talk about Rum and the Royal Navy with the ship’s Curator, Rob Rumble, explaining the history of the rum ration and talking us through the many battles the Belfast was in the thick of; and Oliver Chilton, the Head Blender of Elixir Distillers where he focuses on creating Black Tot rums. The evening was to commemorate 31st July 1970 – 51 years since the British Royal Navy gave out the last rum rations to sailors. Ever since it has been known as Black Tot Day.

There was a good mix of men and women, rum enthusiasts, sailors and marines all listening intently to the guest speakers, while knocking back the six different Black Tot rums we were invited to taste. The former servicemen and women had a chance to give their versions of how important the rum ration was to navy life, which gave us landlubbers the opportunity to hear another side to the official line. Who knew that rum would be used as currency between the crew, and the nickname Grog came from a type of cloth?

The Head Blender educated us on the differences between rums from Guyana, Barbados and Jamaica, and how he blends them together to make a multi-layered concoction. He then supervised the mixing of the Black and Stormy cocktails in the wardroom where a very happy ‘crew’, now warmed with rum, discussed the joys of the evening.

Check out the rums: www.blacktot.com

Check the website for details of future on board events: www.iwm.org.uk