From GCSE Desdemona to Film Producer

Born within the sound of Bow Bells and the roar of a Lions goal at the Den, Bermondsey Girl Hayley Osborne originally wanted to be a dancer, but when she started taking drama classes her tutors recommended she pursue acting. And it is good that she did because ‘the artistic director of The Globe saw ... 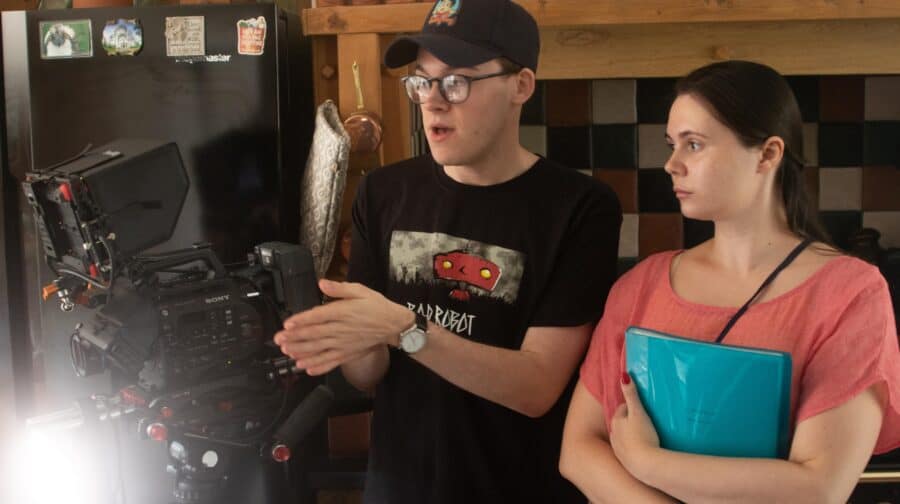 Born within the sound of Bow Bells and the roar of a Lions goal at the Den, Bermondsey Girl Hayley Osborne originally wanted to be a dancer, but when she started taking drama classes her tutors recommended she pursue acting. And it is good that she did because ‘the artistic director of The Globe saw my Desdemona speech in GCSE Drama class and said I had the potential to be on stage at The Globe one day.’ For Hayley, that settled it, becoming an actress was now her goal. But acting alone was never going to be enough, writes Michael Holland.

A course at the Identity School of Acting and support from her mum helped Hayley steadily move her career onwards and upwards. She explains, ‘It’s a marathon not a race… Each project you do introduces you and your work to new people and eventually one of them may give you your “big break”. But that doesn’t tend to happen without all the hard work that comes first.’

And the hard work began at an early age for Ms Osborne. She remembers: ‘As a child I had poems published in Southwark Scribe and stories published… As an adult I had a column in an online magazine and I write freelance articles for websites at the moment.’

Always pushing forward and banging on doors, Hayley claims, ‘I’ve always had a million and one film ideas running through my head.’ But one idea stood out so much she decided to make it happen by writing it, casting it, acting in it and producing the film of it.

Hayley takes up the story: You Really Got Me is based on the Mother and Baby Homes where unmarried, pregnant women were taken to give birth and then have their children sold to “better” parents, never to see them again.’ She paused to make sure I was getting the seriousness of this work. I was.

‘The story goes from 1964, where James and Linda are young and in love but she disappears, up to the modern day where James has found Linda and wants to know why she disappeared all those years ago. But Linda’s not sure she’s ready to go there again.’

I tried to place myself in James’s shoes but struggled with the enormity of it. ‘Yes,’ continued the actor-writer-producer, ‘It is based on Mother and Baby Homes, but You Really Got Me is also about how love and hope are more powerful than prejudice.’

I wanted to know why Hayley moved into film-making. ‘It seemed a natural transition – I’ve always loved film, I’ve done various short and feature films, and because of my acting I feel like I know people well, and how to create a truthful scenario with truthful characters… Plus, I was so passionate about this story and the cause it’s based on, I felt like it had to be told, and film-making is one of the best ways to get a message out there.’

The background to Hayley’s passion for this project is poignant. ‘Four years ago I was directed by Amanda Redman in Be My Baby, an outstanding play set in one of these homes,’ she begins. ‘During one of our shows, a man walked out of the theatre. Amanda spoke to him, and he said that a few days earlier he found out he has a daughter and had no idea his ex went into one of these homes, or that she was even pregnant. That has stayed with me, and I felt that story had to be told.’ Perseverance kicked in and that is where the Bermondsey Girl has an advantage: ‘Once I set my mind to making this happen by producing the film myself, I got a musician, Alfie Rolph, who has made the most beautiful score for us. Then, once the script was finalised, I contacted Peter Mullan (Mum, My Name Is Joe) and Kevin McNally (Pirates of the Caribbean) and Phyllis Logan (Downton Abbey, Lovejoy). Thankfully, Kevin and Phyllis were interested and accepted their roles! Peter became the Executive Producer and we found newcomer Jack Baxter through auditions. Directing we have Joe J Walker, an up and coming director who I’ve worked with previously.’

Hayley Osborne is obviously on a high right now, even with Covid affecting everything. ‘With the acting and writing, I adore connecting to people. Bouncing off the other actors, collaborating with the director and crew, and, of course, producing a performance that the audience can connect to – All that feels beautiful, exciting and freeing!’

She looked excited and freed but there was more: ‘And flexing your creative muscles, thinking like someone else, becoming someone else is like being a kid again, playing pretend with your friends!

On the producing side, I love the organisation and problem solving, especially last minute issues that always crop up.’

Working with Kevin and Phyllis has been a highlight for Hayley: ‘They were so lovely and their advice was invaluable; it was like having a masterclass on set.’

Hayley’s cast and crew were quarantined before and after filming but how different does she think her life will be once we get back to normal? ‘It’s so hard to say,’ she starts, but then finds it easy: ‘I don’t think the entertainment industry can be predicted even when things are “normal”. But you never know who may see this film and what opportunities that could bring. Plus, I’ve been approached by a few people wanting to collaborate on writing or offering me roles, so things seem to be going along at a decent pace…Aside from acting, writing and film-making, things will be pretty much the same – lots of reading, yoga and cuddles with my dog!’

‘Mother and Baby Homes were a disgusting, atrocious, deeply sexist part of our culture that the government and church worked together to profit from. Women and families still feel the effects today… I’ve had women reach out to me and their stories are heartbreaking – And more common than you’d think.

‘The last home closed in 2003, so this is still fresh. I implore everyone to learn more about the homes and then by raising awareness we can bring the few adoption agencies out there helping these families the support they need.

‘A great place to start is with Peter Mullan’s film, The Magdalene Sisters, and Steve Coogan’s Philomena.’

I for one will be reading up on these homes while I await Hayley’s film’s release.

The Spirit Has Returned