My Night With The Eighties

Toasts are made to ‘gross indecency’ 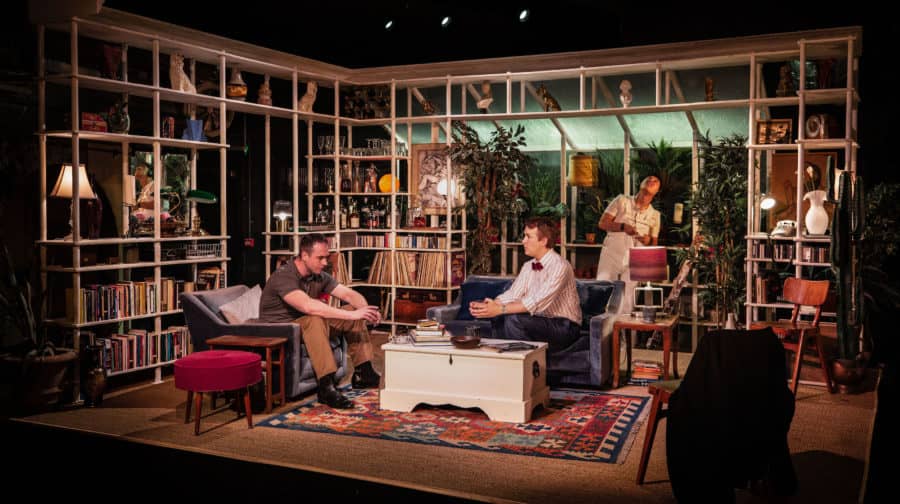 Kevin Elyot’s My Night with Reg tells the story of a group of friends gathering in 1985 at Guy’s flat for a drunken get-together. The advent of the AIDS crisis, however, is about to change lives forever, writes Susan Hallissey.

This doesn’t sound like a barrel of laughs but the pathos and humanity that the entourage bring make the evening an enjoyable one, if a not a little lost towards the end.

Firstly, there is Guy (Paul Keating), the host with the most in Lee Newby’s neatly designed living room and conservatory. Introverted and shy, he is at pains to accommodate his guests with his humble hosting, whilst faffing about and worrying about his egg whites not stiffening. Keating really works on the heartstrings with his vulnerable portrayal of Guy.

When John (Edward M Corrie) arrives, Guy is all fingers and thumbs as it comes to light that he has been in love with John since their university days. John, on the other hand, is seemingly relaxed, rich and aloof. The fleeting arrival of Daniel (Gerard McCarthy) reveals that he is living in bliss with his partner Reg. 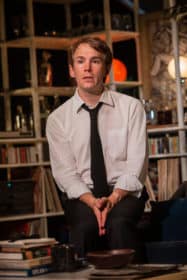 After a short first act, where Guy reveals an awful incident on holiday, toasts are made to ‘gross indecency’, David Bowie is played, and the group is loosening up. All the while Eric (James Bradwell), the painter is tending to the conservatory.

Act Two and it is back to Guy’s for a wake. Warring couple Benny (Stephen K Amos) and Bernie (Alan Turkington), are a breath of fresh air, taking the energy up a level.  Bernie’s monologues on the virtues of conservatories and Benny’s rough and ready bus driver bring laughter and another layer.

Revelations begin to unravel as it is disclosed who Reg had been secretly sleeping with. Benny alludes to the fear of AIDS when checking his body for signs.

In the final scenes the energy levels drop with an ending that seems drawn out and disconnected, as John and Eric’s interaction misses the mark.

There are highs and lows in this piece. Maybe the message and awareness of the devastation AIDS can still cause need to be ramped up for 2021, or are we all a bit too aware of pandemics at present?

Finally, the Turbine front of house staff, deserve a shout out. They were as accommodating and attentive as Guy in his living room!

Southwark NewsLifestyleMy Night With The Eighties