Projector and Slide Comedy at The Miller 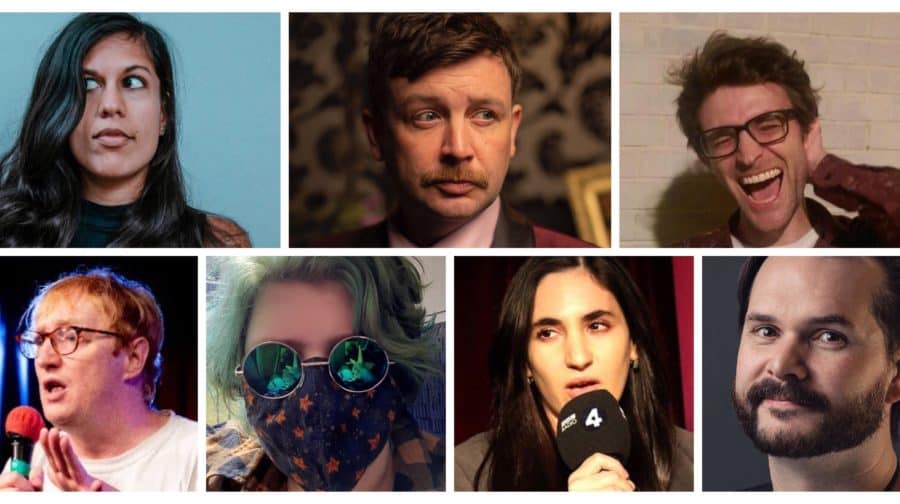 James Walsh is a Wimpy Bar connoisseur and comedy promoter who mainly promotes comedy nights that he is in. So, a wise chap on both points. Plus, he’s a South Londoner, which puts him right up there amongst the medal winners, writes Michael Holland. 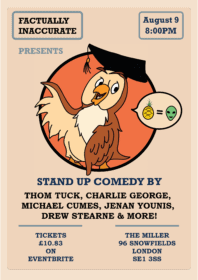 After years on the London comedy and improv scene he joined forces with Maddi Sainsbury who, ‘has an encyclopaedic knowledge of established and up-and-coming funny people,’ claims Welsh. And just like the Spice Girls these two became one and called themselves Factually Inaccurate Stand-Up and began to set up their own monthly night of comedy.

To explain their name, James adds, ‘Ours is a faux-lecture format, where we ask our comedians to give a funny talk on something they’re interested in. We have a projector and slides are encouraged. We love seeing how people interpret our remit: some just expand their tight five minutes and give their routine a quasi-academic name; others do lots of arcane research and enthusiastically talk about marine biology. All approaches are valid.’

The twosome’s next evening of factually inaccurate stand-up is August 9th when, the comic informs me, ‘you can see legend Thom Tuck, he of a thousand voices and shows; multi-award-winning queer stand-up and writer Charlie George; Jenan Younis, whose own Middle Eastern comedy night Weapons of Mass Hilarity was featured in the Guardian last week; some less well known acts we personally think are great; and me. I’m good too!’

Mr Walsh has set himself quite a high bar there. However, if he is half as funny as his Wimpy blog that catalogues his attempt to eat a bender in every Wimpy bar I predict the audience will be in for a great night. And at the extraordinary price of £10.83 a ticket you would be a fool not to go and heckle him.

Southwark NewsLifestyleProjector and Slide Comedy at The Miller