With over 600 tickets sold, 1,911 suggestions for musical theatre styles, songs and settings, and a total of 1,184 views for their first ever socially distanced livestream, Olivier Award winners and Fringe favourites The Showstoppers are back with another socially distanced and completely improvised smash hit musical on Friday 28 August at 7:30pm!   Using ... 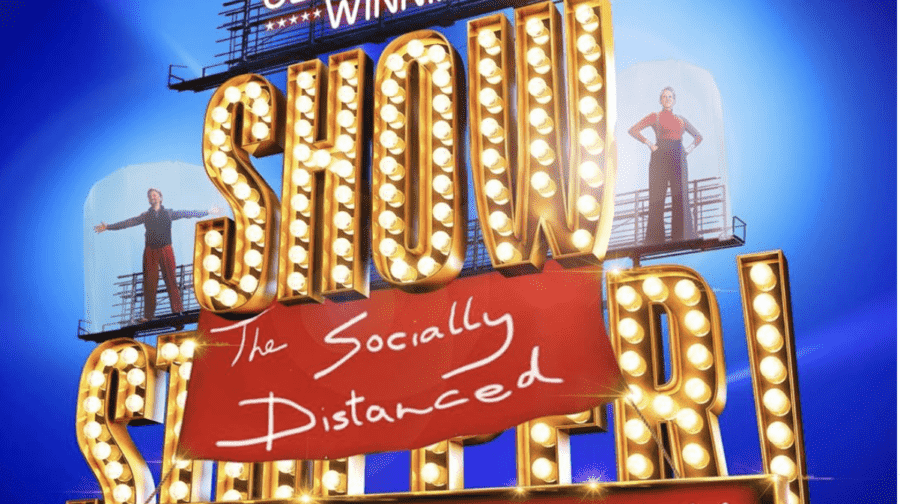 With over 600 tickets sold, 1,911 suggestions for musical theatre styles, songs and settings, and a total of 1,184 views for their first ever socially distanced livestream, Olivier Award winners and Fringe favourites The Showstoppers are back with another socially distanced and completely improvised smash hit musical on Friday 28 August at 7:30pm!

Using state-of-the-art technology and rigorous social distancing, the company will take live suggestions from the audience watching at home to create a full-length brand new musical, while socially distanced from each other behind clear screen.

So whether you fancy ‘Hamilton’ on Hampstead Heath or some Sondheim set in a castle, you say it and – as always – The Showstoppers will make it happen!

The show will be available to watch for 48 hours after the live event so those who can’t watch it live, can catch up after.

The livestream link will be sent to ticketholders 2 hours before the performance.

Every ticket sold helps to keep these talented artists working and the company to stay afloat during these trying times.

Watch this link to catch the Showstoppers experimenting in action: https://youtu.be/xiHphre8474

Showstopper! The Improvised Musical has been a rip-roaring success since the show started in 2008. It has had 12 sell-out years at the Edinburgh Festival Fringe, two West End runs, an Olivier award for Best Entertainment and Family Show and a BBC Radio 4 series. In the show, the audience meets a writer of musicals who is on a deadline – and needs their help. The audience shouts out suggestions of a setting, musical styles and the title of the show and they’re off! The Showstopper team – cast and band – then weave a brand-new musical in front of the very eyes of the audience, complete with hilarious characters, fabulous dance routines, beautiful songs, epic story lines, all sprinkled with the pizzazz of a Broadway show. During lockdown whilst The Showstoppers are prevented from improvising musicals together – technology isn’t yet fast enough to keep up with them across multiple locations! – the company have been entertaining audiences by turning their talents to writing and recording songs from their homes. During this period they have completed 24 Hour Song Challenges for the likes of Elaine Paige, Ramin Karimloo, Derren Brown and Jenna Russell, featuring a subject matter and a musical style of each celebrity’s choosing, three full episodes of The Showstoppers’ Online Storytime for Kids and a livestreamed Alternative Eurovision Song Contest. Online Storytime is based entirely on children’s suggestions offered on social media which is then improvised at home, recorded and edited into brand new content for families. The Alternative Eurovision Song Contest was staged as a tribute to this year’s cancelled Eurovision Song Contest and featured original songs by both the Showstopper cast and special guests and raised over £7000 for The Care Workers Charity.

The 24 Hour Song Challenges, Online Storytime episodes and the Alternative Eurovision Song Contest can be watched on www.showstopperthemusical.com

The ShowstoppersShowstopper! The Improvised Musical