The Dead and Dying Brought to Life 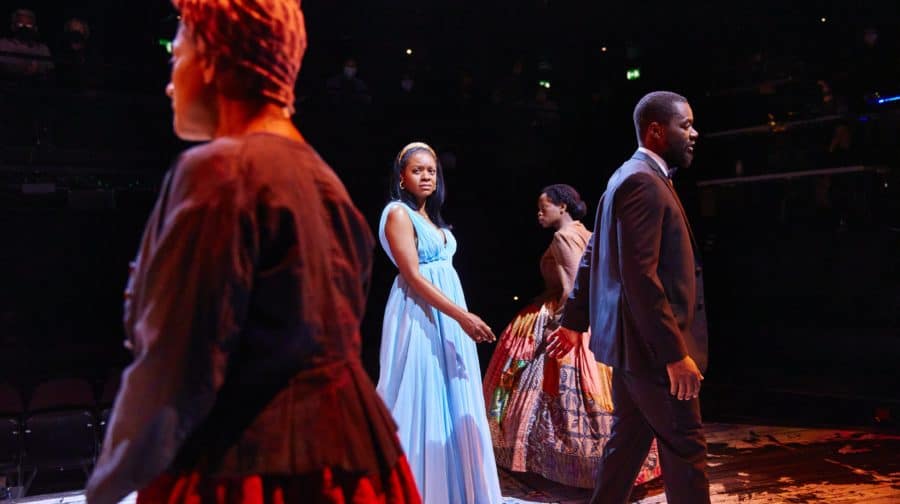 Winsome Pinnock’s Rockets and Blue Lights is a phenomenal piece of work that comes at the right time, writes Michael Holland.

The title is from a JMW Turner painting, with Turner played ably here by Paul Bradley, though the basis of the story is from another Turner artwork, Slavers Throwing Overboard the Dead and Dying. It is the long brushstroke of time that takes the play from the first slaving raid on the West African coast in 1564 up to the present time when a film – Ghost Ship – is made about the painting.

It opens with two black women viewing the work, one sees it as Turner highlighting the horror of black people murdered by being thrown into the sea and the ship’s owners reimbursed for ‘lost cargo’ in an insurance claim; the other asks why you can’t actually see black people drowning and the horror on the faces of those poor souls. Two valid points that continue throughout. 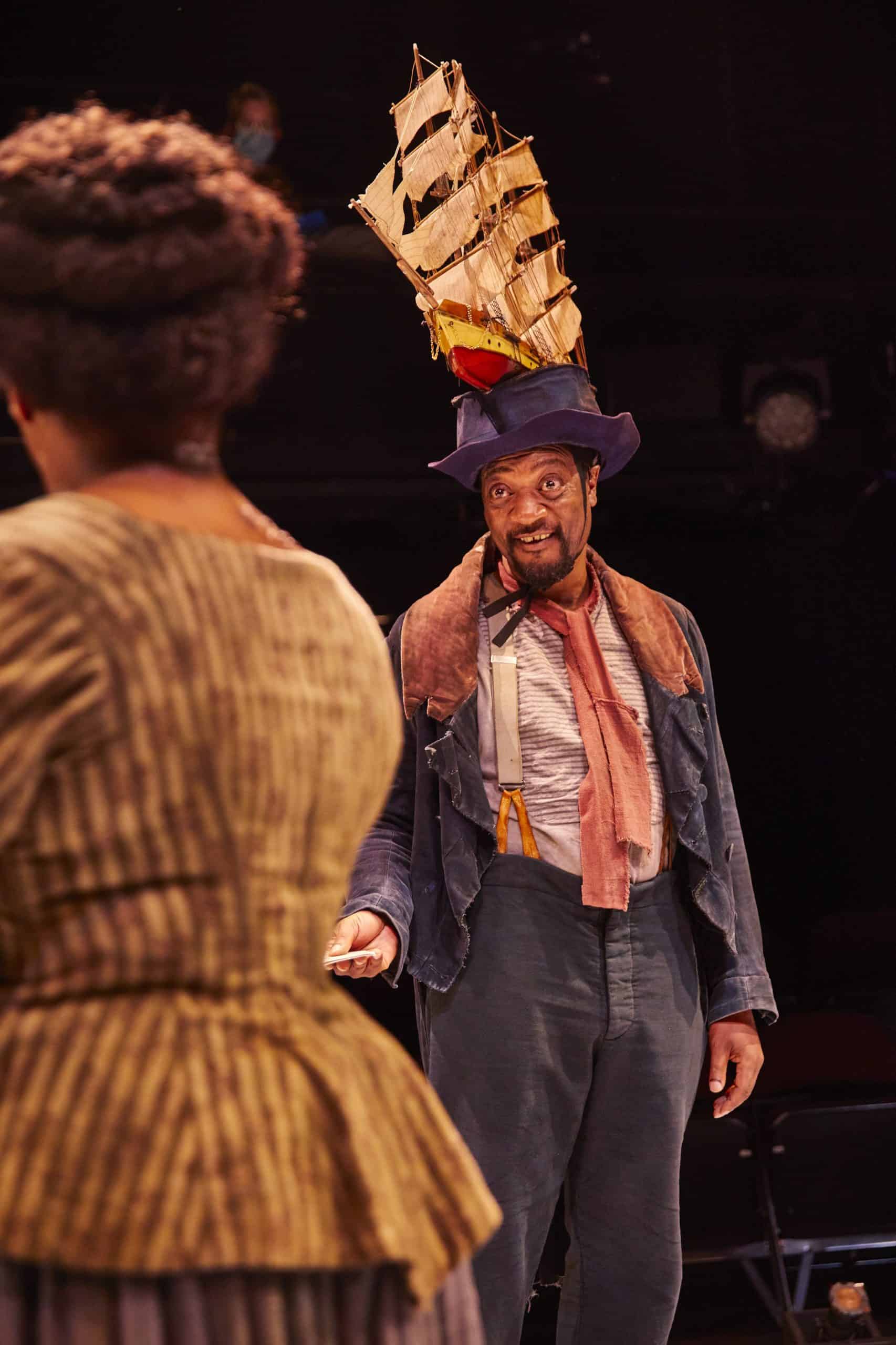 We then jump to rehearsals for the forthcoming film. The lead actress questions why script changes make it more about Turner and not the actual atrocity that is depicted in oils. Again it is the white male superseding the black person. A continuation of white people rewriting or erasing black people from history.

Rockets and Blue Lights then becomes a series of vignettes from different moments in time, each scene change sees the actors exiting the stage in quivering blue light, in slo-mo, as if they were floating beneath the sea. Or drowning. At some point in the performance, I noticed that there had been a constant sound of running, trickling water. Imperceptible at first, but now as if I was caught in a torrent.

The actors double up their roles and I often struggled to keep up with their characters as each told a different story, either personal or an ancestral tale handed down, though all linked by the ebb and flow of time.

The whippings, the abductions, the story of the baby taken to be the pet of a rich man’s son, the ship cursed because of its slaving days all fed into a narrative swimming towards a 21st century reality. The early confusion cleared. The transparency of white virtue-signalling in a white, male-dominated world was evident when Ghost Ship won awards. But not awards for everyone.

Some of the scene/time changes infused with each other, adding a little light humour. And in a subject so far down in the darkest depths a little light was needed, but I found it misplaced. I did not want to laugh, I wanted to feel the pain. With instances of racism in the papers on a daily basis there should always be space for the hard truth.

In such an ensemble piece as Rockets and Blue Lights it was difficult for anyone to stand out because everyone worked so hard to make this a collective triumph. The ending evoked an immediate standing ovation.