Congregation is the best fiver you have ever spent 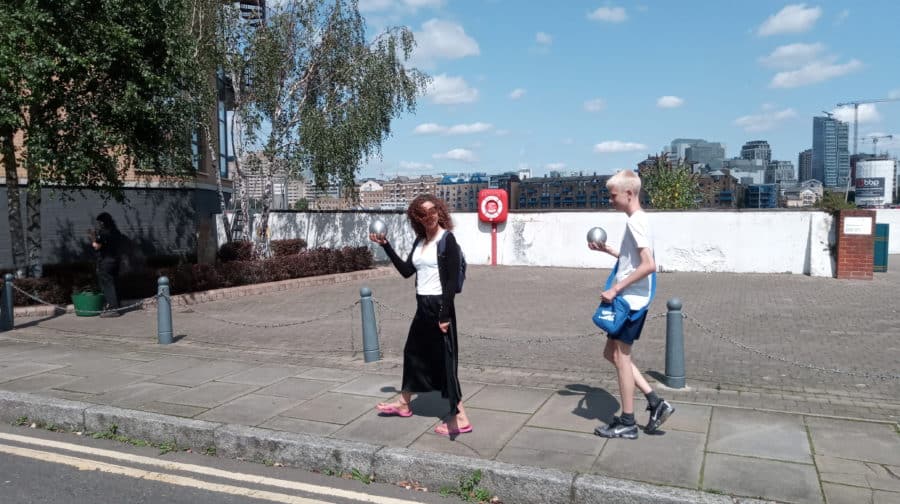 Let a magical sphere take you on a journey to a secret location in London Bridge and surrounding areas, guiding you by sound alone, said the blurb for Congregation as it enticed me in. Go on an amazing sonic voyage, it continued. And within minutes of reading this text of temptation I was hooked and booked on the journey, writes Michael Holland.

Just £5 gets you one Orb, which is enough for a group of four, and the day before your trip takes place you are given one of five secret start points around the London Bridge and Tower Bridge area. Me and Team King were directed to Bermondsey Wall West where we convened with a Guardian of the Orbs and the others setting off from our secret venue.

The silver spheres were turned on and began throbbing and emitting a low, pulsating sound that gave them life. It also gave them authority. After a short briefing each group was handed an orb, which was now their leader. Each group had to go where the orb instructed or else the orb got angry! 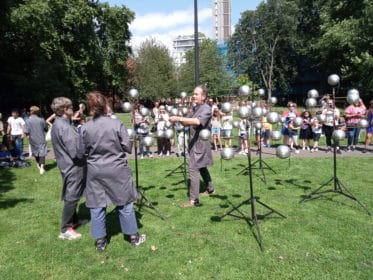 When you are walking in the right direction your spherical leader is pleased and makes happy sounds. Divert off the chosen course and you will sense its wrath through the vibes given off. By following the signals you will eventually find yourself in Orb Heaven, where all the Silver Spheres congregate and signal by song to each other.

That is where the magical part comes into this experience. The orbs being delivered by their carriers, hypnotised by the mesmerising pulsing as they all aim for a central point. This is where the air is filled with electronic sound, like a Doctor Who spaceship just before it explodes.

But everyone is smiling at each other. It’s like a hippie gathering in the Summer of Love. The Guardians, moving like futuristic humanoids, take the orbs and place them on metal holders while we stand around and internally praise the sonic pulse pumping out from the Congregation altar.

Congregation is the brainchild of artist Ray Lee who says: ‘’Making work for outdoor contexts gives me the possibility of reaching many more people and something interesting happens when you take an audience outside of traditional art venues. We stop being so governed by the protocols of these spaces, from the hushed silence of the concert hall to the studious reverence of the art gallery and we can see the artwork as being part of our actual lives not as something removed from it.’

My initial thoughts on arriving at the destination were that it was all too short, but the ensuing time is then spent enjoying the congregational part of the journey; where the magic happens.

To get the most from Congregation I suggest not heading off at the same time as the others at your start point, because you might just end up following the other groups rather than listening to your orb. Remember, it is not a race, and when you are finished you might find that Congregation is the best fiver you have ever spent.