The gang of youths also tried to throw Alfie Jacobs into the park's lake. 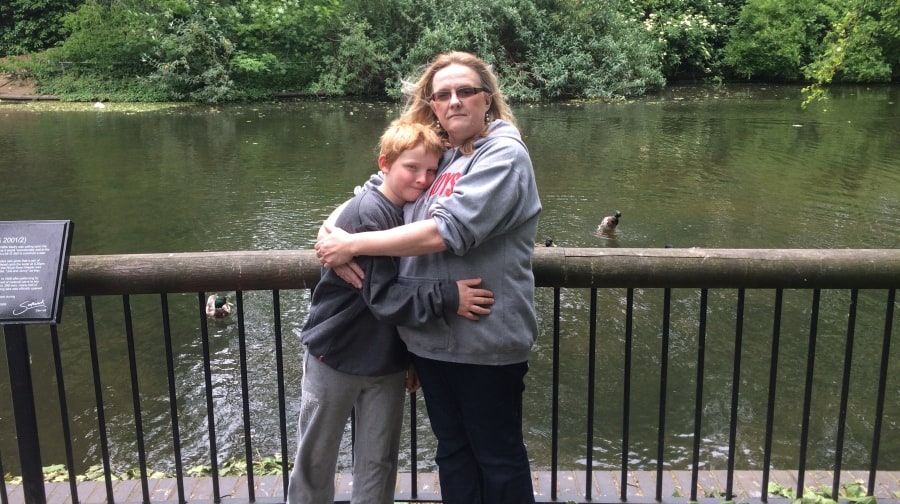 A furious Bermondsey mother has called for security at Southwark Park to be improved after her ten-year-old son was beaten with metal poles and nearly thrown in the lake by teenage “thugs”.

Karen Jacobs’ son Alfie was playing with his friends last Saturday when they were set upon by a group of older boys, estimated to be around sixteen-years-old.

Alfie told the News: “I tried to run away but they slapped me to the ground and told me to stay. They had a metal pole and whipped me with it and were also hurting my friends.”

The older youths then picked Alfie up and tried to throw him into the lake in the centre of the park. Luckily, a member of staff at the park’s cafe saw what was happening and managed to chase off the older boys.

Karen said: “The park security is shocking. Southwark Council need to pull their finger out and improve it immediately. The park is meant to be a safe place for children, but the park wardens are never to be seen and I don’t think the CCTV even works.

“When the policeman knocked on my door and told me Alfie had been attacked I couldn’t believe it. These were older people using sticks and poles. It’s disgusting and it shouldn’t have been allowed to happen. The man who stopped them is a hero, but the security wardens should have been there and done something.”

She said that on a previous occasion, teenagers had thrown a beer bottle at her son. She spent three or four hours searching the park before finally finding a security warden to report the incident to.

She said: “It’s not good enough. We are paying our council tax for this. The wardens are more likely to be  in their office than out making sure the park is safe.”

Councillor Barrie Hargrove, Southwark Council’s cabinet member for public health, parks and leisure, said: “We work hard with all our staff to make our parks a safe and pleasant place for people to enjoy and although this sort of incident is thankfully very rare, we take anything like this very seriously and will do anything we can to assist  the police to make sure that the perpetrators are caught and dealt with appropriately.”

Should a boy at the age of ten be out on his own? In this day and age NO!! Its sad to admit but our children are just not as safe as they would of been 20+yrs ago.

He was not alone there was an adult
Present but the park was locked one side and the children ended up alone .