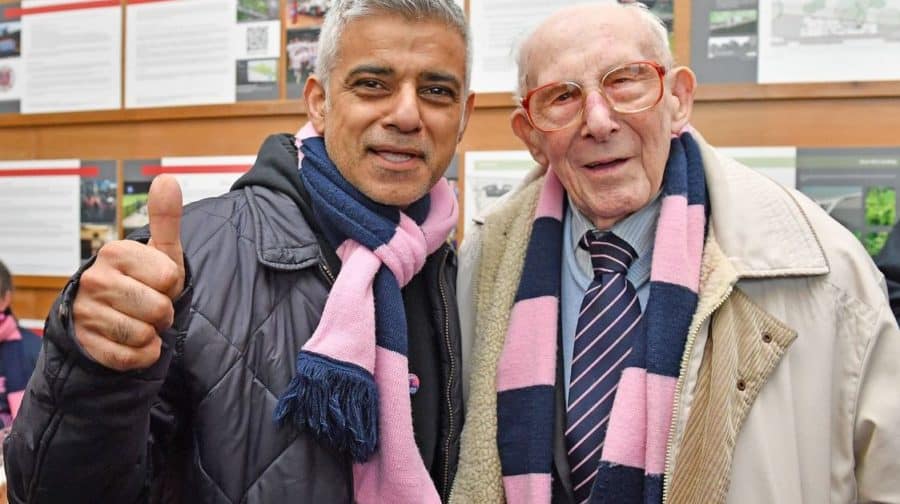 Bill Kirby, who passed away on Monday, had been following the non-league side since the 1930s.

The club said in a statement: “Bill was a regular fan both home and away, in good weather and bad, over many years and was often found at the front of the team coach directing the driver to difficult to locate away grounds.

“He recently celebrated his 100th birthday and was presented with a shirt to commemorate the occasion.”

The Hamlet supporters paid tribute on social media to Bill after the club’s announcement, with fan podcast Forward the Hamlet tweeting: “We lose another Hamlet legend. Rest in Peace, Bill.”

We lose another Hamlet legend ?

Mayor of London Sadiq Khan added his condolences in a tweet, sharing a picture of him and Bill wearing club scarves.

Local MP Helen Hayes joined the tributes, saying that Bill would be “much missed.”

Kirby revealed in a 2018 interview with the Hamlet’s YouTube channel that he remembered seeing the Hamlet’s legendary forward pre-war forward Edgar Kail play.

He said: “He was outstanding. He was as good as any other professional in those days.”