But to get Parliament to debate the need for his life-changing drugs the family need 100,000 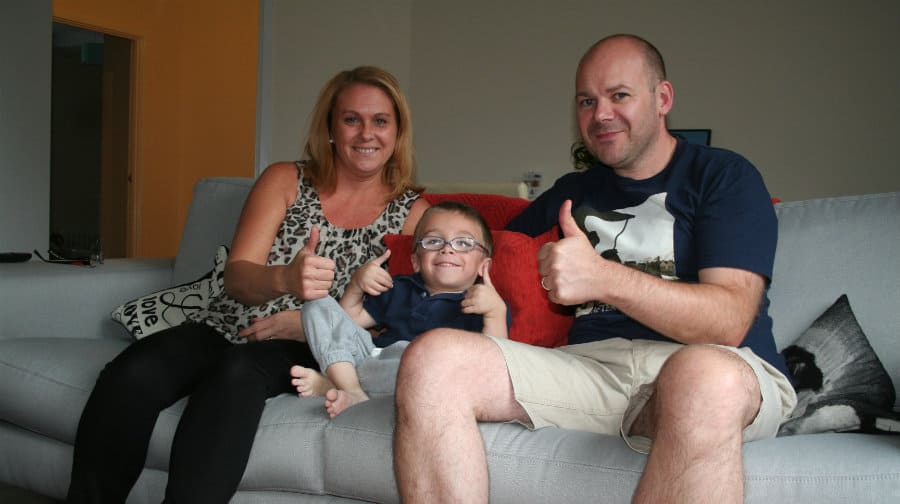 Harvey and mum and dad, Vikki and Dean

The mum and dad of a Millwall-mad six-year-old in desperate need of a life-changing drug said they were “surprised and emotional” when they reached their 10,000 signature target on their petition.

The News has been backing Harvey Brown’s campaign to get the medication he needs to be offered on the NHS since May.

Now mum Vikki and dad Dean say they have been “overwhelmed” by the help they have received.

With the help of Harvey’s beloved Millwall and local MP Neil Coyle, the little soccer star has gained support from up and down the country – even West Ham fans have joined in.

With 10,000 signatures on the petition, the family will now get a government response to their campaign.

Earlier this month Vikki, 46, and Dean, 45, of Galleywall Road, said they thought the public pressure was doing the trick as health authorities announced they were leaning towards approving the drug to treat the ultra-rare disease, Morquio, which could lead to little Harvey dying in his twenties.

After their online petition got 10,000 signatures last week, Vikki told the News: “We were all really surprised and emotional when we reached 10,000.

“It’s overwhelming the amount of support we’ve had and good people we’ve met,” said Vikki, who asked that people continue to support the petition as “every name counts.”

If you haven’t signed Harvey’s petition yet, please visit https://petition.parliament.uk/petitions/104559

Harvey in his beloved Millwall kit

Southwark NewsNews10,000 come out in support of our Harvey Brown