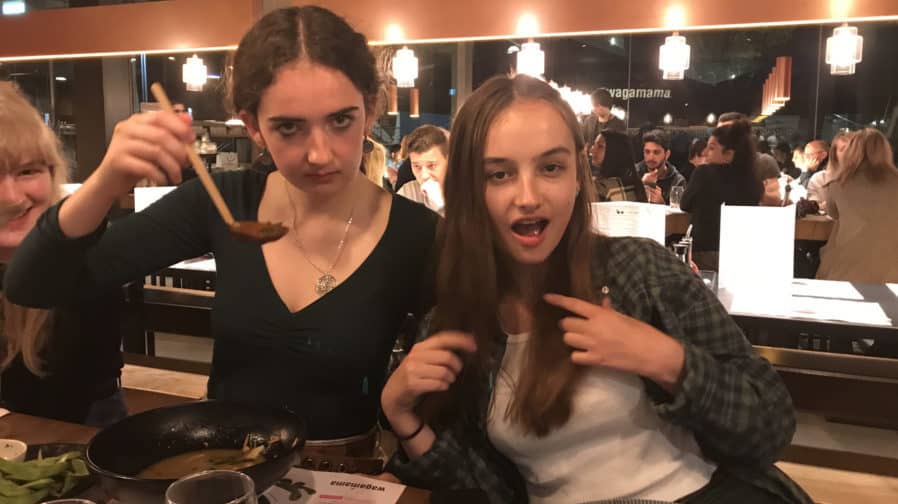 Ruby (right) with her friend Bronwen (left) before she became unwell, pictured at her favourite place to eat - Wagamama's.

The family of a Charter School North Dulwich head girl who died from a rare form of blood cancer last year have raised £10,000 for leukaemia research at a special dinner event.

Ruby Fuller, from Herne Hill, was just seventeen when she was diagnosed with T-cell lymphoblastic non-Hodgkin lymphoma in July 2019.

After receiving chemotherapy, radiotherapy and a stem cell transplant, she went into remission in February 2020.

Just weeks later, doctors discovered her cancer had returned and had developed into leukaemia. She passed away in May 2020, asking her friends and family to carry on her legacy of kindness and calling out injustice, and to follow her motto of ‘Live Kindly, Live Loudly’.

After her death, Ruby’s parents Emma and Dylan set up a fund in her memory to raise much-needed funds for research for the Children’s Cancer and Leukaemia Group. 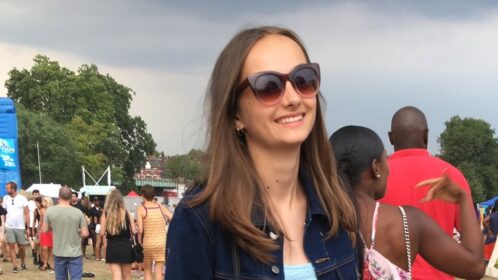 To date, Ruby’s Live Kindly Live Loudly fund has raised more than £55,000 with the help of friends, family and the wider Charter School North Dulwich community.

Last month a further £10,000 was raised at ‘Ruby’s Dinner Party’, an online cookalong hosted by Wagamama’s head chef Steve Mangleshot, who demonstrated how to cook Ruby’s best-loved dishes, including katsu and gyoza. Dulwich and West Norwood MP Helen Hayes was one of those in attendance. She described Ruby as an ‘inspiration to many’.

Emma told the News: “The evening was a great success, with almost 300 people joining in to cook their very own yasai katsu curry.

“Ruby loved Wagamama and craved their food while going through chemo and we planned a big meal out with all her friends to celebrate once she was out of isolation post-transplant.

“But then her cancer relapsed and we all knew she didn’t have long.

“The country was in lockdown at the time, so we couldn’t even go out for dinner, so one of my oldest friends contacted Wagamama and asked if they could arrange a delivery.

“They were very moved by the story and Steve personally cooked and delivered her favourite food to our house. 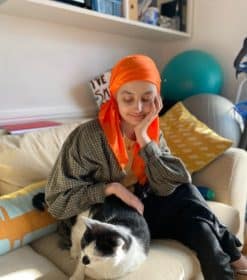 Ruby, weeks before she passed away during lockdown in 2020

“This was just 36 hours before Ruby died. It was a very lovely gesture and meant the world to her.

“I wrote to him to say thank you, and he asked if there was anything he could do to help, and the idea of doing a cooking demo of Ruby’s favourite food came to me.

“After she died, Ruby’s consultant told us that in cases like hers, they don’t have the answers yet, but she hoped they would very soon.

“The only way they will do that is with funding. We all want to be able to improve the chances of others that are unlucky enough to be diagnosed with this in future.”

In a cruel twist of fate 2020 was a year of double tragedy for the Charter School in Dulwich after Karla Pappon, an assistant special educational needs coordinator, passed away in October.

She was involved in an accident during a London to Brighton sponsored ride with nineteen other members of staff in September, held in honour of Ruby.

More than £15,000 was raised towards Ruby’s fund from the bike ride.

The family have set an ambitious target of raising £100,000 by the end of the year – and are already two thirds of the way to achieving it.

To watch a video of the event, and learn how to cook the dishes, visit: https://www.youtube.com/watch?v=DTHvLYz4dzE

To find out more about Ruby’s fund, visit:: https://specialnamedfunds.cclg.org.uk/rubys-live-kindly-live-loudly-fund