'Be in no doubt, many pubs are already on the edge and could not survive any further restrictions to trade' 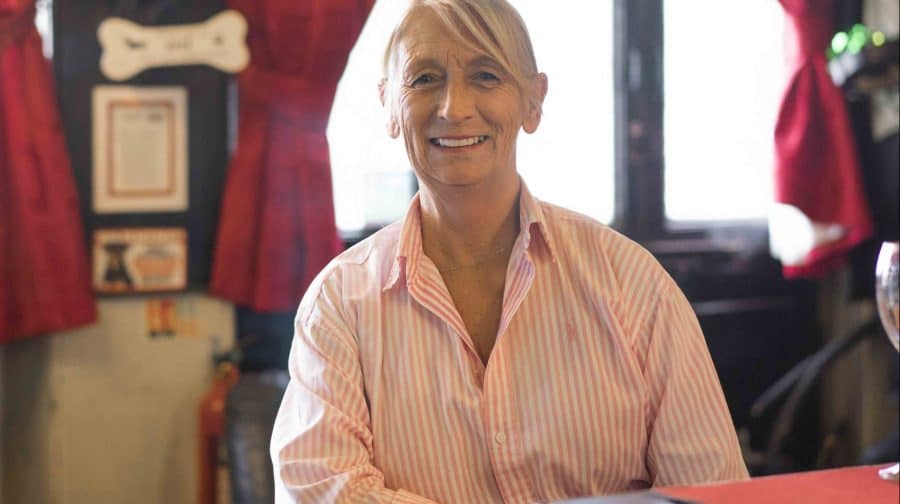 Julie, the landlady at the Nag's Head, pictured in July when the pub first opened after lockdown

Pub managers are aghast at the new 10pm curfew and further restrictions including table service only.

Julie Mockler-Clifford, the landlady of Camberwell’s The Nag’s Head, described the new rules as the ‘last straw’.

“I fought so hard to keep this pub open,” she told the News, saying she had even sacrificed her own wage to continue trading. She says even with extra financial support there is only a ‘slim chance’ the pub will survive.

The managers of the Prince Regent in Herne Hill are among those to question the evidence behind the government’s decision, arguing there was no significant spike in cases when pubs reopened on July 4. The government has repeatedly said transmission of the virus mostly occurs within the home.

Last Thursday’s takings at the Dulwich Road boozer were down 35 per cent compared to the previous week, with an extra member of staff working to enforce the new rules.

A pub industry group, Campaign for Pubs, has written an open letter to Boris Johnson on behalf of landlords across the country, saying lockdowns and curfews threaten thousands of families with hardship, arguing: “Already many publications are facing serious anxiety about the situation and current levels of trade.

“Be in no doubt, many pubs are already on the edge and could not survive any further restrictions to trade.”

The Licensees’ association described the blanket curfew as ‘devastating with ‘no basis in evidence’ that ‘singles out a profession and will destroy us’.