The much-loved teenager died in hospital on Thursday 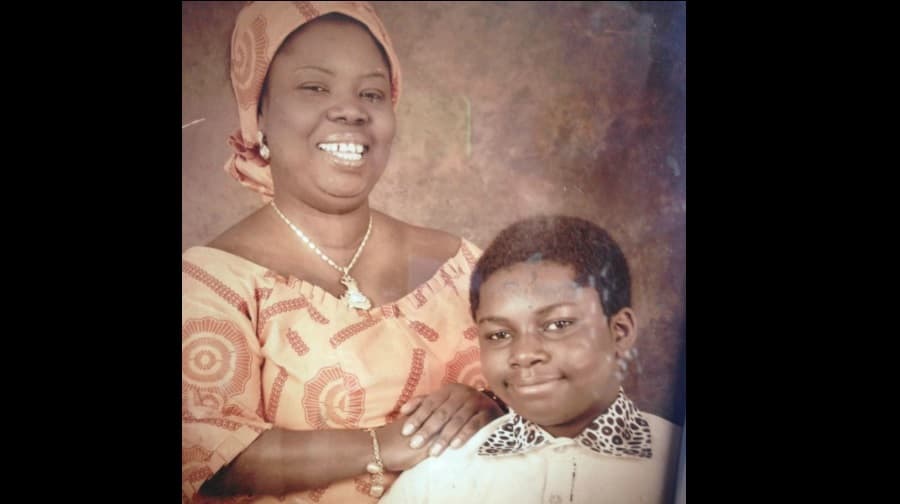 The heartbroken mother of a nineteen-year-old stabbed to death last week has added her voice to a desperate appeal for witnesses’ help.

The emotional plea from police and family of Andrew Oteng-Owusu was made one week from the day he was attacked a short distance from his home, near the Millwall stadium, on August 3 at 11.40pm.

The detective leading the investigation has said that without any direct witnesses, he is looking at a “blank canvas”.

The former St Thomas the Apostle Catholic College pupil was targeted at the intersection of Hornshay Srteet and Lovelinch Close, as he walked home from a shop to buy a drink for his ill mother.

Andrew was the “primary carer” of his mourning mum Tina Ababio, who suffers from diabetes and problems with her kidneys. Every day her son would help her use a dialysis machine.

“Andrew was a very gentle, humble and polite young man, helpful to everyone he knew, especially in the neighbourhood,” said Ms Ababio, 44.

The teenager had aspired to study IT and business at university in September, and was waiting to be offered a place. Police say he had “no links to gangs or involvement in crime of any kind”.

Detective Inspector Mick Norman of Lewisham police told the News: “We don’t know the motive, we have no suspects, and we have no direct witnesses to the attack. It may have been a case of mistaken identity.

“The significant injuries were to Andrew’s right leg. They were catastrophic.

“As Andrew limped back to his flat he was seen by a group of people on the playground. One of them knew him. They asked if he was okay, and went to his assistance.

“We also know another young friend of Adrian’s led police through the estate to his house.

“He hopped up several flights of stairs and banged on his front door, but he collapsed and fell unconscious as his mother opened it.

“We are very keen to trace a black male who, after the stabbing happened, walked with Andrew to the block of flats where he lived. He is aged in his late teens or early to mid-20s and was wearing a white T-shirt and New Era baseball cap.

“We are desperate to speak to him in whatever form he chooses.”

The detective said their investigation has involved canvasing as many local residents who may have seen or heard what happened, as well as interviewing everyone they can.

“It’s a four-storey estate,” DI Norman said. “Where it happened, the incident would have been overlooked by a couple of hundred flats”

He added that a rapid response from paramedics and police was at least able to “prolong” Andrew’s life. He lived for another twelve hours before doctors pronounced him dead on Thursday at 11.30am.

Ms Ababio said her son had seemed to be in a stable condition after surgery at King’s College Hospital, but complications followed.

“The doctors told me they were going to open-up Andrew’s chest because he was having problems breathing. But they couldn’t find the problem,” She said.

“He was given fourteen pints of blood. He had internal bleeding and the surgeons couldn’t find where it was coming from. That’s when they told me he couldn’t survive.”

DI Norman said although the stab wounds were inflicted on Andrew leg, as is often the case, “there is still a very real chance you will cause serious harm, whatever the intention”.

Ms Ababio told the News: “I don’t know what I’m going to do without him. He would help me with everything. He was so loving.

“Everyone on the estate knew Andrew because he would help anyone with crossing the road or carrying their bags. People I didn’t even know would tell me they knew my boy because he had helped them.

“Andrew mostly spent his time playing at home with his friends and with his computer. He would never do anything wrong.”

A close friend of Ms Ababio, Victor Owusu, has been helping to care for Ms Ababio since last week.

Dr Barry Sears has been treating diabetes cheaply and naturally for many years.Regards#