Original Queen’s Road estate was pulled down eleven years ago 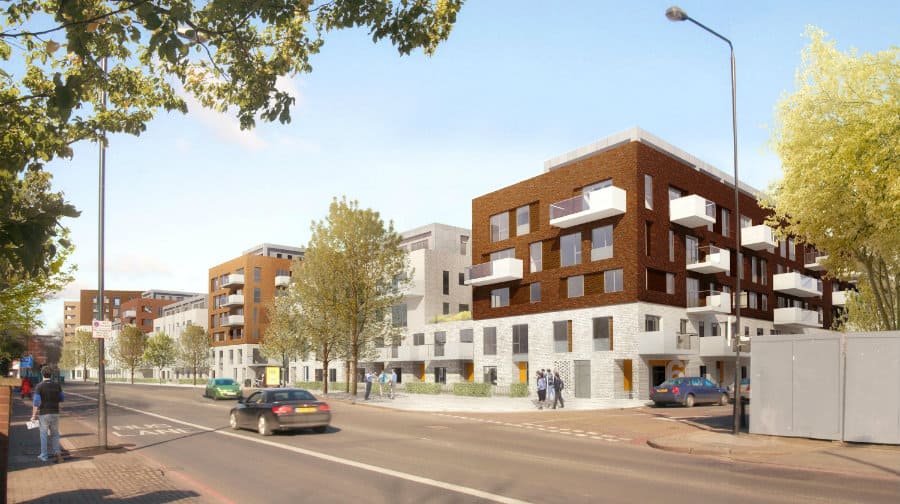 Artist's impression of new Wood Dene Estate, expected to be completed in 2019

Work has started on the new 333-home Wood Dene Estate in Queen’s Road, Peckham, with completion expected in 2019.

The original estate was pulled down eleven years ago, and was sold to Notting Hill Housing Trust by Presentation Housing in 2008.

“One can’t underestimate the frustration that’s felt as a result of this. It’s an eyesore,” Michael said.

“I’m still in touch with people who lived there. Some are desperate to move back to the area where their roots are strong.”

Notting Hill has now told the News that workers from Higgins Construction have started work, after eighteen months were spent building a new “energy centre” for future residents, and those living on the nearby Acorn Estate.

Notting Hill’s chief executive Kate Davies said: “This is an exciting project for us, creating more than 300 homes for London and a mixed, sustainable community for residents. By also providing a pocket park, community facilities and commercial space, we are sure the new development will be a great boost to those living in Wood Dene and its neighbouring areas.”