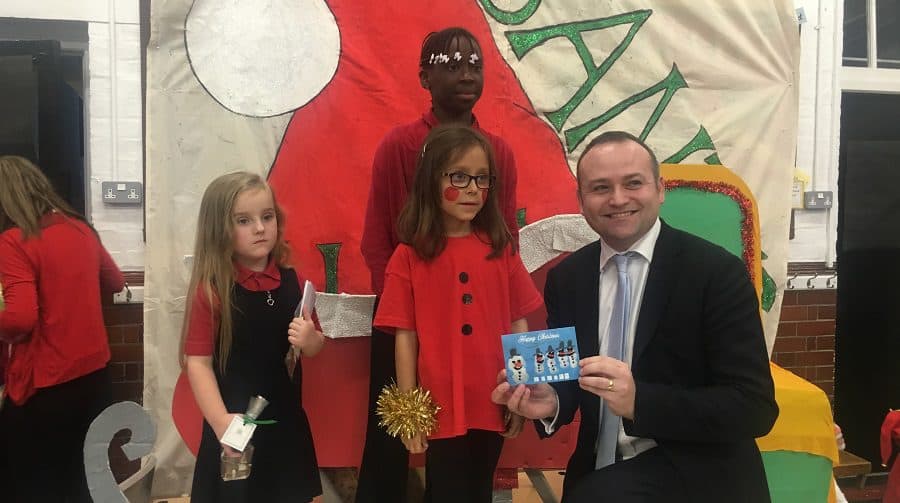 Nearly 2,000 copies of a primary school girl’s prize-winning Christmas card have been sent around the borough by local MP Neil Coyle.

Seven-year-old Sofia Yawata-Golvicyte’s design was judged as not just the best at Dickens Primary School, but of several schools that took part in the card-making competition.

Neil, the MP for Bermondsey and Old Southwark, visited the school on December 13. “It was fun,” he said, “they showed me a performance of the school play, ‘Where’s Santa’s Hat?’.

“Sofia seemed really pleased with the fact that she had won, and her parents were proud. But I had to leave early because a vote was also going on.”

Jo Gemmell, who choreographed the school play, said: “We usually do a card-making competition, but this was the first time we were approached to take part in one that’s run by the council. It was really lovely and we had a huge amount of entries to choose from.”